One day there was a wolf. Her name was Nokomis, and on that day she was in the woods. While being in the woods, Nokomis had encountered two people. One had really fluffy looking dark brown hair and he was holding a sword. The other one had light brown hair and also was holding a sword. The light haired brunette had been wearing a black and red checkered jacket, a white shirt underneath, and dark blue jeans. The (normal haired) brunette had been wearing a suit.

Anyways, that wolf had caught their attention. She was running away from them, though she was in her human form she had her wolf ears and tail out. She was just looking for prey when she ran into them. She thought they wouldn't notice her but luck wasn't on her side, it hardly was, and they heard her walking and saw her wolf ears. They immediately started after her, thinking she was planning something bad. All they saw was a wolf wandering dangerously close to them. But the wolf wasn't bothered by them one bit, until they started yelling at her.

﻿It intimidated her, so she fully turned into a wolf and started to run away. They started to chase her, holding their weapons near her. She ran faster and faster till she was a safe distance, then she made a sharp turn. The wolf lost them, but she made a wrong decision, slowing down to a walking stance. They managed to follow her, their plan to capture the wolf and torture it, maybe even cook and eat it. They didn't care if it had a life of it's own, it was just a piece of meet to them.

﻿The wolf was soon captured, the two blocked her path and started to attack her. Her growling was useless, they weren't scared of her anymore. She tried to attack one, but the other had the one's back and would slash her fur. The only blood spilled was her own, the wolf couldn't attack after getting a big gash on her side. She whimpered loudly then gave out a cry for help, but nobody came. The wolf yelped out loud, another cry for help, but not a single wolf came to her desperation to stay alive.

Nothing worked. The wolf was captured and tortured, they used the wolf as a pet. The wolf had no choice but to comply, though thinking of an escape route. 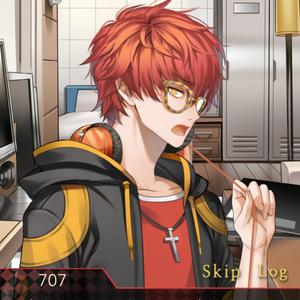 The wolf is captured, she's without the help of her pack. 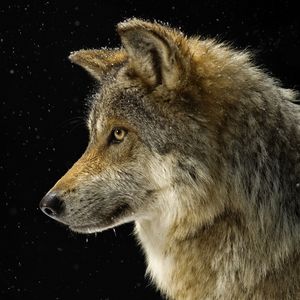 Nokomis, a pitch black, female wolf. The only survivor.
Subscribe 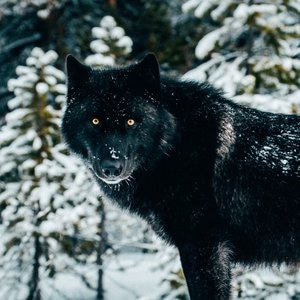