It's a Dysfunctional Eternity

I was thoroughly confused when I felt myself regaining consciousness—I could have sworn I died.

I realized I was laying on the worn floorboards of the attic. The room was dimly lit and the aroma of cigarettes and marijuana stung my nose. The phonograph downstairs wailed faintly in the background, churning out the tunes of King Oliver. A sudden wave of nausea hit me and I quickly sat up, alarmed, sweat profusely dripping from my hair. Jaxx shoved a bucket into my arms and I proceeded to puke more than ever before. I gripped the bucket with ferocity, feeling my arms tremble as I clutched it. Once the vomiting subsided, Jaxx gently pushed a bottle of vodka to my side.

“Really?” I sighed, “I almost died and now you want me to drink with you?”

I did as he said, my mind racing as I tried to remember how I got into this situation. My friends and I were invited to Jaxx’s party, an offer we couldn’t resist. Jaxx represented all the rebellious, anti-establishment angst of the era, and being in good with him meant access to three fantastic things: drugs, people, and connections. Jaxx, dubbed “King of the Underworld”, knew everyone and everything. He was notorious for giving everyone one hell of a time, and that is exactly what drew me into becoming closer with him, much to my family’s dismay.

I spit the vodka into the bucket and realized that the alcohol eradicated the taste of vomit in my mouth. I put the bucket to my side and Jaxx pulled it out of sight.

“What happened?” I asked.

Jaxx finally looked me in the eye, his neon orange hair falling over his cat-like irises. He stared at me, his expression blank and unreadable.

“What do you remember?” he replied sternly.

“...I had a blunt with you and some other guys, right?” I recalled.

“I took some hits off it, then realized I took in a lot, and I remember beginning to disassociate...and--”

A sharp pain shot through my neck and cut off my train of thought. I winced, rubbing the area to feel two puncture points.

“Yeah, well, the joints that shithead gave me were laced with something, and while I was out of it, the party was stormed by some fucking creeps,” Jaxx spat, rubbing the back of his neck. He inched closer to me and pulled my hand away from my neck, studying the wounds I just ran my hand over.

“Dude,” he chortled, “you’re in for the surprise. I don’t even know how to tell you.”

“Tell me what?” I stammered.

Jaxx reached behind him and retrieved a small sheet of polished metal. He handed it to me and sat back, leaning back on one arm.

I looked into it and shouted in disbelief. My hair, once dirty blonde, now shone a deep silver; my eyes, once hazel, now shimmered bright red. I tossed the metal to the side.

Jaxx shrugged and handed me a hand mirror. “You won’t have much luck.”

I looked into the mirror to find I had no reflection at all. Panicked and confused, I threw it across the room, watching it tumble and finally shatter across the floor.

“Now that’s going to give you some shit luck,” he chuckled.

My eyes shot at him in shock. “Why do I look like this? What’s wrong with me?”

“You’re not going to believe what I’m about to say,” he replied, “but I promise I’m not bullshitting you, got it?”

I gulped and nodded.

“The creeps that ruined the party were vampires. Whatever extra drugs were in that weed made me feel like shit, and by the time I returned to my senses, they were devouring you. I stopped them from killing you, but you had already turned. That’s why your hair and eyes are different colors--vampirism.”

For a moment, I sat in a stupor, completely dumbfounded. I leaned back on one arm, sputtering in my attempts to take deep breaths. My mind swirled in fog, and when I finally felt able to speak, I forced only a few words out of my mouth: “Vampires are real?”

Jaxx threw his head back and laughed heartily, its vibrato echoing off the walls. “This is why I love you, Rune, of-fucking-course vampires are real. You’d be surprised how many ‘people’ you know aren’t people at all.”

And with that last statement, Jaxx reclined on the floor, hands behind his head, and levitated. He effortlessly floated a few feet above the ground and waved both hands in a circular motion. A puff of smoke materialized from his palm, and when it dissipated, a cocktail appeared in one hand and a joint in the other.

“Demon,” Jaxx corrected, eyes fixated on the drink, “Ancient demon.” He stirred the ice with the straw and took a quick sip. “You know the Divine Comedy? Dante?”

Jaxx took a long draw off his blunt and blew smoke rings in my face. “Who do you think gave him the idea?”

Overwhelmed, I shifted onto my knees and tried to stand, but merely fell backwards in a stupor, my entire body trembling.

“Undead, technically, and you’re going to be weak unless you drink blood, dude.”

“Dude, take a deep breath,” Jaxx reassured. The cocktail and joint disappeared as he lowered to the ground. He returned to kneeling on the floor beside me, placing a hand on my shoulder. “You need to breathe for a second and listen to me, okay? You got that?”

“You have to drink blood, you have no choice; but lucky for you, I know a way you can get blood without havin’ to kill anyone.”

My eyes widened. “What do I need to do?”

“Well,” Jaxx leaned back, “I can conjure you an unlimited amount of blood, whenever you want it, wherever you want it...but the deal comes with one condition.”

I held my breath, debating the idea of making a deal with a demon. It was long rumored throughout the criminal underworld that making a deal with Jaxx was a date with the Devil, and that came without the knowledge of his true identity. His power and influence in the community meant that if you betrayed your end of the deal, you would regret it as long as you lived. Though we were friends, I never made deals with him on the basis of these rumors, and any other time, I would have immediately declined, but we both knew my options were limited.

Jaxx paused at length before sitting up straight and beaming. “Live with me!” he exclaimed. “No offense, you don’t have much to offer me, but I like you, and I think your presence would be a nice break from my roomie.”

“Roomie? I didn’t know you had a roommate.”

Jaxx floated upwards once more, stretching his sore limbs. He rose to the rafters and hung upside down from a board like a child on a tree branch. “Well, he’s a fucking buzzkill, and he doesn’t live here, that’s why. You think I would let these people into my real home?” he chattered, “I have a completely separate house that Theoden maintains. He’s anal about cleanliness, so I get a clean house out of our deal, and he serves as my cover-up. Sure, he’s an elf, but he can pass for a human like you wouldn’t believe, especially with the kind of life he lives. He’s not too bad, keeps to himself, but man, wouldn’t it be fun? The two of us, and Theoden, kind of, as buddies! For eternity! What do you say, Rune? Roomies?”

Without precedence, I had been plunged into an alternate reality where I, a vampire, had lost everything I’d ever known. Returning to my family and posing as a human being became out of the question, and everything envisioned for my future was now shaken at the core, fading away like the smoke from Jaxx’s blunt. In this new reality, with no plans, no ideas, and no options, rooming with a demon and elf in return for blood sounded decent enough.

I smiled, the first happiness I felt since the entire ordeal began, feeling some solace in the fact that I wasn’t completely alone in this completely new life. “Sure, Jaxx. Roomies.”

Jaxx grinned ear to ear, exposing his jagged teeth. “Perfect,” he cheered, “then it’s time for me to hold up my end of the deal.”

He flipped right side up and descended to the floor once more, this time choosing to stand before me. With the wave of a hand, he produced another cocktail.

“Bloody Mary,” he handed it to me, “literally.”

I snatched the glass from him, the smell of the blood suddenly overpowering all other senses. I chugged the cocktail, and as it washed down my throat, a radiating warmth pumped through my body. I finished the glass in the blink of an eye, and before I could say another word, Jaxx handed me another. As I gulped, the adrenaline in my veins gave me strength and ferocity I never thought possible.

When I finished, Jaxx flicked a wrist towards the glasses and they disappeared. I looked up at him and he extended a pale hand to me. As the new blood pumped through me, I looked towards the future with a new flame within my chest. Every event pre-planned by my family cast aside, every ambition at my fingertips, the world shimmered in a new light. I had no clue what was in store for my future, but for the first time, I felt no fear, no heavy expectations weighing on my heart, nothing holding me back. Taking Jaxx’s hand served as a window into that “hell of a time” I always knew he possessed.

I accepted Jaxx’s hand and he pulled me up. He threw an arm around me, smiling brighter than I had ever witnessed from him before.

“Welcome to an eternity of camaraderie, Rune.”

Smiling in return, I bared my new fangs. 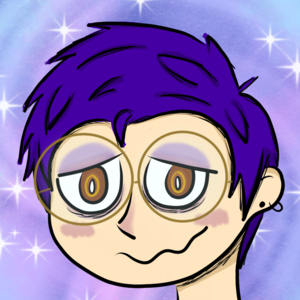 In Part 1 of this prologue, Rune recalls the moment he became a vampire.

CONTENT WARNING: This chapter contains images of drugs and alcohol. 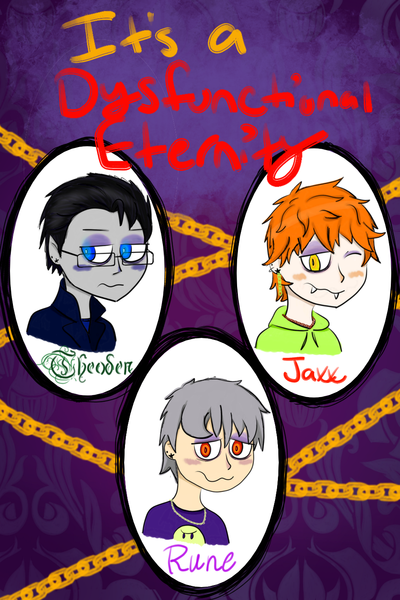 It's a Dysfunctional Eternity

Lurking within the depths of the human world are the fantastic likes of vampires, demons, and elves-though calling these three roommates "fantastic" is a bit of a stretch. Follow along as Rune, Jaxx, and Theoden trek through the human world together, embarking on misadventures only an emo vampire, chaotic demon, and sophisticated elf could get themselves into.
Subscribe 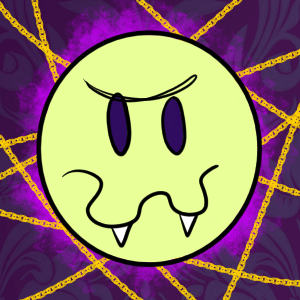