It was a dark and stormy night. That is how most dinosaur stories start, isn’t it?

No? Well, this one does. My name is Jack Silvercauther. You may or may not know me. If you don’t, then hello, how is your day today? Well, anyway, if you read this, your day may not be so good.

Ok, you are still here. Go away.

No? Okay then. Let us begin.

It was a dark and stormy night, and 54-year-old Richard Backslid was working on an embryo, a dinosaur embryo, a hybrid dinosaur embryo. The creature was going to be called the Indosougatus, but there was a different twist. Just hold on; it’s coming. Richard was with his friend, the 36-year-old Bob Whati.

“I need something to eat," Bob said.

“Yeah, you’re right," Richard said. They left. About five minutes passed, and nothing strange happened. Then, suddenly, a strike of lightning struck the top of the building, making the entire room shake and become electrified. When Bob and Richard came back inside, they saw something terrible: the embryo was gone, and there was nothing but some ash where it had been.

“Noooo!!!” Richard screamed. They had been working on this embryo for months! It was terrible, almost painful, for them to watch it be blown to pieces. Then something moved from the corner of Richard’s eye.

“Holy crud," Richard said, a blend of curious and frightened. The men watched the creature disappear behind an old podium. Was it gone? Nope. The creature creeped out from the side of the podium. White-hot sparks were flying from its mouth.

“What the-” Bob was cut off when the creature lunged at him, biting him, as well as electrocuting him. Bob screamed in agony and slowly died. His lifeless body toppled to the ground. Richard was paralyzed with fear, clueless as to what he should do next. Should I run? He wondered. The creature stared at him intently. Then, the spikes on the back of its head rose. The creature hissed, and it jumped onto Richard.

“Aaaaaaaahhhhhhhhhhh!!!” Richard screamed. He moaned in pain as the creature ripped him to shreds. His voice was never heard again.

Officials soon came and captured the creature. It was taken to another lab on the island where it was studied closely. They found out that it had been electrocuted, not killed, and instead given an electric power. The island was closed for two whole years, but soon re-opened. That’s where my story comes in. I told you, you should have put this book down before. I hope you’re ready for what lies ahead.

Here we are, back to the beginning. Hi, I think we met before. You don’t remember? Jack, my name is Jack.

Douglas, Seth, and I went to the island. I will never forget what happened within those couple of years. On June 21, 2021, the horror began on the island.

I woke up that day in Seth’s house. Before we go on, I just want to point out that I’m an orphan. Just so you know. Anyway, I woke about 6 AM and Seth’s parents told us that we were going to Jurassic Kingdom. We lived pretty close to the California coast, so we made it there quickly. We had just gotten on the boat to the island known as Isla Quanta. It was a new island, just discovered about 6 years prior. Our boat director talked a lot about dinosaurs. Most of his tirade was stuff that most people already knew. Then he said something shocking. His voice changed, his tone becoming more menacing.

“You move slowly, with the confidence of a king strolling through his kingdom. You inflict agony on any who dare challenge you. Your appetite is insatiable- you eat and eat and eat. And you prefer to hunt your victims in the dark, hovering over your prey, like a menacing cloud, until - BAM! You swallow your helpless victim whole." My first thought was what kind of creature was he talking about?

“You are the Indosougatus. The second hybrid of the Indoraptor. It was designed to appear as a human, but it is actually a killer hybrid!"

Before he could say more, we reached the island. The boat docked on the southeast side of the island. My friends and I got off of the boat. We

went to our hotel on the other side of the island. After that, we took a jeep to the Gallimimus Cage.

We stopped when we saw a mysterious cage draped in a long cloth. Most of the inside of the cage was sheathed in darkness. Then the creature stepped forwards. The first things that I saw were its glowing eyes, red eyes. A yellow substance suddenly fell from its mouth. It looked at me, making direct eye contact, but before I could get a good glimpse, we moved on. We finally got back to our hotel. I saw that we all had the same suite. Each had four bedrooms, a kitchen, two bathrooms, and a dining area. We unpacked and settled down for a bit, but we quickly came back out to the park. I may be an orphan, and not always a lucky one at that, but sometimes things worked out for me.

About two hours later, we all came back to the mysterious cage. We had met up with Seth’s parents, but we had lost track of time, and it was two in the afternoon. We had missed lunch at “Dike’s Dino Pizza” or whatever. I’ll admit, I was absolutely fine with that. I was already tired of all of the cheesy dinosaur posters and whatnot.

Before I left the area, I heard something strange come from the dinosaur’s cage.

“Welcome to Jurassic Kingdom. Your worst nightmare is real. Nobody is safe! Nobody!” As you can probably guess, this freaked me out quite a bit. I ran back to Seth’s parents, and we went back to the hotel.

Later that evening, we went to some dinosaur restaurant. My expectations weren’t that high, but dinner was actually great. Mark and I were exhausted by the day’s events, so we headed back to the hotel. Little did I know at the time, we wouldn’t make it.

BAM! Something like a lightning bolt hit the glass enclosure with the Pteranodons, Dimorphodons, Quetzalcoatlus, and Alanqa. One giant bird had snatched up Douglas, and another one tried to take him from the first bird. He screamed and was pulled apart. The adrenaline running through my veins wouldn’t let me cry. Not yet.

Mark and I ran as fast as we could, but we still didn't make it to the hotel. I was snatched up by an Alanqa and was flung all over the place. I was finally dropped, but it wasn’t much longer until I was flung up again. I can’t remember what happened after I fell from that height.

I do remember walking through some strange paths after I woke up. I walked and had a weird feeling. I came to an open field and saw a bunker at least ten feet tall. I went up to the door and knocked. Two people answered, a boy and a girl. They looked at me like I was an alien.

“Come inside. It’s not safe for you to be out here right now,” the girl said after scrutinizing me. I walked inside. Looking back, it was probably pretty dumb of me to just wander into a strange place, but I didn’t have any other options at the time. The boy, whose name I later learned was Kyle, had an entirely different story. I’ll let him tell you that. 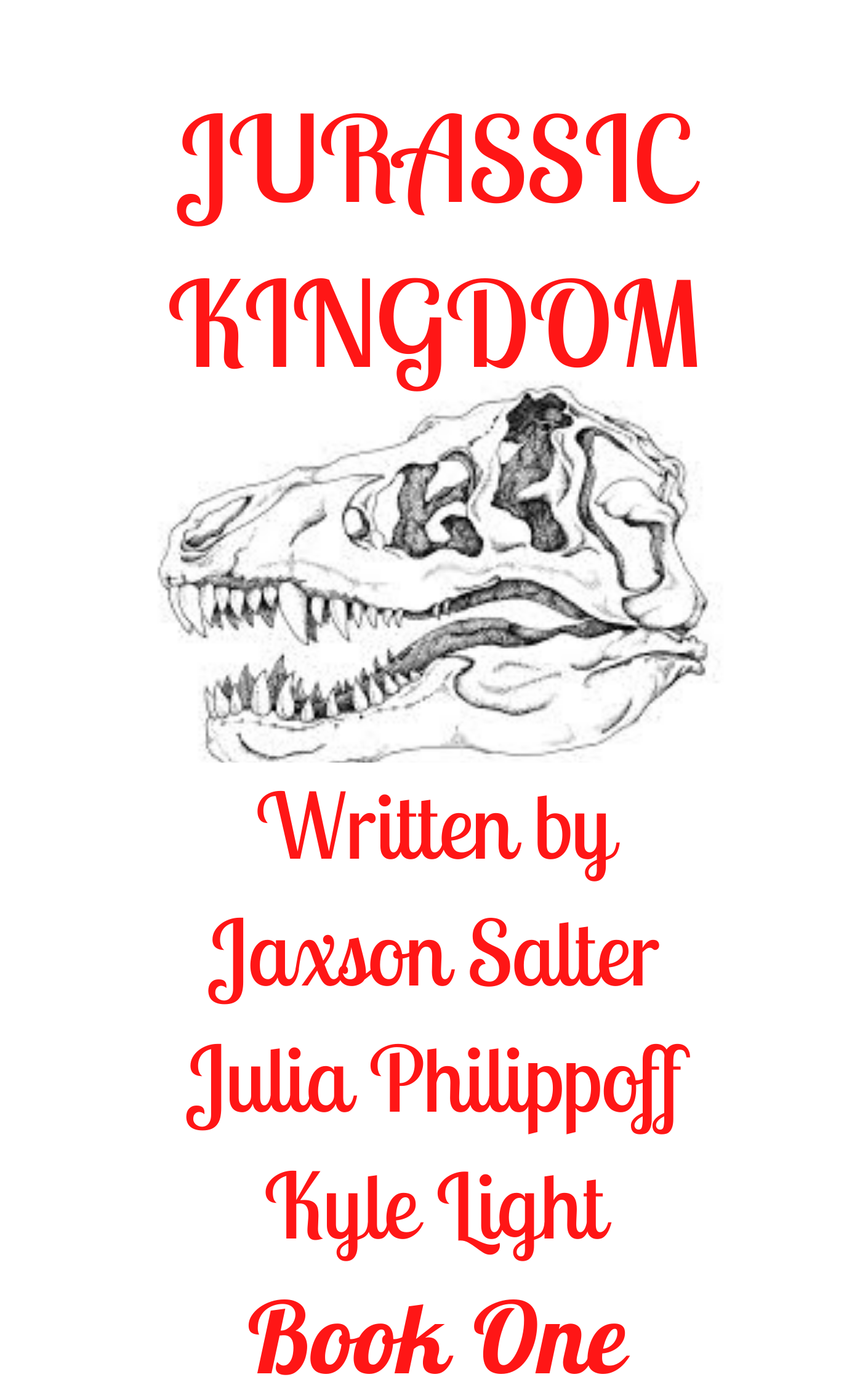 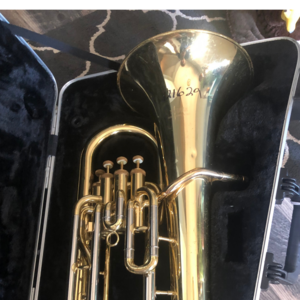 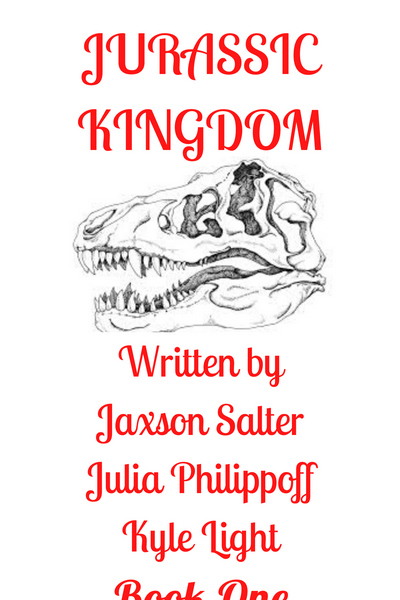 Four kids get trapped on an island with over 47 different hybrid dinosaur hybrids. As they try to survive, an insane man try’s to kill them. Will they survive? Or will the man or the dinosaurs kill them?
Subscribe 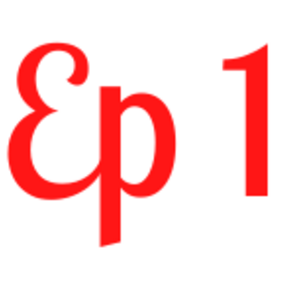