Kalinda woke up feeling hot all over. Today was her eighteen birthday. It was supposed to be her happy day, her crowning day. Today was the marking of her adulthood and the next day she would have her prince to come and ask for her hand in marriage.

Today was supposed to be her happy day. She never expected anything to be perfect, but she definitely wasn’t prepared that her life would crumble either.

With a trembling hand she reached for the goblet of water placed on the end table beside her bed. The water felt cold compared to the high temperature of her body. But it wasn’t enough to make her feel better. She rose out of bed and instantly felt dizzy.

It didn’t take too long for three of her hand-maiden to come in her room. They all had their head low and they opened their mouth to greeted her, but all that came out was a gasp. “Princess, what happened to your face?”

Kalinda’s hand flew and touched her own cheek on instinct. She felt the once soft and smooth skin suddenly felt jagged and rough. She stood up and staggered toward the nearest mirror.

It looked even worse than how it felt. Half of her face was covered with nasty boil like scars. The skin also looked a nasty shade of red that seemed to ran down toward her collar bone. And disappeared under the wrapping of her clothes.

The young princess told the dayang, her hand-maidens, to call the royal healer. The other two helped Kalinda to get back to her bed and settled there. It didn’t take too long for the royal healer to come to her room. Along with her father, the King, his wife, and her older half-sister.

The healer was an old man with a balding head, thick white eyebrow, and long beard. He started the examination right away and asked her about what she ate and what had she done the night before. She was sure there was nothing out of the ordinary.

She wrote a letter addressed to her Prince from a kingdom on the western part of the island. She was set to be the queen there, while Wirodra would be their Father’s successor.

Last night she had dinner by herself though. Usually, the whole royal family would gather in the dining hall, but the king was out hunting, and the queen accompanied him. Her half-sister, Wirodra, had just come back from her study in the neighboring kingdom this morning.

“What happened to my daughter, Ki Ageng?” Her father asked. He was stepping forward toward Kalinda, but the healer stopped him.

“My King, I advise you to keep your distance, I’ve seen this type of disease before, this might spread,” Ki Ageng told them.

“Spread? What kind of disease is it?”

“Are you sure it was a disease, Ki Ageng?” Wirodra asked him. At the look the man gave her, she inclined her head forward a little, “I did not mean to disrespect you. You’re the royal healer, of course, there is no doubt in your skill, but we have to be sure. What if this happened because someone did this to my little sister?”

The queen gasped, “Is it possible one of the servants put poison in her food?”

Kalinda knew every single one of her servants by heart. She had a hard time believing anyone she knew would do this to her. She spent a lot more time with them than the rest of her family. She loved hearing their stories. The older dayang usually had seen a lot and traveled a lot too. It was one of her dreams to travel out of the kingdom. To see what the world got to offer.

Wirodra was five years older than her and that was apparently enough of a reason to have a different life. As the future leader of this kingdom, her sister was prepared with a whole lot of stricter and tougher lessons. Kalinda and she didn’t meet much outside of the lesson that they share.

The king was a busy man and the Queen didn’t like her very much and she didn’t blame her. A king was allowed to have many concubines, but her father only has the queen for a long time. With the exception of Kalinda’s own mother.

She wouldn’t blame the queen if she reminded her too much of the king’s unfaithfulness.

“No, this wasn’t caused by poisoning,” Ki Ageng continued. “I’ve seen this type of illness before. It really could happen out of nowhere and this far, I’ve yet to hear about any cure for this.”

The healer took a step back from Kalinda. His face was set in a solemn expression. She felt as if all of her energy was drained from her body. “I’m sorry, Highness. The princess must be put in isolation, as am I, or this disease would spread to the whole Kingdom.” 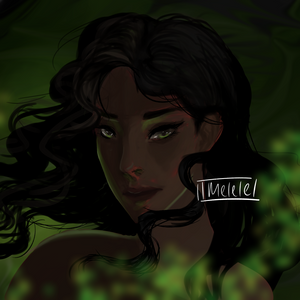 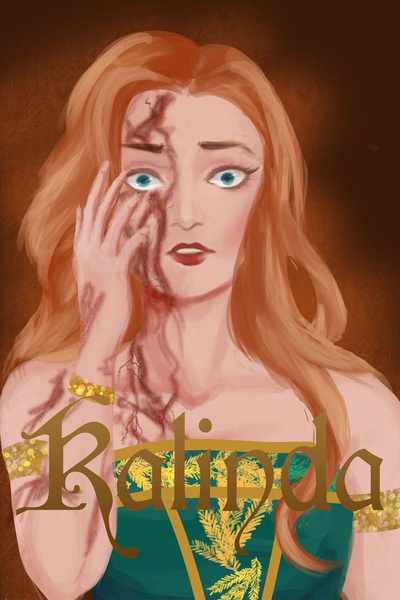 A story revolving Kalinda, a cursed Princess from a Java Kingdom.
Subscribe 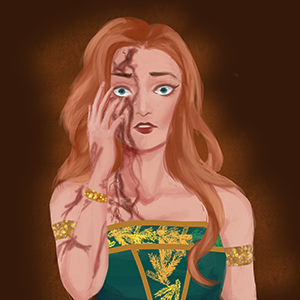