My parents thought they were so clever naming me Persephone.

They gave up their traditional office jobs to open a pomegranate orchard they made profitable, and when I was born they found endless delight in dubbing me after the Greek goddess. Child me soaked up the attention of dressing in a peplos and helping guide the tours and self-pick sessions until middle school where I rejected the theatrics and started going by my nickname, ‘Percy.’ Mom and Dad were too stretched with the business and my younger siblings, Ike and Phoebe, to challenge me on either.

Far from hating the family business, I usually enjoyed working there. Our plot along a picturesque river in California would be mine one day, and I determined to make it well-known among a generation by pulling pranks at school with the pomegranates every harvest. The fruit ended up on top of lockers, under cafeteria tables, and hanging from the ceiling—all with the principal’s blessing, of course. This year I had to go big. I was a senior in high school, and Ike and Phoebe didn’t have the guts to take up my mantle.

The potential idea of linking the pomegranates together to replace the lane markers in the pool got jotted down in my notebook before I slowly got ready for the day. Three weeks into the fall semester wasn’t nearly enough to shake me from my summer slump. So, there I stood in front of my mirror, braiding and re-braiding my hair. It was a basic brown to match my eyes. A classic California tan bronzed my otherwise pale skin edging past my thick-strapped tank top. Charlie often teased me about my unchanging style of dress yet winked and called me ‘pretty enough.’

We’d dated for a year until, somehow, our break-up led to us being friends who were closer than the girlfriend and boyfriend we’d been. My usual response to his teasing was to scoff and call him ‘pretty gay,’ to which he would agree.

“Percy, can you drive us to school?” Phoebe poked her head into my room, already pouting her puppy-dog pout as I decided on keeping my typical side braid.

“You know I’m going in early to help set up for the visiting field trip.”

“Ike and I are fine with that.”

“You’re fighting with Reagan again, aren’t you?” I sighed.

I knew Phoebe’s pain. One of my close friends turned on me too during middle school when she became too ‘cool’ to associate with me, Michella, and Addison. Following my sister downstairs, Mom and Dad, or as some people called them— Cassandra and Alexander, met us and Ike prepped and eager for the day with a breakfast of Toaster Strudels and scrambled eggs.

“Do you know how many pomegranates you’ll need?” Dad asked me as we scarfed our portions down and I ushered my siblings towards the front door.

“I don’t know yet, but it’s going to be big,” I replied with a mischievous smirk.

“At least I can rest easy knowing this is the last year for this.” Mom shook her head, although she failed to stop her smile.

“I don’t know about that either!” I joked.

Mom quipped something in retort, but I didn’t catch it over Dad, Ike, and Phoebe shouting their goodbyes and I-love-yous back and forth while we stepped out the front door. I made sure to get mine in at the last second.

It was a good thing I did.

Because I would never make it home again.

I dropped Ike and Phoebe off at the middle school before taking the slow route to the high school. The day was too beautiful to ignore by going inside, and my favorite songs kept playing on the radio. Unfortunately, duty called. I met Michella, my friend since preschool, in the band room to prepare a showing of instruments for the fourth graders who would be stopping by. I didn’t play anything, but Michella, the drum major, had been abandoned by all the other volunteers.

“You actually built some muscle this summer.” I poked her slightly bulging bicep as she hefted a sousaphone onto a table. “You’ll never have to complain about your one-and-a-half-pound flute again.”

“I will throw this on you!” she laughed, swatting me with her long red hair.

The fun didn’t last long as the bell soon separated us. History eased me into the day, math tortured me, and study hall in the cafeteria for third period was my saving grace. Addison blissfully played a card game with the others at our table, but my maddened stare found nothing but my worksheet of trigonometric equations.

“What are you having a problem with?” Charlie asked.

“Everything!” I groaned. “Why can’t we just go back to dividing numbers or figuring out percentages? That’s more of what I’m going to need in running an orchard.”

“Let me see what I can do,” Charlie chuckled.

He dutifully began to help me work through the math that was more letters and logic than numbers like the teacher he wished to be. He solved most of the problems and worked backwards with me as it helped my understanding better. I also got to just sit there and lean my head against his shoulder while he talked. Neither of us thought anything of it. Charlie was warm and comfy. That was all. I offered him a snack from the best vending machine for his trouble. Chatter of high-pitched voices proceeded the sudden parade of children down the hallway.

“Remember that tour?” Charlie spoke reminiscently. “High schoolers seemed so grown up back then.”

“Ah, the innocence of youth.”

Charlie didn’t get to finish. A loud, chilling bang cut off his words. A second echoed, and the screams began. The now pale-faced chaperones dragged the elementary kids back down the hall while the cafeteria morphed from silent shock to an erupting flurry of movement and building chaos. Some shouted and shrieked as the bangs sped closer. Several tables were flipped onto their sides while those closest to the kitchen doors ran into the back rooms. Me, though, I was right there. I was right there as in no time at all the figure, a boy from a lower class I didn’t recognize, barreled into sight holding the gun.

“Percy, no!” Charlie barked his pleading at me, failing to keep his grasp on my wrist. “Percy, don’t!”

I hardly heard his words. One of the little girls in the hallway slipped and fell behind her teacher. The ass with the gun had its barrel set on her, and there I leapt out with not a thought in my mind other than forcing my body to move faster. Charlie cried out again, I managed to wrap myself around the girl, and three more quick bangs rang.

The pain didn’t last long. The impact came, the burn wrenched me in an agonized inferno, and then there was nothing. 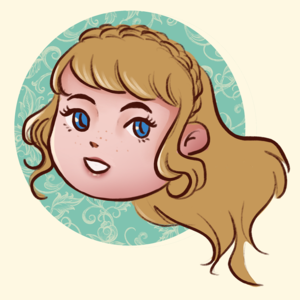 Thank you for checking out Kingdom of Sun! It is a passion project long in the making, and I’m excited to share it with everyone. Hope you enjoy!

The juxtaposition of the earlier mood really makes that last sentence effective.