Zack silenced the incessant ringing of the doorbell with a quick eye-tracked command on his OptiGlasses. Blessed silence arrived as the smart-house system muted the noisy interruption, allowing Zack to return to Star Fury. He could not afford the distraction when he was in the midst of an intense dogfight. Virtual stars flashed past as he kicked in the afterburners and his integrated, state-of-the-art leather gaming chair tilted him in place, adding to the immersion of the game.

Speakers whined, providing the surround-sound effect of his straining engines and the audible ping of lasers striking energy shields. Zack turned up the volume with another swipe of his OptiGlasses as repeated thumps and muffled shouts originating from the heavy front door provided the insistent intrusion of unwanted reality. His new speakers drowned out the thumps with ease. The upgraded system was the best on the market right now. He’d even had to get techs in to install them weeks ago. Nothing but the best for Star Fury.

The muffled shouts rivaled the speakers though, and Zack missed a key input. His ship spiraled into darkness and flames as his shields failed and lasers tore his ship apart. Swearing, the generously padded young man pulled himself out of his chair and stalked to the door. He adjusted his stained shirt and sweatpants, which had stuck to his pasty skin as he walked, and smacked his lips. Days-old flat pop had left an overly sweet, furry sensation lingering in his mouth.

“What?” Zack snarled as he yanked open the door, bypassing the automatic commands just to vent his fury.

On the other side of the door stood Zack’s ex-guardian and present trustee, Philip MacComack. Zack hadn’t needed a guardian since he turned eighteen over six years ago, but that didn’t stop Phil from interfering. Phil’s forehead was shiny from sweat, and he was panting. His skin was too dark to turn bright red the way Zack’s did when he overexerted himself, but Phil was still flushed from the effort he had put into assaulting Zack’s door. The graying older gentleman’s tie was askew, his coat unbuttoned and his foot half-raised as he readied another kick at the door. Phil placed his shiny leather foot down before Zack could shut the door, pushed the younger man aside, and stalked in. Moving Zack was absurdly easy, considering Phil was at least three decades older and smaller than Zack, but athletics had never been Zack’s strength.

“Damn it, Zack, why did you stop returning my calls?” Phil demanded.

“And running your trust isn’t a full-time job? I had to fly in from New York for this. And you know how much I hate the heat of Oklahoma City.”

Phil stormed past Zack and slapped his briefcase down on a nearby table. The briefcase landed with a squelch that turned Phil’s expression from anger to disgust. He wrinkled his nose as he finally noticed the mess he had walked into.

A wall of smudged windows showed a stunning view of Oklahoma City: sleek silver buildings, crowded multi-level highways, and a meandering river with an expanse of parks and shops dotted along the bank. But the panoramic scenery was overshadowed by the layers of grime and clutter in the open plan black and white marble condo. To the right of the entrance hall, the luxurious gray and white kitchen with a granite-top island was cluttered with empty pizza boxes, discarded plates, and abandoned coffee mugs. Directly in front, past the dining room table that Phil now regretted using, sat the pride of Zack’s existence—his state-of-the-art, multi-monitor gaming rig.

The only decoration in the apartment hung beside the monitors: a promotional poster for the Star Fury tournament, featuring supermodel host Zoe Cross wearing a skimpy version of the Armada dress uniform. Zoe’s thick black hair hung loose around her shoulders, and her exposed skin glowed golden on the glossy poster. The redesigned uniform showed a lot of skin. Zack had yet to put up the other posters he had of her, collected from the very start of her modeling contracts with Star Fury years ago. Of course, she’d branched into acting and hosting video game shows since her debut over a decade ago. Ever since then, she’d captured the hearts and loins of gamers everywhere.

Zack and his teammates were Corsairs—basically space pirates who played by their own rules—but he could appreciate a woman in uniform. Besides, Star Fury hadn’t released a promotional poster for the Corsairs since the last model retired. Rather than be upset about the clear favoritism being shown to Armada scum, Zack had decided to appreciate what was available.

Not a hardship when it was Zoe.

The poster and gaming console were the only clean items in the room. His gaming chair was surrounded by discarded clothing, pizza boxes, and empty pop bottles. A pathway through the mess led to the bathroom to the left and his bedroom beyond that.

“What is this?” Phil asked. “And what happened to the cleaning service?”

“Pizza. I told them to take a break till the tournament is over.” Zack turned to look back at his massive computer setup, eyes hungry as his ship’s escape pod floated in space, waiting for him to return and respawn. “The tournament which I’m currently training for. The first round is this afternoon, and—”

“Your damn games again,” Phil said as he wiped the bottom of his briefcase with a discarded napkin.

“You know, they’re not just damn games…” When Phil opened his mouth to argue, Zack sighed and shook his head. “Forget it. I don’t have time to argue about this right now. Why are you here?”

“The year-end audit and next year’s proposed budget. We’ve put off submitting the documents as much as we can, but if we don’t get it signed in the next week, we’ll be fined.”

“Oh, for the love of Moses!” Phil took a deep breath to regain his composure. “We do this every year, Zacharius… you’re the named beneficiary. Accordingly, we need you to sign off on the audited statements. Where are you going!?!” 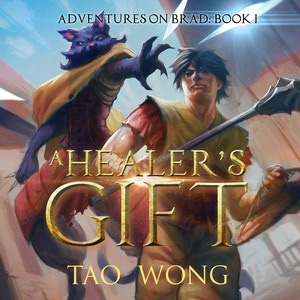 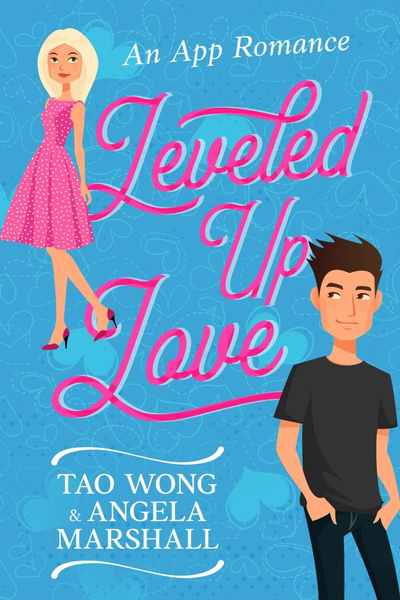 *Dating Evolution is the next generation of relationship gaming with a real world twist! Did you ever wish your online skills translated into the real world? Now they can! Follow our quests to level up your love life and earn real life rewards!*

Life was good for Zack Moore until his trustee managed to con him into signing up for DaEvo. Now, the buggy app has taken over his life, forcing him to leave his condo, interact with people in the real world and eat healthy to gain any gaming time.

Problem is, Zack has the biggest tournament of his life coming up. The Star Fury tournament is Zack and his team’s chance of going pro and making a name for themselves.

Now, Zack’s swapping women around like the components of his starship; trying to find the balance between love and DaEvo. Good thing Zack’s a pro at gaming.

But some things can’t be quantified.

Written by Tao Wong and A. G. Marshall.
Subscribe 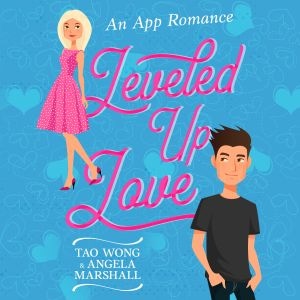