Wet long dark hair draped on the side of the deepest blue qipao, an ancient body-hugging dress. Her eye catches the glance of the scholar watching her through her open door. He always had an air of greatness, or so his stories of his childhood always started about his parents words. His black Jin was always worn when other officials and visitors were around but today he wore a special Jin with its flaps extended on both sides and his robe matched Mings colors, However the robe was less intricate apart from the Mandarin square.

" My Ming, why are you so sad today? It should be joyous for it is our second wedding celebration tomorrow. " The scholar says as he walks up in through her doorway, his eyes always on her with the same bored expression he was always given her while she stands and bows.

she politely smiles as she stands up softly responding, " No day is happier than today my dear Si Li. I was just reminiscing on my childhood wishing for my own to bare." he scowls and turns. " Ming we have talked about this. I am not the problem." He states with an unconcerned tone. "Now get ready for our western guests as we have to please them with formalities once more, for our china needs them." The scholar walks away and closes the door shut as she stands bowing patiently waiting for his footsteps to quiet.

After she ties and pins her hair up and finishes her makeup she quiets her heart as it races in her chest. Hoping that no one could hear it as loud as she could as Ming walks down the corridor and enters the dining room.

The Maids have changed it to have a different color scheme for the winter that comes to make it more livelier for the guests. Ming sits next to the scholar as the maid  Xiaou Lan comes in to announce the arrival of the guests. Ming behind Si Li, stands between the dining room door patiently waiting for the steps to beat on the wooden floors Ming cannot help but smile under the sleeve of her dress, and that is when he comes in.

While the scholar and Ming bow, so does the Westerners as they greet us formally in their culture as well by shaking the hand of Si Li and bowing again to Ming, however, The Delegate that is here to speak for the Western areas, Edric, rose and smiled a little longer as he said hello to Ming. Si Li Places his hand in front of Ming he asks the three foreigners to sit.

As Si Li and Edric conversed, Dinner was served promptly following it was some tea. Ming as quietly as ever sips her tea as she glances at Edric and Si Li. Along with occasional glances from Edric and his men to Ming Li. The Head Maid then again softly opens the doors as the delegate and Si Li finish their business  so she could see Delegate and his party  to their rooms for the rest of the week before they went to the emperors castle.

The scholar and Ming Hardly ever shared rooms this time of year as his favorite Concubine was always around in winter from her trips to find the finest silk for the house and herbs as well. Ming was never the jealous type for her heart remained unwavered since the day she got married. She knew that the scholar was like no other... Nor was Edric.

Ming changed into her night dress and wore a silk robe over so she can go out to the back square to walk as her nightly routine, kept since they day she married. As her love, never wavered,  she went out nightly just like today and walked down the path and in front of the quiet forest she stood. However, today next to the tree she usually liked to lean against and read there was a familiar figure she longed for. Edric as handsome as the day she married. undoubted blue eyes and golden rich hair, stood underneath the tree.

" You are late." he grumbled under his breath as he walked around the tree whilst she turned around as to not face him.

"I was just making sure I didn't forget my book."

"Is the book more important than I?" Edric's face sinks and his eyes close.

"Never. I have missed you." Ming says as she slowly walks in the forest disappearing alone into down a path was laid in front of her with red painted twigs scattered until she reached a cabin quietly and safe. However the silence did not concern her because she knew that Edric would follow soon after when the lights in the concubines room would dim. Little did Ming know as she entered the cabin full of dust that the person to knock on the door soon after she lit the candles was not her precious Edric.

As she opened the door Si Li was on horseback and along side his were two men with arches directed towards her.

"What is the meaning of this Ming!!" the Scholar exclaimed as the archers lessen their grips on the bows. "Their was a trap set for the open door to ring at the main hall and you is whom appears to have come? Are you the one who has stolen our wealth!!" Louder again the scholar exclaims as ming walks out of the small cabin and in front of the scholars horse.

"I have not stolen from the wealth that we have. I have only come to stay alone in the cabin to slip my woes away."

As Ming talks to the scholar calmly and convincing,  Edric hastily runs in front of her and hugs her. Not knowing what he has done he pleads to the scholar to not hurt Ming while he still holds her. Ming with eyes wide open tears slowly flows as she stares at the scholar knowing that her bluff was ruined and her love was pierced through.

As the scholar angrily gives his second command, she knew there was no way to explain or to stop. The arrows pierce through his back and into her chest. As her eyes focused on his now pale face she knew she had to save him. Breaking the Fletch, Ming pushes Edric away and to her knowledge he would see another day while her death was clear to her.

The story of one and the end of both. the tale of a Scholar and his wife.

(EDN: Yes this is just a rough draft there is a lot of typos I just wanted to know what i got from you as an audience. I hope its love and not hate. I am thinking of adding more details in the future as to this first scene has a lot more details. Thank you and HI! ) 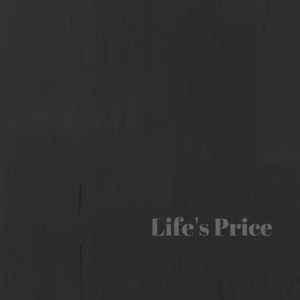 This story is told as it goes along. It starts early in time and jumps through its course till now. This story is not for the close minded, nor for the weak of heart. If you stay through you will see a weak girl turn into a weaker woman.
Subscribe 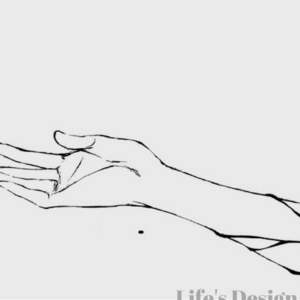