“I never asked to be a Grim. It just kind of happened; I say that but I had to die first obviously. Else I wouldn’t have been given the job. I’m not complaining, I just thought that my afterlife would have been a bit different is all.

Oh hello, I should maybe start at the beginning… or the lead up to the end of my life really. My name is Azrael and I’m a Grim Reaper”

He checked himself in the mirror again, the bathroom of the student flat was filled to the brim with various lotions and potions from ‘Lush’ and smelled like a Wiccan’ brewery. Azrael sighed and leaned on the sink, bracelets clinking on the porcelain. His rose-patterned shirt was being pulled down from the weight of the skull collar pin he wore to expose the scar that sat across his collarbone. He wore leather pants tucked into burgundy combat boots that gave him a few extra inches in height. A pentagram garter belt was on his left thigh.

“Hey, Azra! What’s taking you so long we are gonna be late!” called a cheery voice from the living room “At this rate, all the hot people will be gone” they walked to lean in the door frame “or let me guess, you have someone particular in mind?” Lucian smirked. They were the definition of willowy elf in stature and stood at least head and shoulders taller than Azrael. Right now, they were not wearing their heels yet so were eye level when Azra gave them a glare.

“shut up Luce, I don’t like him that much”

“Yeeaaahhh, that’s why you’re totally not fretting over your eyeliner being perfect” voice dripping with sarcasm “I do like the gold with the red eyeshadow though it’s nice! Makes your eyes pop” They leaned in and gave Azra a kiss on the cheek “He’d be a daft bastard to pass you by tonight, so come on, let’s go!”

Lucian skipped down the hall, their black chiffon skirt billowing around them making Azrael laugh.

Lucian had finished putting on their heels and picked up two drinks on the table handing one to Azra.

“To a good night and to a fun playtime” Luce giggled.

“Slàinte mhath” Azra said and touched the glasses together.

“Why can’t you just say ‘cheers’ like a normal human? Well Slan-gee-bar to you too”

They both erupted into a fit of laugher and downed the drinks before heading out.

The wait to get into the club thankfully wasn’t long as the bitter wind whipped down the street. Everyone had come dressed to the nine’s in various degrees of fetish and kink wear. It was thrilling. A community of like-minded people. Lucian was chatting away to a girl behind them.

On the other side of the entrance was a line for another club in the same building. It was clearly for a rave judging from the girl’s outfits of neon shorts and bikini tops, glitter and holographic fanny-packs. Most of the guys seemed to be in terrible faded blue jeans that never fit them properly and white t-shirts. Like the NPC spawns of gangsters in a Grand-theft auto game. A group of lads gave a few wolf whistles at one of the women further up the queue. She didn’t retort. There was no point in doing so, cautious ignorance was always the best way to deal with their type. One of them caught Azrael’s eye and looked him up and down in a way that sent alarm bells off and the hair on the back of his neck to stand up. Not good. The man wasn’t your typical raver. He looked more like a gym guy that his mates had dragged out for the night with the too-tight shirt around his biceps, a lion’s face tattoo on his forearm and black jeans. Right now; he was giving a leery nod at Azra which caused him to slink in behind Lucian and closer to the wall.

“Angel, what’s wrong?” Lucian embraced him and placed their chin on the top of his curly grey hair.

“One of the guys in the other line was being creepy” his muffled reply came from inside Luce’s coat.

“Don’t worry sweetie, you know no-one here would let anything happen to you” the girl Lucian had been talking to chimed in.

Azrael turned round to face her, still in Luce’s embrace. She was beautiful. Light green eyes, copper coloured hair that sat in ringlets down to her ribs and a smile that would light up a room. She was wearing a green and black satin corset, a dark green silk skirt, green fishnets, black patent stripper heels and silver jewellery in the shape of ivy leaves. Not surprising since ‘Poison’ was her stage name for this type of club.

“I know, I know. It just puts me on edge that’s all” Azra replied “I’m loving the Poison Ivy look tonight” he smiled.

She gave a twirl “Thank you! Though I’m surprised to see you without your signature wings? Planning on getting pushed up into a wall tonight, are we?” she giggled, ribbing him. “Very steamy”

He just gave a devilish smirk. The line moved forward and they showed the bouncer their ID’s and got their wristbands from a steward.

The trio climbed the stairs to their section of the building, up past the Raver’s floor. Azra spotted that guy heading into that club with his arm around a girl’s waist. Hopefully, that would be the last he saw of him tonight.

They reached their floor. A red neon sign above the door said ‘The Devil’s Eden’ and was surrounded with foliage and flowers creating an archway down to the ground. Another bouncer stood at the door and checked their wristbands for the event, patted them down and checked their bags.

“We ready to have fun?!” Lucian wiggled excitedly

“Always Buttercup” Laughed Azrael as the trio entered the club. 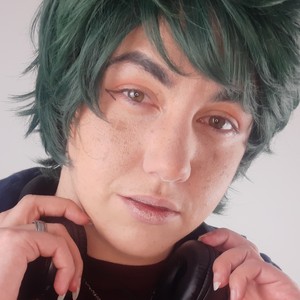 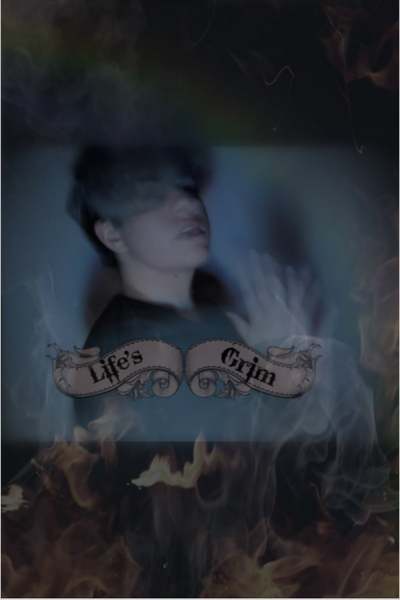 Azrael never planned on dying.
He also thought his afterlife would have been more peaceful, but sometimes the Chaos of creation has other ideas.
Like making him a Grim Reaper of course.
Subscribe 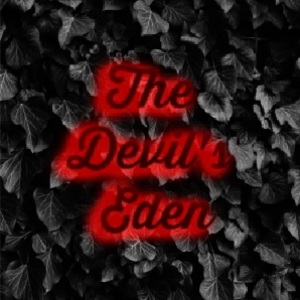