Don't Forget to add the intro to the show!

Scene appears outside the house from the clouds in the sky and goes down to the house.

Lisa is sleeping in her messy room.

into a sitting down position her hair is all messed up and she is in her pajamas. She presses the alarm clock button Wendy bust into

her room all crazy and happy and stuff. And she I shouting her Lisa are u ready for your first day of

Lisa blinks two times. And the Lisa says no I hate school I absolutely hate it. Like what's

the point of it. Wendy says why you always have to be so negative all the time.

Lisa says and why you always have to be so happy all the time. Wendy just get dress

Wendy walks out of Lisa room. She stares at the bathroom door and heard water running. She

walks into the bathroom and she sees Henry her son brushing his teeth. She smiles and says hey sweetie are you ready for your first day of 8th grade! Henry: ya mom I really excited I'm almost in high school!

Wendy: Uhhhhhhhhh Ok Then She walks back into Lisa's room and she still sleeping. Wendy gets a mad

Lisa: mom what are u doing she says surprisingly with a surprised face!

Wendy: Jumping on your bed to wake up you because you won't get up for school

Lisa: why are u jumping on my bed cmon your a grown woman.

Wendy: oh no one is too old to jump on beds

Now get up Lisa and get dress

Lisa: starts mumbling to her self stupid mom I hate hers much. Wendy peaks through the bedroom

Wendy: happily and says what was that dear

was that sweetie! Lisa says oh nothing! Herny the son is now already getting dress he puts his

bright green shirt on. Lisa, on the other hand, is now washing her face with a washcloth. Next, it

skips to a scene of Lisa walking out of the bathroom and into her bedroom. She grabs her brush

and starts brushing her hair.

Skips to a scene of Lisa and Henry waiting outside for the school bus. Henry has a happy face

while Lisa has a grumpy face.

school. (You can also hear birds chirping in the background)

The school bus finally arrives. Lisa Henry gets on the bus.

Henry sits on the front. Lisa goes and sits in the backseat.

The school bus then finally drives away. Lisa puts on her

white earbuds and listens to music. All the kids on the bus

are talking to each other. But different all the kids begin

to quiet down because they notice Lisa rapping sicko mode. And when

doing some kind of dance. But after she is done rapping she

opens her eyes. And everyone on the bus is staring at her.

Lisa says I um uhh I um. Everyone on the bus begins to laugh at

Lisa. Lisa blushes because she is nervous. Skips to a scene

of the bus arriving at the high school. All the kids begin to

get off the bus. They walked into the school. And one teacher says everyone goes sit down in the cafeteria. Lisa goes into the cafeteria. When Lisa goes into the cafeteria she sits down at a random table by herself. One of the teachers that walk up to mic says can everyone quiet down please everyone in the cafeteria begins to quiet down. Ok, I'm going to need everyone to form a 4 lines please. 5 minutes later…. Ok hello there. I like your hairstyle it's cute. Lisa says ay don't call me cute! The teacher that is talking to Lisa says why. Lisa says just don't. The teacher is confused and says umm ok??!???!? So what is your name? Oh, Lisa Gray. My name is Lisa gray. The teacher looks at a paper and says you go to class 105. Lisa walks away. An she is now walking in the hallway. She sees the class number above the door which says 105. Lisa walks into the classroom and she sits down.. When she sits down. The teachers say to Lisa so hello there young lady. What is your name? Oh, my name is Lisa Gray. The teacher ok Lisa gray today we will be learning about 9/11. Lisa says 9/11? I learned that already I learned about that every year. And there is no point in learning again when you learned it away. And I also have a question. Teacher: and what is your question, Lisa. Well, can I please use the bathroom. The teacher says no. I want you to learn about 9/11. Lisa: But I didn’t I just said learned this already. And I gotta go use the bathroom. The teacher says no you may not use the bathroom. Lisa gets up grabs and chair and throws it at the chalkboard and she almost throws the chair at the teacher but she misses. Lisa says and next time you don't let me use the bathroom I will throw it at you. I missed on purpose and this is just a warning. Lisa *slams the door* While Lisa is walking in the hallway she says to herself stupid teacher won't let me use the bathroom I use the bathroom whenever I feel like it! Bully (she's a girl). The bully says to Lisa hey where do you think you're going! Oh, can you please get out of my way. I don't have time for this I have to use the bath-. Lisa gets punched by the bully and gets knocked out. Lisa is now on the floor knocked out and the bully walks away. When the Lisa wakes up but her eyes are still closed but when she opens her eyes. She sees A Lot of kids are around her laughing at her. Lisa blushes because she is nervous. Late that day…

Lisa is now walking in the hallway to go wait for her bus. When she is walking the hallway all the kids are laughing at her. She has a sad face as she is walking. When Lisa gets on the bus all the kids are laughing at her. The bus driver asks why are you guys laughing at her. A random kid with blond hair and blue eyes says because she got knocked out. By this girl even tho, she acts all big and bad!. But she can’t fight for nothing! Lisa yells angrily oh please she's just got lucky. I can easily beat her up. Actually next Monday. I will fight her and all you guys will see! >:(

Skips to the scene of Lisa and the principal arriving at the office. Skips to a scene of Lisa and the principal arriving at the principal's office. The principal pulls out his phone and says so what is your mom’s phone number. Lisa says but please I am really sorry. The principal says no buts. What are you mom’s phone number the principal says angrily? Ok, my mom phone number is 462. The principal is dialing and says ok got it! Lisa says 867. Principal dials more numbers and uh-huh. And says 434. The principal calls the phone and wendy picks up. And says um who is this do I know you? The principal says yes this is Lisa’s principal. Wendy says wow I can’t wait for the good news. The principal says well actually this is bad news. Wendy starts to frown and she oh no did Lisa did any bad? What has she done this time? Well, she beat up a fellow student at school. She knocked her out. Wendy: is shocked to wait for what Lisa would never do that. My darling would never do that to me. The principal well she did and she will be suspended for 5 days. Wendy says on the phone surprisingly 5 days! Wendy gets a mad face and says angrily well you tell my daughter that she's in big trouble when she gets home! The principal says you got it and hang up the phone. The principal looks at Lisa with an angry face and says to Lisa your mom told me that she is in big trouble when you get home! Lisa shrugs her shoulders and says whatever! With a blink impression, The Bell rings and the principal says to Lisa well goodbye have a good day! He laughs. Lisa rolls her eyes and walks away. She is now walking downstairs. When she walks downstairs. She opens the door and she is now waking in the hallway. Now when she gets to the end of the hallway there is another door. And she opens it and the school bus is there. She gets on the school bus. When shes gets on the school bus all the kids are quiet. Because they are scared of Lisa. Skips to a scene of the bus arriving at Lisa’s house when the bus arrives at Lisa house. When Lisa and henry arrives at the door. Lisa gets her key and opens the door. Wendy is angry at the door disappointed well well well what do we have here! TO BE CONTINUED DUN

Hello I am hoping to turn this until an animated episode khadijacauthen@icloud.com

You can pay me on PayPal at khadijacauthen@icloud.com

The top people who donate money will get a shoutout in the next episode! 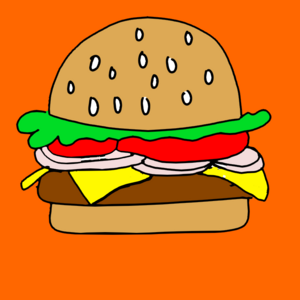 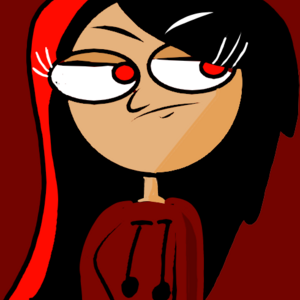 Join the fun scary and dramatic emotional adventures of Lisa Gray a teenage girl who lives with her over happy mom Wendy and her weird bro Henry.
Subscribe 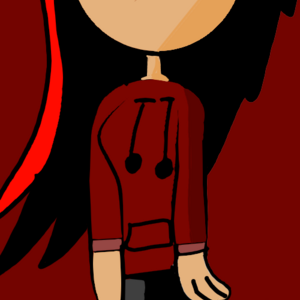