MEET YOU AT SUNRISE

A moody young foreign boy sitting at the corner of the class. A cheerful girl entered her first class in Year 1 of primary school. She introduced herself in front of her class.

“Hi, everyone. I'm Oriana. Nice to meet all of you,” she said with a bright smile on her face.

The teacher asked her to pick a place to sit and she picked to sit beside the foreign boy. She greeted that boy and asked for his name.

He replied, “Eleodoro,” and kept quiet.

The class continued. Oriana sat quietly for a few seconds but she was curious about Eleodoro's name and asked him, “Hey, what is the meaning of your name?”

Eleodoro smirked and replied, “Do you know what is the meaning of your name?”

Oriana innocently said, “Humph, I asked you that question first. Answer me and then I will tell you.”

The teacher noticed their conversation and asked them to pay attention to the class or they will be punished. Oriana waited patiently for the class to finish to ask him again about his name.

The bell rang, all of the children ran towards their parents happily. Oriana also ran with them joyfully, forgetting about her question to ask Eleodoro. Before she got inside her car, she turned around and saw Eleodoro getting into a car. At that time, she remembered about that question and ran towards his car. Her mother, Mrs. Summer noticed her daughter's absence a few minutes later. She looked for Oriana and saw her in front of a black Mercedes Benz car talking to someone. Mrs. Summer approached the car and asked her daughter politely to whom she was talking to.

Oriana happily replied, “Mommy... Mommy... Look. This is my friend, Eleodoro. He sat beside me today.”

While smiling at Eleodoro, Mrs. Summer said, “Nice to meet you, Eleodoro. Your name is similar to Oriana.”

Oriana stunned and looked blankly at the car being driven away. Mrs. Summer stroked her daughter's head and held her hand to bring her back to the car. In the car, Oriana non-stop questioned her mother the meaning of her name and Eleodoro's name. Before answering Oriana's questions, Mrs Summer asked her the reason to go to Eleodoro in his car without informing her.

In guilt, Oriana while facing down mumbled to her mother “I went to ask him what is the meaning of his name. Sorry, mom.”

“It's okay, dear. No need to worry about it. Next time inform mom before meeting anyone. Okay?” said Mrs Summer while hugging her daughter who seemed to be crying soon.

Oriana softly replied, “Okay, mom” and slept off at her mother's lap.

On the other side, Eleodoro sat alone in the back seat while driven by his family driver. His parents, Mr and Mrs. Horus, were on a business trip to Okinawa, Japan. They were well known for their company that deals with automobiles. They went to Japan for the opening ceremony of their new branch and will be back after two weeks. Thus, they are unable to attend their only son's first day in school. As for Eleodoro, he is already used to this situation. He was always left alone at this house and only taken care of by his babysitter, Ms. Feroza. She took care of Eleodoro since his birth and she really loves and understands him.

The Oriana family was really loving and supportive. Both her parents, Mr and Mrs Summer were owners of the company that deals with automobiles. It was started by Mr. Paul Summer who used to be a mechanic when he was young. After marrying Jessica Wellington who is the daughter of a wealthy family, they both started this company. Within three years, they made a huge development with Wellington's family help and became well known. Even though they were busy with their careers, they still gave Oriana their love and attention. 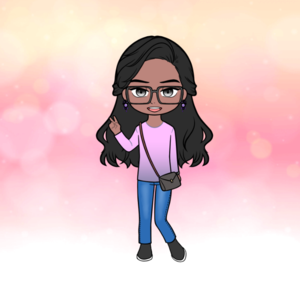 Oriana met Eleodoro (Eleo) in her first class in Year 1 of primary school.

That's a really good start, well, both of their names are pretty interesting. 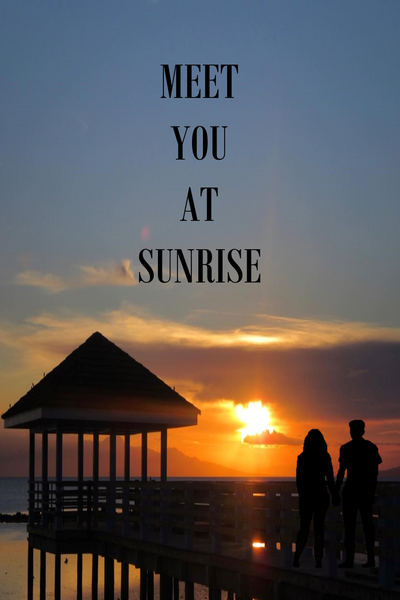 MEET YOU AT SUNRISE

A story on how a girl named Oriana who made Eleodoro annoyed with her presence at the beginning but became a person he adores a lot later on. How this can happen? Read the episodes to know about their hatred turn love story...
Subscribe 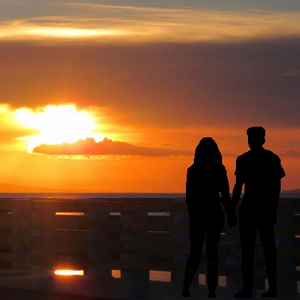