Mr and Mrs shouldn't be together

My alarm goes off.

I hate waking up for a day I don't want to go through. The summer break is over and that means, yay, you guessed it, school. I don't like to be reminded of the shiny hallways, the fancy bathrooms and all the assignments, either. Trust me. Does that image of school not sound similar to your high school? It's because I go to St Clover High—"a co-ed private school for everyone to find their inner star"—my ass.

My mom is already out for her job. My parents own an enormous construction company that is doing really well. Oliver Diaz's parents also own a huge construction company that's doing really well, and they're rivals. Kind of like Apple and Samsung, but they hate each other with so much passion that I know for a fact there's history behind them, too. Not that I know what it is.

There's no history behind Oliver and me, but we despise each other. Not more than our parents do, but we're getting closer every day. Occasionally, I ask myself why, but then I remember the horrible things Oliver's parents have done to corrupt my family's business. Spreading lies of us online, bribing other people so my parents won't get their property, and the list goes on. Not that Oliver is a good person, I think that even if our parents were not our parents, I'd still hate Oliver. Oliver is loud and immature, but smart. We're both tied to the top of our school. We've never been in the same class, and I'm glad that I only see him in the hallways.

Most high school uniforms suck, but I like St Clover's. I put my uniform on and make my way downstairs. Our house has 3 floors and is outstandingly modern. It makes it seem less like a home and more like a robot that we're living in. I skip breakfast.

As soon as I open the door, I'm greeted by my best friend Poppy's face. She's beautiful, so radiant in the sun it makes me want to poke out my eyeballs. I get jealous of her a lot because of the way her face is so symmetrical and how her lips are perfect.

Poppy beamed below me.

I glanced down at her. "Why're you so happy?"

Poppy's face broke into a grin. "I'm just thrilled to see you."

My lips pressed together. I didn't know what to say. I smiled at her.

Poppy always made me happy. She'd always treat me well. She was my most loyal friend. I wondered sometimes if I was a good friend to her as well; I feel like I don't do enough. The concrete switched to a newly furnished black one, so I knew we were there already, at school.

I sighed heavily. Today we didn't really have any classes, it was a "fun" day for new students to get to know the school and get a tour by students like me (who have been here since kindergarten) who don't give a fuck. Poppy gets to slack off during this since she joined last year and still doesn't have a single clue where her classes are. I don't know why she came. Students who aren't giving tours can skip. Maybe it's seeing her girlfriend Lucy since they can't really meet anywhere else because of Lucy's parents being controlling freaks.

Elliot is the name of the guy I'm supposed to tour around the school. Normally I don't do this, but this year I felt like doing it. I'm kidding. Mom forced me to sign up.

While time flew, I waited outside for Elliot. I didn't know what he looked like and I didn't like staying outside doing nothing. Just as I was about to head inside, someone stopped me.

"You're Nia Andrews right?" A rather handsome guy croaked out of breath. His hand still on my shoulder.

"Yes." I shrugged his hand off. "Are you Elliot?" He looked just as I imagined him to be. I didn't think he would be as attractive, though.

He followed me; I noticed his eyes were on me from behind me. He wasn't that much taller than me, but I felt rather small. A slight blush rose on my cheeks. Why the hell was he looking at me like that?

As we went to the classrooms, I told him about his locker. My locker was right next to his. I was surprised. The same thing happened to all the new students and the tour guides, Elliot told me. I shrugged, and we went to the Cloversome hall, named after the creator (a man, of course) of the school. There were colorful windows and a white walls. We had prayers there.

His tour included the cafeteria, the bathrooms, the stairwell, the swimming pool, the gym, and the guidance office and nurse's office. I'm sure I forgot something, but I discounted it. Poppy didn't get a tour, and she's doing alright. Actually, maybe I should've taken her on this tour too. It would be a struggle to get her away from Lucy, though.

By the time we finished the tour, it was lunchtime. I headed to the cafeteria, and for a second, I forgot about Elliot.

"You're supposed to stay with me for lunch." He accused.

"Oh, sorry I forgot." I scratched my head. Poppy might like to meet him. "I'm going to find my friend, and I'll introduce you to her."

He nodded and walked beside me.

It was the first time he walked alongside me. I laughed a bit, and he looked at me, confused.

"I was thinking you were behind me just to look at my ass." I told him.

We said nothing else on the way to the Cafeteria. I instantly regretted saying that.

He seemed to have gotten over what I said as I made my way to where Poppy and Lucy were sitting. Elliot was preferably quiet for someone so handsome, it made him seem mysterious. Poppy and Lucy kept talking to him, asking him the weirdest questions. I sat there on my phone.

"Aren't you going to eat?" Elliot asked me.

"Not hungry." I responded.

I felt Poppy's eyes on me, but I didn't look at her.

I was looking at somebody else. Oliver Diaz. He and his friends were all swarming around a girl who was unfamiliar, so she was probably new. She was pretty and probably didn't know that Oliver was prone to doing this every year since Grade 8. I haven't seen it because I'm normally not here for this, but word gets around.

Oliver would always choose a new female student and by the end of the day, he'd convince her to have sex with him or at least make out. Disgusting. Remember how I told you I don't like Oliver just because of his parent's but because he was a bad person? This is one vivid example.

"Do y'know what's going on over there?" Elliot noticed I was staring at Oliver.

"No." I stopped staring and went back to my phone. I didn't feel like explaining that to him.

After Lunch finished, I headed out. The second half of the day was for the younger grades tour, which is in the new build they finished constructing last year, lucky bitches. Poppy told me she was going to go out with Lucy for a bit. Lucy had lied to her parent's and told her they had a full day of school so she could spend the second half of school with Poppy. I admire how much they love each other.

I didn't really want to go home to be honest; I had been in there for almost 2 months doing nothing. I decided to just walk around my neighbourhood.

I circled it a few times. All the houses looked the same. I was in my last circle before going back to my house. It was getting cold.

"Nice ass Nia Andrews, is that how your family has so much money?" someone called out, someone I knew. "Because it sure as hell isn't because of your parent's company."

The words traveled down my spine.

I tried to fight my temptation to look back. I knew who it was, Oliver Diaz. He lived in my compound, something very crucial that I forgot since today had been going alright so far.

"Aww c'mon, why don't you wanna look at me?" His voice crept closer to me. "I am a pretty sight to see."

I didn't feel like letting him ruin my day. "Fuck you." I cursed.

"With pleasure." Oliver said with his husky voice, now breathing on my shoulder. "Your place or mine?"

"Oliver, you're pathetic." I turned around and spat in his face. "Just like your father."

"What do you mean by that?" He smirked.

"Is your daddy still sleeping with our English teacher?" I mimicked his smirk. "Or is he back with his actual pussy wife who doesn't have the guts to leave him?"

"My dad didn't sleep with our English teacher!" He declared, but I felt like he was questioning himself. "For fuck's sake."

With that, I left him. He didn't chase after me or say anything else, which means I got to him. 1 point for Nia Andrews, 0 for Oliver. 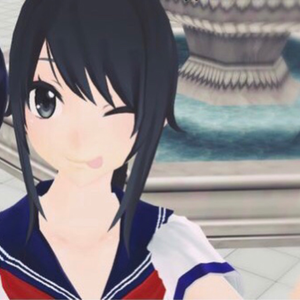 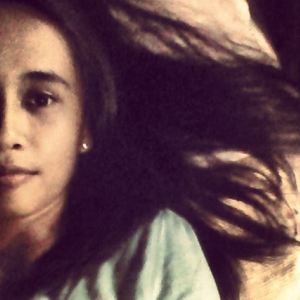 This is a love-hate relationship then. Niiice. 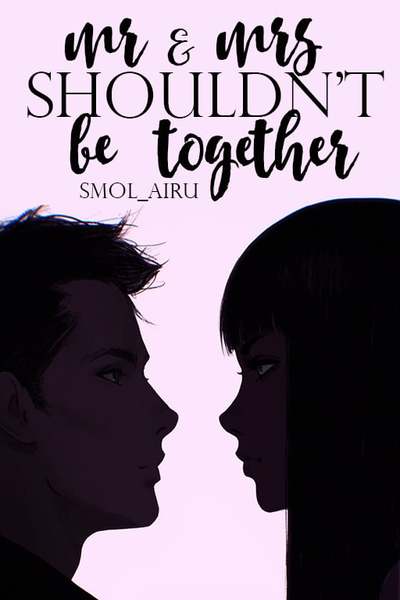 Mr and Mrs shouldn't be together

"I always thought that if our parents weren't our parents, I'd still hate you." I spat out. "Like if I looked at you as if you weren't your father, I wouldn't like you still."

"And now?" Oliver asked me.

"Our parents are still our parents. I look at you knowing who your father is, and I still can't help but like you so much my heart hurts."

Nia Andrews did not expect to be partners with self-aggrandizing filthy Oliver Diaz for her whole science semester. They have never been partnered in the past or even been in the same class, why's this year so different? Oliver starts to act differently to her, with less teasing and more compliments. Is Nia ready to figure out why?

Cover by Wyllad
Content And/Or Trigger Warning: lot's of swear words in chapters, sexual scenes and mentions of self harm/suicide
Subscribe 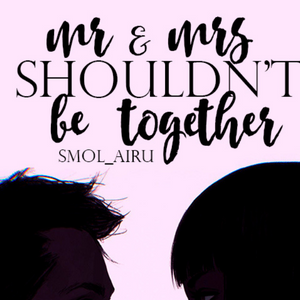