I’ve done many researches. Researches about the rumours I hear every day about how Professor Phillips talks about this unknown island called Zalvarés.

“The world is of two kinds; the one that’s beyond human’s naked eye and the one that we see every day, even right now!” says Dr Phillips in philosophy class as all 50 students including me are listening. “So let’s take a deeper look at the world that we can’t see, for instance, our spirit. Do we have it or not? Do you believe in it or not? What we can’t see makes many people not believe. No human can know what animals say, so because they can’t hear them talk like we do, does that make them not believe that animals can communicate with each other? I can go right now and howl at some dogs but they might attack me because I might be actually cursing at them.” We chuckle a little and he continues. “We can’t see many planets from here using the telescope, but we all believe that there are many. We all believe that the universe is so huge, so big that we are very very little comparing to it. But we’ve never seen the entire universe but we know it’s big. We can’t see the past yet be believe in it and believe in the life of the caveman. We can’t see the future yet we believe there’s either a bright tomorrow or the day of the doom. You can’t see your marks YET! But you are sure and you believe you’ll get a great mark, right?” we look at each other but non answer. “Well, that’s a shame” he says in disappointment and laughter and embarrassment takes over the class for that moment. “Now let’s get to the main topic with a very simple example, when we write, something is helping us to write, isn’t it? And the thing making this marker to write is the ink but the movement of my hands is making the marker to move and making the ink to help me write.” Dr Phillips starts drawing curved lines on the whiteboard. “Now what is making our hand to move?” he looks at the students to see who volunteers to give an answer. He points at a girl and says “Yes? Miss Hailey?”

“It’s the muscles sir; the nerves.”

“Excellent. The limbic system is making our hand move but it’s our brain that gave order to the limbic system. It’s like a chain.” He finishes the lines that were a chain, on the white board. “Do you think the brain is the reason why the marker is writing?” Most of the students agree with his statement saying “Yes”. “Wrong” immediately responds Dr Phillips. He gives us a few moments to wonder what’s so wrong about that. His sessions always fascinate me. What could possibly be wrong about that our brain is the reason our body moves? He claps his hands together “That’s it for today. You can leave” “Aww, professor!!” some of the students shout and groan because as always he leaves a cliff hanger but that’s his way to not having any absence in future classes that I find it very smart.

I run after Dr Phillips for some questions on my research project. He asks me to follow him to his office and I went there sooner than he reached. I put my papers on his desk and wait for him to come. After 10 minutes I find him coming into his office and sits on his own chair behind his desk; he takes my papers and puts on his glasses to look at them. “Well, let’s see what you brought us today, Dominic.”

“I chose a completely different topic, sir. I’m not interested in the previous one anymore.”

He looks at me with his eyes while his head down “this is the third time you’re changing your topic, you’ll run out of time”

He shakes his head while his lips curve into a smile and looks back at the papers. I couldn’t wait any longer than to ask him about that island so I finally let it out before he reads anything I wrote. “Doctor, is it true there’s an island here no one knows about except you?”

He puts the papers down and puts his hands on the desk locking his palms together. “There’s no such island that take you to the 30s”

“Sir, you don’t have to hide it. I know it’s called Zalvarés.”

He smiles “You’ve done your research?”

“Yes sir and that’s the topic I chose.”

It’s too far. The location is still unknown and the rumours might be true or may be false. A few words on Google won’t prove anything and I found very little about this world. People have no cash there, no cars, no modern facilities, no jeans or T shirts. They live such a simple life without technology. I wonder how this modern world could have a place like that and how very little people made blogs about this island but don’t give any information on its location. The rumours about Dr Phillips finding this island made many students mimic him and make fun of how stupid he is because this island can’t exist. But a simple minded person and an admirer of fantasies like me believe everything Professor Phillips say so I looked for it immediately.

“Why this topic for your final project? It’s very risky.”

He sighs “That’s not convincing at all”

“Sir, if you don’t mind me asking,” I change the subject. He leans in on his chair, listening “What do you know about that island? I was wondering if you can help”

“I can help, sure, but a lot of information is classified. What do you want to know?”

He smirks “I’m afraid that’s classified.” I’m sure he’s afraid to share some parts of his findings. I also heard that many other professors that mister Phillips shared the information with asked him to stop doing research on this nonsense so he just kept a lot of data to himself. “But, doc!” I beg him to tell me something “At least a hint on where I can find It.” dig harder and search more is what he wants me to do. Our conversation was over for that day.

I live with my grandparents. My parents are still alive, but they live in another country. I moved to England from Newark for university and lucky me, London is where my grandparents lived so I didn’t have to pay for renting a place. Dinner was already on the table when I reached home. Grandma greets me with a kiss on my forehead and grandpa greets me with complaining about where I put his medicine.

“It’s on the nightstand beside your bed!”

“You always say that but it’s not there! It’s nowhere to be found and I never take my medicine on time because of you!” I hold his hand and walk him to the dining table, “I will bring it, from your room and from the nightstand.” He waves his hand toward me, shooing “Go get it. If you find it on the nightstand I will change my name”

“A few pounds instead…maybe” I help him sit. “Go get it!” I go to his room and bring his pills from the nightstand beside his bed. His eyesight is becoming weaker every day and that’s why he never sees his white medicine on the white table. He forgets our bet and takes the pills that calms him down a little and helps him with his Alzheimer.

It’s been a while since I moved in. I have become really comfortable with the country and with the people. My grandparents also pay for everything I need since they’ll always see me as a kid and I never grow up to them. They don’t let me work but they do let me help them run their small clothing business. They’re understandable and open-minded, they don’t bother when I’m studying, they help me with my projects and homework, and they respect my sense of movies and music which is great. I have just 2 daily responsibilities on them; finding grandpa’s pills and wishing them a very good night. They have control of the rest of the things and I don’t have to worry about them. Living with them is honestly everything I always wanted and I got it 5 years ago. 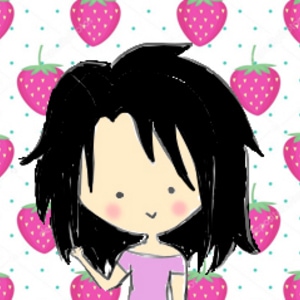 Do you think the island is real? 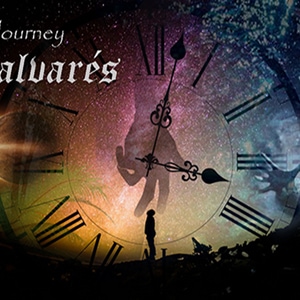 There's been an infamous rumor about an island that takes you back to history. "It's called Zalvarés," says doctor Phillips.

Dominic, a college student, an admirer of fantasies and taking risks, decides to investigate about it for his graduation project.
Does this island even exist?
Where this island leads Dominic to?
Subscribe 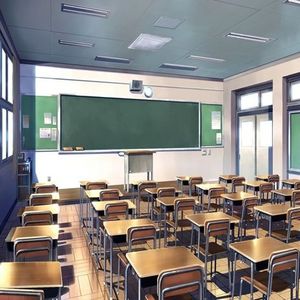