For example, Amy carried Cassandra's head. The thing was still bloody, dripping and everything. Now, there must have been a whole lot of stories in that pretty little redhead of hers. In fact, Cassie (because she was our heroine's best friend) wanted to be a writer. And I honestly think that she could've been part of the successful ones, for she was very good with words. She was this kind of writer who could, through her words, convey any emotion ,any feeling, even unknown. I t worked with me anyway. She could appease the twitching of my hands and eyes, just with her words; make me feel calm, relieved. Now, she was the one relieved. Because she was dead. Relieved of the weight of her enormous, genius and filthy brain.

That is what Cassie used to carry, her stories. At this moment, someone else was carrying her and- what a foolish play on destiny- all the freshly dead hopes in her little head. Dead. Like her. Amy was starring at her. She'd put her  head in a transparent plastic bag which she'd used to go shopping the day before and now she was just starring at her tired but peaceful green eyes, once full of love and life, now all teary and swollen.

Even like this, her pretty head separated from the rest of her gorgeous body, she was lovely. Goddamnit, yes. She had always been lovely.

Probably, Amy wasn't thinking quite the same as me. She stood there, in the back of the couch, still starring at Cassie. She hadn't said anything in the last fifteen minutes or so. And just then -oh shit- good heavens, she just stood up like that, she scared me. I never saw her like that before, she was such an angel but one hell of a temptation took her entire soul over, shifting her into a hideous and bloodthirsty creature- just like when she'd slit Cassie's tanned throat open- slit. I kept looking at her slowly pacing around the table, like a wolf around its prey.

Her whole life through, Amy was expected to become someone or something important to the world. Her parents wanted to be perfect, but she never understood the principle of perfection. She wanted to be herself, only herself. They saw her in the future as a lawyer, a physician they wanted her to live the life they did not have the chance to live, to carry the hopes and dreams they could never reach. By chance, the thing that was the closest to perfection, from her parents' point of view, was Cassandra, Cassie for the intimate ones. She embodied their very strict and selective of this really vague idea. She loved literature, knew all the classics by heart, had a real talent for the oratory arts; her manners were as equally faultless as her composure- hell, she was a princess, and only God knows how perfect and gorgeous and flawless and beautiful she was... And maybe I should not mention His name in this context. Yeah, not appropriate.

"Not so perfect now aren't ya?"

She almost growled that. In a low tone, bittersweet voice; both proud and terribly sour, like a lonely howling in the dark, cold dark.

"Not so beautiful, huh?"

Now she barked that. She stopped pacing. Stood right there, still, then slowly glided down on her knees to face Cassie's face. She reached out to grab a handful of hair and hold it before her. She was holding it tightly, fearing the head would escape all of a sudden and roll its way down the street to scream the whole story outlaid to a passerby.

"What do you think? You stole my life, now I am going to take yours."

She believed in what she said. Her goal was to steal Cassie's work and make it hers. I told her the weight of the guilt would on her shoulders would stay forever but she absolutely did not mind. I told her to do whatever she wanted to do, as long as both of us would become rich and renown. You may think that I am a jerk and that is exactly what I am. I mean, I am not the worst jerk in this room- look at Cassie. She was no angel- except for a celestial body.

All of a sudden Amy changed her unstable mind and decided to throw the head through the window, which immediately broke into thousands of little pieces. We heard the distant screeching of a car whose driver I imagined jumping out of the vehicle in terror, for then a series of high-pitched screams echoed in the street.

"That wasn't very smart." I murmured, scratching my hand to prevent it from twitching.

Amy just glanced at me coldly. "Pick up the body", she then said.

"What for? People already know she's dead and they already have a way to identify her. There's no point in carrying one more burden."

She and I had a common thing to carry from now on. 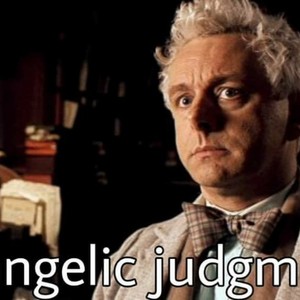 Hi everyone, it's the first time ever, that me and my friend publish anything on any platform like this one. We hope that you'll enjoy our weird little story. By the way, do not hesitate to communicate us your opinion of our work (we may or may not write something else if you like) 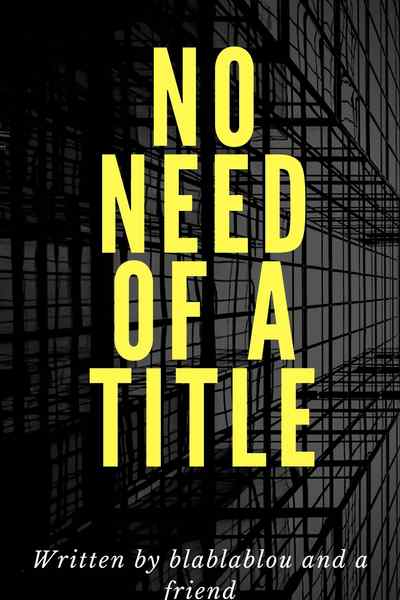 Just a short story my friend and I wrote for English class. 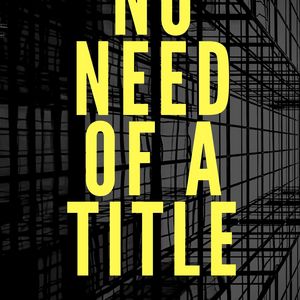