She stood by the bed, her wavy, dark hair wet and combed, brown eyes twinkling. She pulled the covers off Nat. "Come on, you little towhead."

After a lot of effort and pulling, Nat finally got out of bed. Lizza shot a glare to Hab, her second brother, who was laughing maniacally. The scuttled downstairs in unison. Their bowls of mush were ready and warm for them at the table.

Nat pushed his bowl away from him in disgust. He said, "I'm not hungry."

Granny's sharp eyes looked at him over her spectacles. "You get washed up and sit right down to eat. It isn't right to throw out good food, and I'm not going to carry that bowl of mush to Salem by hand."

When Nat still refused, Granny looked at Lizza for some support and then left the room with mother to pack. Lizza sighed.

Nat grinned evilly. "But you won't tell her. You'd keep it a secret."

Lizza put down her spoon and opened her mouth to argue, but closed it shortly after. There was no point in arguing with Nat. Lizza looked back down at her bowl of mush.

"I have to keep your secrets." Lizza sighed, "Someday, you'll be bigger than I am."

"Of course. Someday you will be calling out to me saying, 'Lizza bring your head over here so I can have something to rest my elbow on.'"

Nat stuck out his hands in his pockets, grinning from ear to ear. "Lizza, I'll tell you what. When we get to Salem, I'll tell you a real secret! The biggest secret in the world."

It was late afternoon when the travel wagons crossed the North River into Salem. Granny called, "See that big house, children? Your great-great-great-grandfather built that house. It has seven gables."

We never got to see the house with seven gables. Instead, we were met with a worn down wooden cottage in a weed-grown yard. Mr. Baker started to help Father unload.

Lizza and Nat carried Sammy's cradle into the house, if you could even call it a house. Lizza straightened and smiled. "What a lovely big fireplace!"

The cottage house, in all its glory, was about six feet high, dirt floor, with a big fireplace in the middle.

Granny sniffed. "This fireplace is big enough to let the heat go up and the cold air come down." She turned to Nat. "Think you're big enough to go fetch some coal?"

"You will not." Granny told her stiffly. "That's a man's work. Go along Nat, and mind your manners."

Lizza sighed, disappointed. Father saw her disappointment and let her weed the garden instead. A good half hour later, Nat was back with the bag of coal, looking as if hi arms might fall off his shoulders at any second. Mother was ready for him. She worked swiftly, dumping the coals on the kindling, and picking but the bellows, puffed air on the coals. The fire spurted out in red tongues.

Lizza was astounded at Mother's work. Just as father said, the most beautiful lady in Salem and the most hard working as well.

Nat grinned at Granny. "There! What else can I do?"

"Help Lizza weed the yard," Granny said. "A heap of flowers there if the weeds weren't choking them." She mumbled the last part.

"Do you promise to keep it a secret?" Nat whispered.

"Indeed I will." She promised.

"We have been through so much bad luck," Nat started, "Was it because Father had lost his ship? Or was it because of the war? Ever since I could remember, the war has been going on. Four years since the war has started.

Good luck is just the thing our family needs. So, I'm planning on casting a good luck spell tonight, the best in the world."

"Are you sure it's going to work?"

"Of course! It's the best good-luck spell in the world. But I'll have to do it tonight, while there's still a new moon."

"What if you can't see the new moon through your window?"

"Then that's bad luck. I'll have to wait till Hab's asleep and then go out in the dark and come out into the yard."

Lizza's eyes got big. "By yourself? Won't you be afraid?"

"Not very much," Nat said, "Anyway, I got to do it. Our family just needs the luck. I heard Granny talking to Mother. She's worried. She said if things don't go better now, she didn't know what we'd do." Lizza shivered, terrified.

If Granny thought so, then most likely it's true.

"Don't worry, Lizza," Nat quickly added, "If I cast my good luck spell, everything will be alright again."

Lizza was skeptical, but listened to her brother nonetheless. Anyways, a good-luck spell would either work and we would get good luck, or not work and things will stay the same.

The only thing now is if Nat will actually stay awake for long enough to cast the spell. Not much to lose now. There's not much one could do in such a time as this, then to keep hoping. 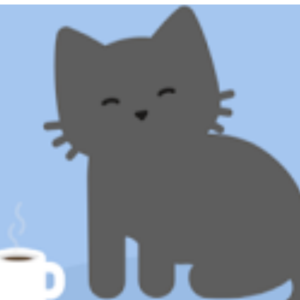 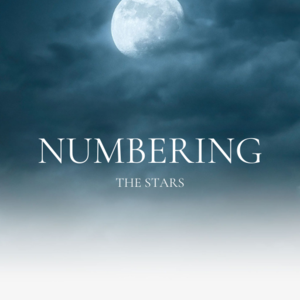