"I know everything about you."I look at my phone, eyebrows furrowed. I roll my eyes, thinking this text is just a prank and I put my phone away.

At that moment, I see Collin. He has chocolate brown hair and his piercing green eyes glint in the sunlight. He's wearing a tank top and shorts. He is talking to his friends about the upcoming soccer match.

The moment I see him, I feel butterflies in my stomach and his piercing green eyes make me faint. Oh god, he looks so charming, I thought to myself. No, no, no, I have to calm down. Cheerleading tryouts are starting soon and I can't let my future husband, I MEAN COLLIN, distract me. I go to the gym early and stretch around as my father's words ring in my head. "You're a disgrace to the family"

I sigh heavily as Betty Cooper, my best friend, joins me. She has bright blue eyes, hazel brown hair, and a talkative mouth. Both of us sit and talk about unnecessary school stuff and students start coming in.

I, as the cheerleading captain, announce the tryouts rules and allow Betty, the vice-captain, to teach the aspiring cheerleaders the tryout routines.

Routines after routines, the tryouts whizz past us like nothing. Betty and I were discussing possible cheerleaders as Jesse, who is Betty's boyfriend, enters the room. He has onyx black eyes and caramel brown hair.

I was suddenly alone in the gym as tears fell from my bright amber eyes and I started crying as I think about the fear instilled in my heart because of my father. As I pack up my stuff, wanting to go for a walk to clear my mind but my heart starts to malfunction as Collin enters the room.

I had accidentally left my journal behind. Collin perks up, noticing the journal, wide open, and picks it up. Just as he goes to give the journal back, he notices his name and curiosity begins to get the best of him so he reads it.

"Dear Diary, Today I went to the match where Collin was playing and I couldn't stop staring at his striking emerald eyes and the way he flips his smooth chocolate brown hai..." He started blushing.

'WHAT DO YOU THINK YOU'RE DOING?!'

I snatch the journal from Collin.

'Reading your journal' he replies nonchalantly as he gave a small smirk. I give him a stink eye.

Collin asks, 'Do you wanna grab a coffee in the café down the street?'

My heart flutters and somehow I manage to stutter out a "yes". Colin goes to pack his bags and told me that he will meet me at the door and so I decide to do the same. I notice that he got a text and his face changes.

It's as if... the text was threatening him about a secret he was not ready to share. I brushed it off and decides not to make a big deal out of it.

We both went to the café down the street called "Pop's Café" and Collin tells me "I've been coming here and since I was a child and I know the owner pretty well. It has become my hangout spot since then"

We both get a table beside the window and we ordered a cappuccino. We spoke about dreams, hopes, and ambitions. The convo becomes pretty intense. Time passes by swiftly, unfortunately, and it is 8 pm. Collin offered me a ride but I decline as I already knew what's waiting for me at home. 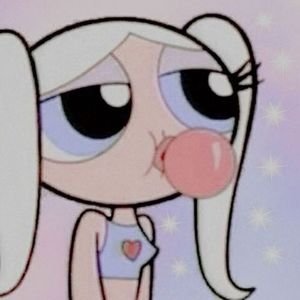 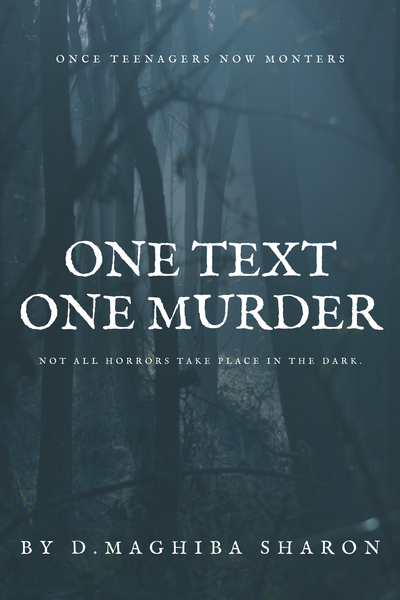 Clarice Quinn did not know what to do when she received a chilling text from an anonymous texter who threatens her with secrets from the darkest corner of her life if they don't listen to them.

One by one, with one text, they have to kill one person and before you know it, they're ruthless murderers waiting for their next order from this anonymous texter.

Can they find out who this texter is and stop them from damaging their lives and the lives of those all around them, or will they be stuck like this as ruthless monsters?

After all, not all horror stories take place in the dark.
Subscribe 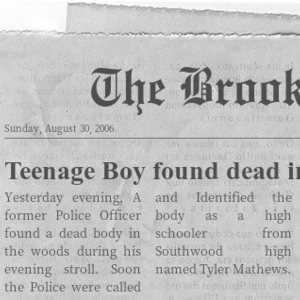