The trees tremble, and it is not from the wind.

I clench my fists so my fingers don’t follow the trees’ example, and reach behind my back, pulling out an arrow and nocking it in a motion so practiced that I don’t need to take my eyes off the tree line. Sunlight glimmers like a jewel through the shifting leaves.

“It’s here,” Meleager says, his voice solid and unafraid. He stands so close beside me that I can hear his steady, unfaltering breaths, and I wonder if the other men are feeling half as brave as he is. Although, I’m not certain it’s bravery to act so calm before a beast. Maybe it’s just stupidity.

Either way, I’m not going to let them see me as anything less than predatory. I grit my teeth and stare down the shaft of the arrow, aiming it where the trees shudder the most. The leaves and bushes beneath them writhe, struggling to contain the monster all of Calydon—all of Greece—could know by scent or sound alone. The monster we have been hired to slaughter.

He was right about you, I remind myself. I think the words over and over again, until I can force my body to stay still and tall, even as the men of the hunt fan out around and in front of me. Prince Meleager defied everyone around him to let me join this hunt. I will make sure he knows he was right. I close one eye and bite my tongue until I taste blood. I made it here, didn’t I? Among all these men, these famous warriors and princes and heroes—I made it here. I will show them what my name means. Atalanta, equal in weight.

The forest explodes. Leaves fly, branches shatter, and the men raise a loud yell, something fearsome and almost taunting, even as it blends in with the growls and screams of the terrible beast before us.

My muscles fall weak, and I jerk my bow back into its place, squinting down the arrow, trying hard to stop the desperate heaving of my chest. I’ve never been so glad to be an archer—I stand back, while the men rush forward with their spears and swords at a monster twice the height of Laertes, the tallest among us.

I used to think the five of them were a daunting, terrifying thing—a force any beast or army would hesitate to face down. Now, I finally see that they are just five men. Five men against one daunting, terrifying monster. Meleager and Tydeus grasp their spears, while Laertes and Peleus raise their swords. Hippomenes’s curly hair bounces as he moves to the front of the boar’s wet snout. It bares its teeth, like a wolf.

I have no doubt that the goddess Artemis created this beast. If she is truly in charge of the wild, then this is certainly her doing. I want to close my eyes. King Oeneus was a fool not to honor her. The boar rakes its tusks down and around, uprooting a tree and crushing Tydeus with it. My hands shake. Take your shot, take your shot.

My first arrow lands true. It embeds itself into the boar’s left flank, and I exhale, already grabbing the next one. But the boar is undeterred. My arrow sticks out of its side, but it merely snarls once in discomfort. Like the wound is a bee sting.

The second arrow hangs loosely between my fingers, and I realize my distance is preventing the beast’s destruction. The whole reason Meleager even accepted me here—my aim and acumen—is for nothing. Not when we’re staring up at divinely created annihilation. My eyes fall on Meleager, as they too often do. To my surprise, he’s staring right back, his dark eyes wide with something between fear and ferocity. Meleager jerks his head toward the boar once, his message clear. Fight. 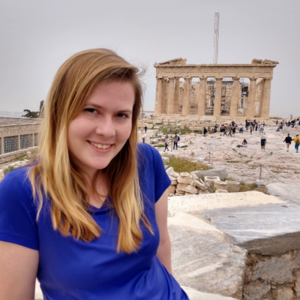 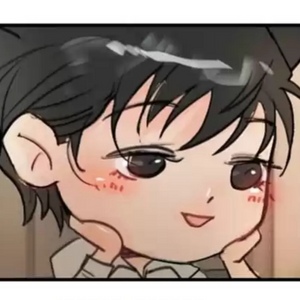 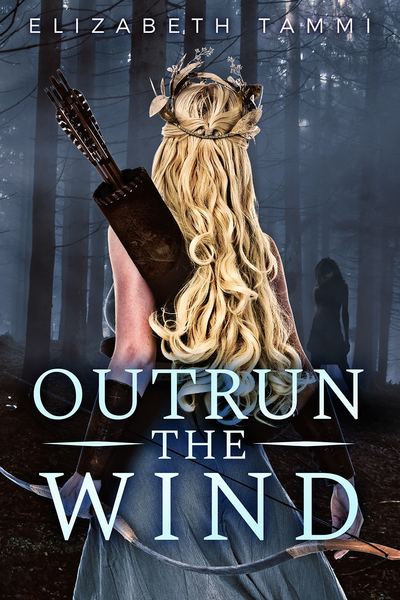 The Huntresses of Artemis must obey two rules: never disobey the goddess, and never fall in love. After being rescued from a harrowing life as an Oracle of Delphi, Kahina is glad to be a part of the Hunt; living among a group of female warriors gives her a chance to reclaim her strength. But when a routine mission goes awry, Kahina breaks the first rule in order to save the legendary huntress Atalanta.

To earn back Artemis's favor, Kahina must complete a dangerous task in the kingdom of Arkadia-where the king's daughter is revealed to be none other than Atalanta. Still reeling from her disastrous quest and her father's insistence on marriage, Atalanta isn't sure what to make of Kahina.

As her connection to Atalanta deepens, Kahina finds herself in danger of breaking Artemis's second rule. She helps Atalanta devise a dangerous game to avoid marriage, and word spreads throughout Greece, attracting suitors to go up against Atalanta in a race for her hand. But when the men responsible for both the girls' dark pasts arrive, the game turns deadly.
Subscribe 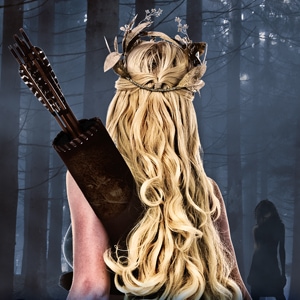