Warning: This chapter describes someone having a panic attack

“I’m sorry sir, but we simply cannot have you working at St. Margarets anymore.”

“What!?” I slammed my hand into the sturdy wooden table.

“You’ve been injured twice.” I opened my mouth to voice my objections. “In one week,” she said dryly, “The work is simply too dangerous.”

“I- It’s fine!” What will my parents think? What will dad think? They’ll think I’m a disappointment for sure. And I don’t really want to leave… This is all my fault, I should have won those-

I locked my gaze on her as if she was reaching out to prevent me from falling into a canyon. “In… Out…” she said, soothingly. I took a few deep breaths and paused to collect myself. “Thanks,” I added a moment later. “Erm… if I could ask, how did you know what to do?”

“Ah, well your medical records showed you had a history of panic attacks.”

“In fact…” she clicked and scrolled through a webpage. “You had one… last Wednesday? Hmm… it doesn’t say the cause… She looked at me and tentatively asked. May I...”

She nodded multiple times rapidly. “Of course, of course. I’m so sorry I shouldn’t-”

“Oh, no it’s fine.” We sat in this uncomfortable silence. She was shifting around in her seat, I was twiddling my thumbs and biting my lip. She finally broke the silence.

I smiled. She then added, “Though, I must insist on you getting paid. You are essentially providing the duties of a security guard, which is more than your community service requires. Or even permits.” She added that last part under her breath and rolled her eyes.

“Hugh, FINE…” I said, acting like a little child. I stood up and swung my hands around, which knocked against the chair, desk, and wall. She rolled her eyes and laughed. I flumped down on my seat. “But, wait, Dante won’t be able to afford me.”

“Well, I’m sure you’ll figure something out.” Her statement sparked the seed of a thought. A few seconds later, I responded.

“Here’s my donation to St. Margarets.”

“No Raf, why are you doing this? You’re getting paid less than minimum wage!” Dante mumbled under his breath and his eyes shied away and rolled for a split second, “That’s how we could afford you.”

“I don’t care. Look, at the very least, I’m getting a tax deductible.”

“I don’t care.” Dante shoved the envelope back to me.

“You know, I don’t want to get into one of those situations that they do in movies, but seriously, take the money.”

“Look buddy. I’m not letting myself have the money, so you might as well take it. I’ll destroy it if I have to.”

“I’d rather not waste money.”

“Hmm…” I thought for a second. “I know!” I walked out the door. Dante rushed after me.

I went to the dorm halls, where most were in by now. I hung outside, not entering, and pulled out my pocketbook and began writing checks.

“Hey! You’re not supposed to…” As he came closer he slowed, confused, then walked over to see what I was writing. “What are you doing?”

“Giving everyone a little pocket money.”

“Well, I’ll buy stuff for them. And they can always save it for when they get out.” Dante turned red. One of his ears twitched slightly. He gritted his teeth and balled up his fists. “Consider this a way around you.”

Dante breathed in and out, in and out. He smiled, “Okay, fine. You win. It’ll teach them to manage money anyway, they haven’t exactly had much nor needed any since they came here.”

“Can you do it though, I’d rather not be here. I don’t want to make anyone uncomfortable.”

Dante nodded and began sliding the checks under the doors. After asking what they were, I heard weak thank you’s through the door. “Of course!” I said. Suddenly, one door opened. Trevor walked over to near the place I was standing, placed the check on the table there, deep breathing the whole time, and walked back, not saying a word. “Wait- You don’t-” The door slammed. “Ahhhhh….” I just stared. Dante walked over. “He tried to slip it back out but I pushed it back in."

“Well, you could try to convince him.”

“Come on.” He essentially dragged me to the door. I had a feeling this was one of his treatment plans. As I stepped over the boundary, I felt tense, like it was a place I shouldn’t be. Probably because I wasn’t supposed to be here. I hesitantly reached for the doorknob but Dante shook his head. “Just talk to him from outside. Either way, the door is locked.” I nodded, and then called, “Uh, Hey, Trevor?” Silence.

Dante spoke reassuringly. “It’s okay Trevor, he just wants to tell you something. He can’t get in.” Still silence. Dante gestured at me to continue speaking.

“Um, You really should keep the money. I don’t need it, and maybe you can buy something for yourself or whatnot. I can always get it for you, or you can order online.”

Silence. Dante was about to open his mouth and say something but then Trevor spoke. “Keep it. I don’t want your stupid money.”

I thought for a second. What should I say? Then, Dante whispered in my ear, “You know, Trevor likes video games a lot.”

I nodded and thought, almost jumping when the idea hit me. “Okay Trevor,” I said, “I won’t give you any money.” I then walked off to the door, forgetting to ask Dante if I could leave. He said nothing.

An hour later, I returned with my old video game console and a pile of games. I included my favorites, of course, but also some others for variety. He might not like the same things as me, after all. I asked Dante to accompany me to the dorms. He was the only one with the master key to all of the rooms. He opened his room up and I placed the video games inside and ran, irrationally afraid he’d catch me.

Later that night, I walked near the dorms and could hear a few sounds from Trevor's room. I couldn’t come into the dorm area, but I was able to hear a cheer along with the distinct sound of a monster being gutted. I smiled and walked off.

Hello everyone! Thanks for reading! If you would like, please feel free to place reviews, criticism, comments, yelling at the characters, or whatever in the comments. Again, thanks and credit to ShoresofAcadie for allowing me to do this! See you next episode! 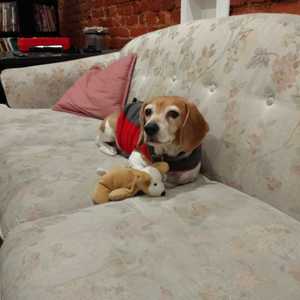 And thus begins the pursuit of the elusive Trevor. Raf tried video games; it was super effective! :D

Looking forward to seeing where things go from here in your version of the Unmarked Hearts universe! <3 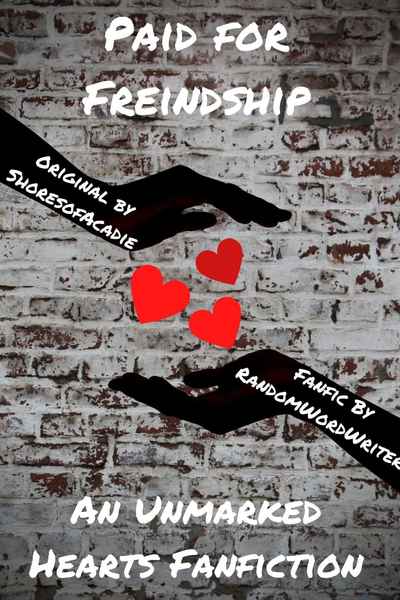 Note: This is a Unmarked Hearts Fanfiction. Thanks and Credit to ShoresofAcadie! The series is great, with wonderfully deep and flawed characters, interesting insights into different perspectives, and more, and I highly advise you to check it out at the link if you haven't already: https://tapas.io/series/Unmarked-Hearts/info. (Note: It does contain [carefully marked] mature topics, themes, scenes, etc., for example mental health, domestic abuse, and violence. Full warning by her is at the end of episode 1.)

The second note: My series also contains similar mature topics, scenes, etc. I will do my best to give warnings, mark certain parts mature, etc. Thank you so much!

And finally, the actual description: Told by the government he must be paid due to his community service being more like a job as a security guard than anything else, Raf decides to donate the money to the center in a variety of ways after Dante refuses to directly accept it. The first time, he simply gives the money to everyone, but after Trevor doesn't accept, it triggers and note-exchanging and gift-giving friendship that begins to grow into a deeper bond. Soon, though, love turns to danger and they must confront their past lives to finally move on to the future in peace.

Upload Schedule is once a week on Tuesdays (hopefully).
Subscribe 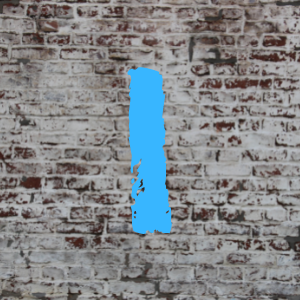