It started as most disputes do; there was much shouting, plenty of hurled insults and desecrations of one another's' names, nitpicking at one another's' insecurities because using actual knives to carve into each other’s skin was not permitted. But, unlike the other times, this fight ended much, much differently.

Stumbling backward, Pick’s back crashed against the side table, a vase and ashtray clattering to the floor and shattering across the tiles. Pick’s head rattled on his shoulders, his brain rolling about in his head from the force of the blow, and his lip was hot and beat in time with his heart, swelling even as he gaped, open-mouthed and wide-eyed, at his father.

His father, whose hand was raised, still in the final pose of the arc of his swing. His hair, usually immaculate, sat in disheveled strings about his head, his neat braid fraying out of its tie. His face was ruddy with anger, but his eyes were wide with shock, and his chest heaved as if he’d just run for miles.

Pick straightened himself, wincing as he gingerly touched his fingertips to his lip. They came away bloody, the deep red marking his pale fingertips like a wax seal on an envelope.

“So,” Pick murmured to himself, a disbelieving smile breaking on his face even as the split in his lip widened. “This is it, then.”

“No, this is not it,” his father, Count Erge du Ruemont, said, his voice wavering even as he tried to sound firm. “Abel—”

Pick laughed a little to himself, shaking his head. He couldn’t tear his eyes away from the blood on his hand. He could taste it, coppery and acrid, seeping through his lips, but the sight of it; it spoke to him, whispered something that sounded eerily like “freedom,” and though he could hardly fathom why, he desperately wished to follow its call.

So he said, “This is it,” and lifted his head, letting the bruising on his cheek and the swelling of his lip shine straight at his father, hoping it would blind him, hoping the beating of his damn heart would make his father deaf at its persistent, spiteful sound. Count du Ruemont looked stricken, his hand falling from its precipice, and he took a step forward, only to pause at something he read on Pick’s face.

“What…” the old man muttered, combing a hand over his frazzled hair, looking more lost than Pick had ever seen him. Was this what he needed, Pick wondered, all this time? All he needed to make his father see him as a person was to decide he could live without him?

“What do you mean?” Count du Ruemont finished, his hands falling to his sides, standing as he always did when speaking about matters of state or official business. Pick had enough of that. That was the man he always saw—never his father, but the indomitable Count du Ruemont, straight-backed and icy, unerring and merciless in his assessments of everything around him, always seeking, with pinpoint precision, all the ways in which Pick had been found lacking.

Pick smiled. Not any longer, he thought.

“Goodbye,” he said, and he turned and left the house. 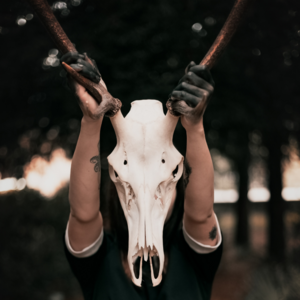 Pick's history with his family isn't the cleanest...

Pick's story is nonlinear and the writing is more poetic than I usually allow myself, so I'm just having a good time writing this. 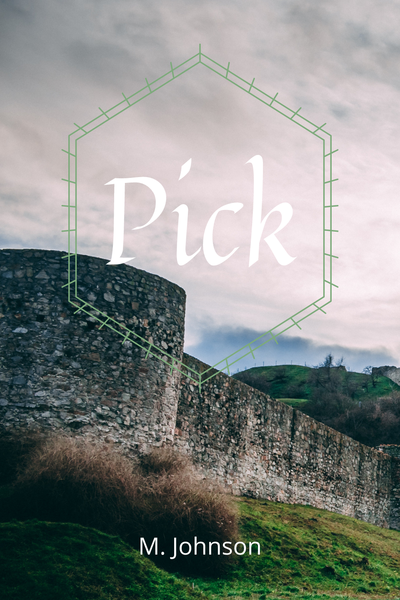 Pick: Handfasted Consort to the Warlord of Irschhommen, Historian, Diplomat, and Bard. Within the walls of Reathus Fortress in Cathuseye, Pick is well-protected, treasured, and beloved. But he was not always so.

An interrelated series of vignettes about a character from a fantasy world I have developed. This is just a personal project, but I'm sharing it in case anyone is interested!
Subscribe 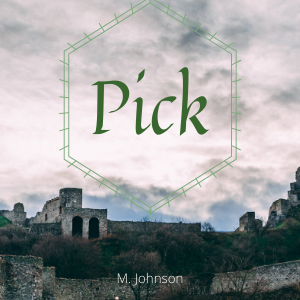