What was it about the feeling of freedom that caused one to feel so utterly trapped, she wondered? She had waited her whole life, and oh what a long, long life that had been,  for the freedom now laid at her feet and yet now that she had it she found the cost to be near unbearable. But then, she had never felt the bite of bitter cold like she had that night, tossed out in the thinnest of dresses she owned.

Was the chill down her spine because of the snow that dusted the tops of her feet as she trudged through the moonlight, or was is the knowledge that there were no going back? No picking up the pieces that she had expected to be picking up from the argument she herself had started that night, but rather the pieces of a whole new life with no clue where to start.

“Not even a pair of proper shoes,” she muttered to herself, rubbing her arms up and down for the small bit of heat she could muster with the friction. Never had she worried about a proper pair of shoes while in the forest, as every venture had been bare foot and in the entire opposite season.

There was a lake that she had known from her many visits to this place, she felt if she could at least get there she could make a plan. Humans loved those, right? Plans? Perhaps that would be the way to start, assimilate by using that conscious thought they were so proud of?

When she saw the frozen surface of the lake she was both relieved and taken aback. She had never seen it this way, iced over and covered in places with fallen snow. It was almost ethereal, and she recognized the irony of that being the word that had crossed her mind upon seeing it but there truly was no other way to describe the reflection of the moonlight hitting the surface and reflecting from the soft snow.

Optimism. She told herself. That would be the key here. She wasn’t quite sure where to go from here but she knew the first thing she would need to do is get her own spirits up. Those in her position never really needed consider the word as things generally just worked out for them — and when they didn’t, well, usually a head or two rolling changed that.

There wasn’t exactly any heads that could roll here, except maybe hers but she had no desire to give those who put her in this spot the satisfaction. This was what she had wanted, and when she really considered the notion it was what was for the best. Of course it would take some adjustment, assuming she could make it to a village as well as find a place there. Otherwise she could just live here, in the forest she spent so much time in all these years.

Though, she mused, if humans truly experienced winter every three seasons she wasn’t quite sure forest life would be for her after all. A little less optimism, then.

She sat against a large boulder stretching her body with her hands reaching towards the sky, a silent prayer of thanks for the peaceful moment amongst such an otherwise chaotic night. The sound of leaves brushing against each other became a melody she had the strongest impulse to sing with — and so she did, there in that lonely wood under the light of the full moon that occasionally broke from the clouds. She sang of love, of hope, of feelings that she had dreamed to one day feel but had been told would never be for her, and she feared after the night she had it was closer to the truth than ever.

Yet as she sang, the very force of nature singing along with her in that unnatural melody about a love she could never have, there was a man there in the wood out of her sight, a man who fell into that love. He knew nothing of the girl he had come across, barely dressed in the snow, but he did know about love. It was the very thing he had ran into the forest to escape, in fact, with the plans to escape everything else at the same time.

First, he watched in stunned silence as the woman in front of him lulled the forest to sleep yet awakened him. Then, after moments that stretched into minutes he was all too awake, rushing forward to grab her arm.

“My lady!” She gasped at his touch, a look of shock on her face to match the look of panic on his, “it is not safe here. This is a place of monsters and beasts, please allow me to take you to safety.”

“That is the nature of the creatures in this wood, champing at the bit to rip you to shreds and make you want it when they do.” He spoke with a fear of experience, a feeling he was not expecting to feel again.

“You are here,” her voice was lithe, near amused, “do you desire to be torn asunder?”

He almost bit the affirmation out at her — Yes, I very much do — but realized that if that is why he was there it could very well be the reason she was there as well. The idea of such a beautiful creature wanting to end her life did not sit right with him and in fact seemed like the truest tragedy the world could know.

Instead of answering her question, he found himself begging, “Your name, my lady?”

“Cordelia,” she replied, the dangers of sharing her Name forgotten. Gently, she removed his hand from her arm and he offered no resistance to the uncurling of his fingers. “Named by my father, the bastard he is.”

The unexpected harsh language from her beautiful satin lips forced a laugh from him, replying with his own name, “Hector Brookewood, charmed.”

“Brookewood?” She smiled with recognition, “You’ve named yourself from the Broken Wood?”

“Oh, well,” he fumbled in confusion, “It is the name of my father and his father my lady.”

He bristled with lack of decorum, surprised she would so quickly call him by his name as the ladies of the march called him Lord Brookewood or nothing at all. It was refreshing, and with a shock he realized that this encounter was exactly that — refreshing. So different than the doom he had been intending to meet in this cold, barren forest.

“That was the plan,” he admitted, “however I’ve found my second wind trapped with this mortal coil I believe.”

The death of mortals was something that fascinated Cordelia, however their optimism where her own failed fascinated her even more. “Pray tell sir.”

“A lady in the moon light has enchanted me with a sweet song and I fear it would be a shame if I were to not see her again,” with courage he bowed, taking her hand and kissing the top of it as if finally giving her the formal greeting he should have already done.

The lady laughed, a most pleasant sound and the first of many she would share with him, the steam of their breaths floating in the night like the clouds of a future promise. 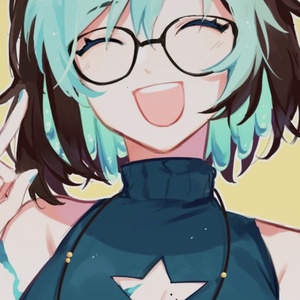 "usually a head or two rolling changed that" - oh my gooosh does this tell a lot about the character and where she comes from. Great imagery.

Oh oh oh - "he almost bit the affirmation out at her - Yes, I very much do" - aaahhh. Oh, I like him. I like this. This here I enjoy greatly. Please more.
Oh, but my heart fears that this will not have a good ending.

"the steam of their breaths floating in the night like the clouds of a future promise" - be still my racing heart. I already adore them and I know I shouldn't based on references, but I do. I do, I yearn for them to be ok, but oh. I can tell I am going to hurt. 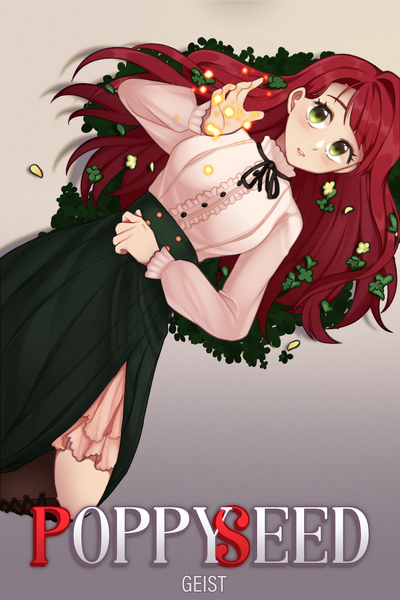 Poppy Brookewood was raised on stories of the fantastical and secrets that would seem dreamlike to even the most romantic idealist.

However, loss turns that dream into a nightmare. The sprawling forest her family, both families, have watched over for generations becomes a hellscape of danger with little to no way out once you've found your way there at the wrong time.

At a wrong time indeed, Poppy discovers she is immune to the dangers the cloud of terror known as the Wild Hunt brings. And it is in that discovery that she has to make a horrible choice: Help put an end to the Wild Hunt or join it. Forever. 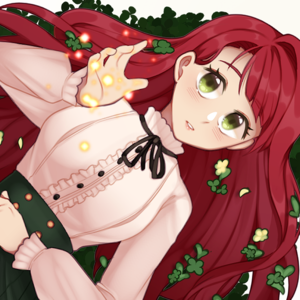