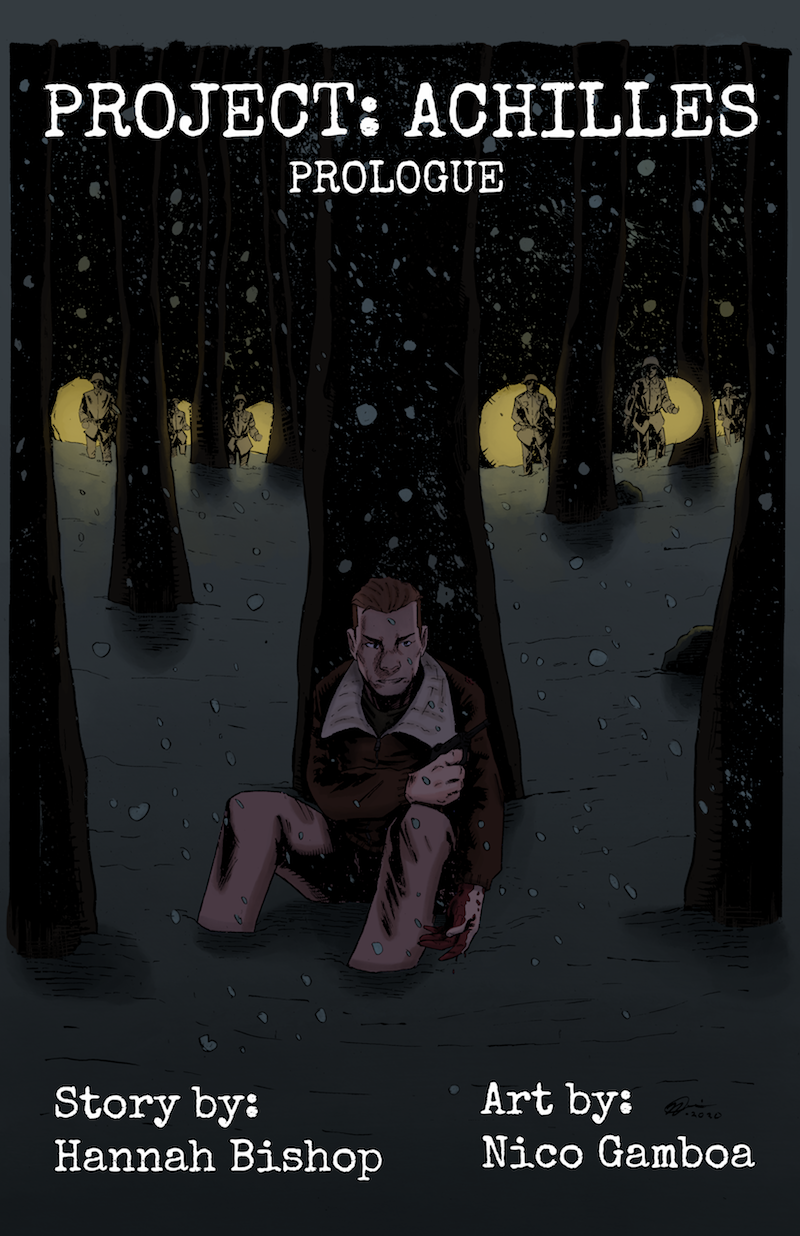 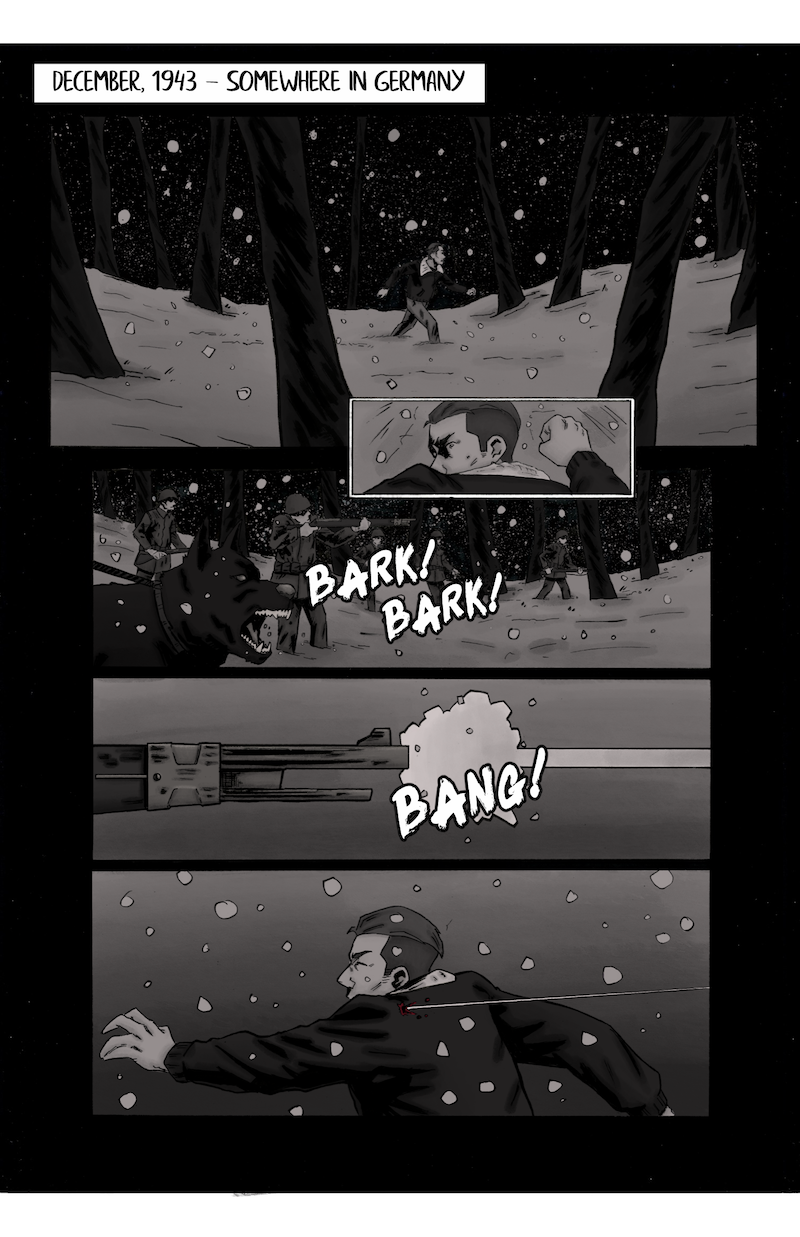 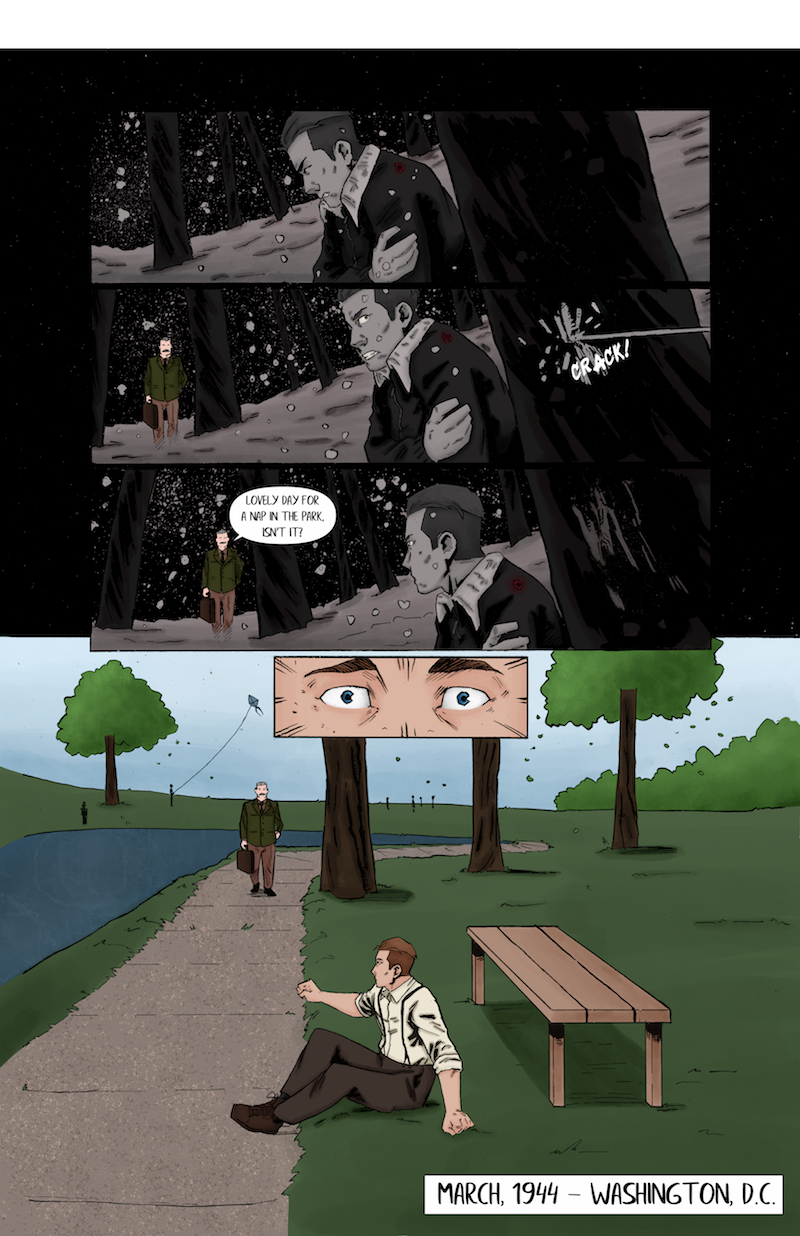 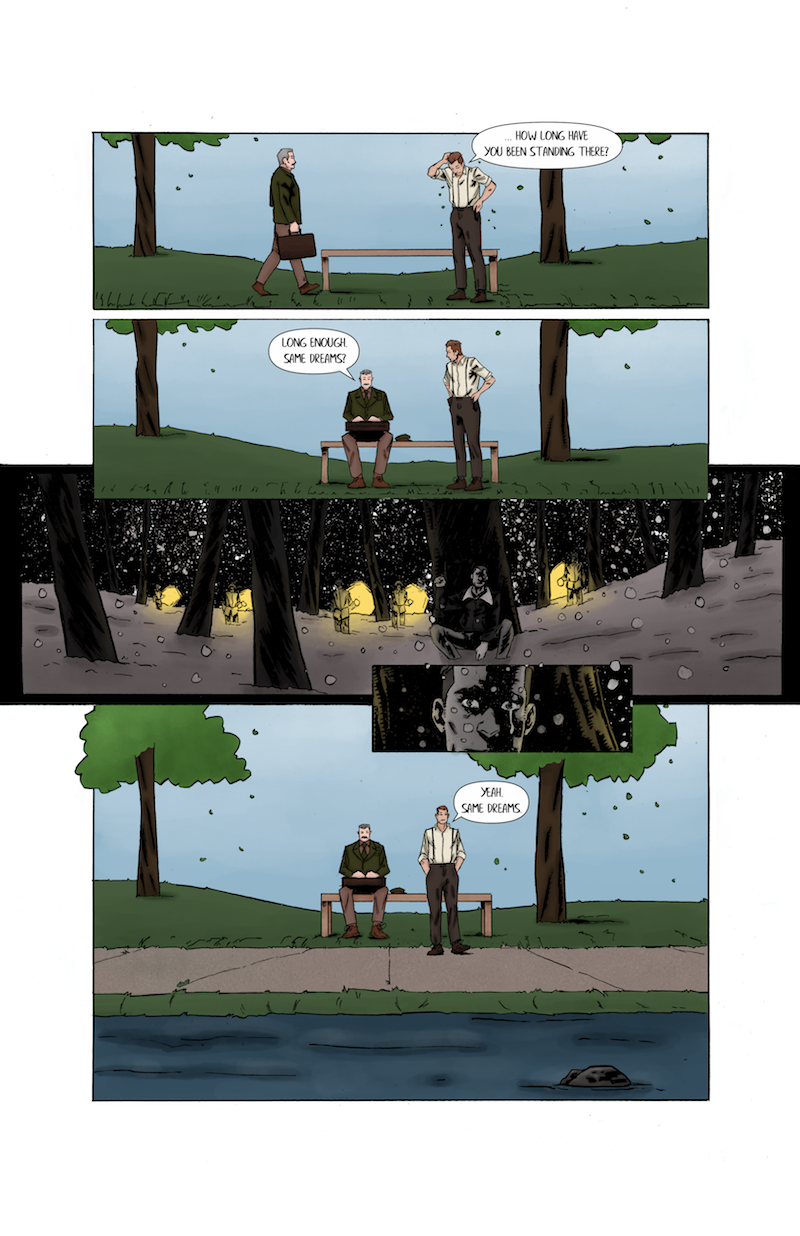 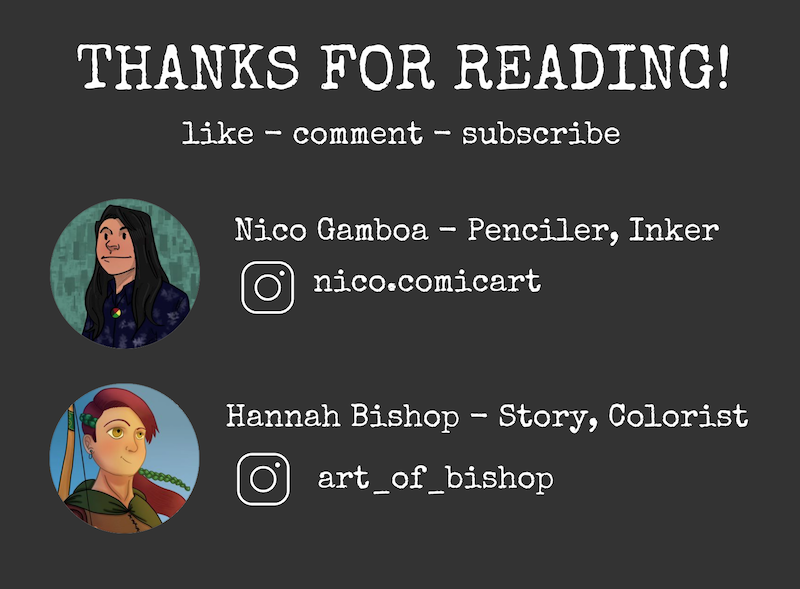 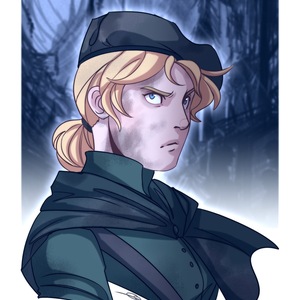 Dutch didn't enjoy Germany all that much...

Welcome to "Project Achilles"! Super excited to be posting pages of this for y'all, and I hope you guys enjoy it as much as we like making it. You'll be getting updates on Mondays. In the mean time, be sure to like, comment, and subscribe, and check out our instagrams for more on this and our other creative projects! 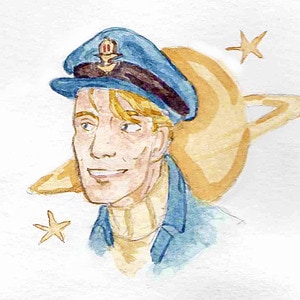 Hoooray, a historical comic set around WWII! The snowy flashback is really evocative, well done with the lights and the snow. 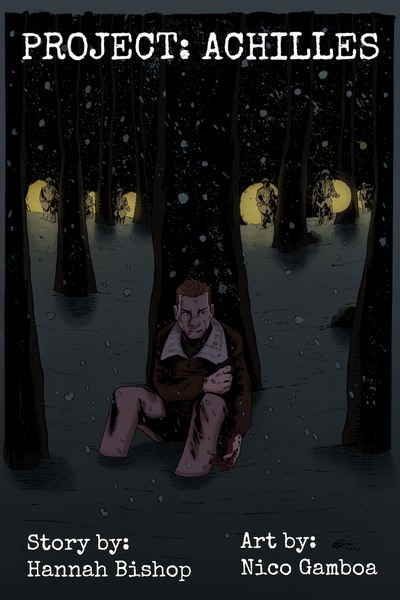 It's been a few months since Dutch escaped the lab of Dr. Franz Teudt, and he's desperate to kill the man who performed medical experiments on him as a POW. His chance comes in the form of Project: Achilles, a program intended to train super humans to be an elite unit in the army. He's not exactly impressed with his crop of candidates, but as things worsen across the Atlantic, it becomes clear that they're the best chance they've got against Germany's growing army of super soldiers.
Subscribe 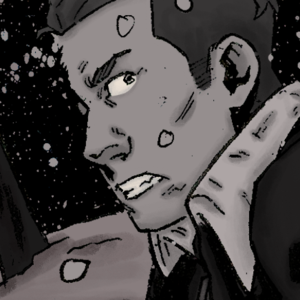