Minerva ‘Minnie’ Tate was an enhanced individual otherwise known as a deviant she could make plants grow unnaturally fast, calm and tame wild animals, could bring dying plants back to life or kill them. She’d been born in a laboratory from a test-tube the daughter of Callahan ‘Cal’ Littlewood and an unknown woman she’d been experimented on and when Cal escaped with her hunted down like rats…vermin…Cal did his best to keep her safe to give her a normal life bouncing from odd location to the next after 6 years of successful hiding they’d been found and attacked now they were running…running….to hopefully gain sanctuary at a remote and secluded wildlife and nature preserve in Begonia Woods with an old friend of Cal’s.

Minnie clung to Cal as he vaulted over rocks, trees, and rivers his animalistic side showing its potential he was bleeding badly, but still, he held her tight…he said, “It’s okay Magpie…it’s okay….it’s okay…we’ll be there soon…we’ll be safe soon…they won’t dare enter Begonia Woods it’s sacred grounds…just a little longer…hold tight Magpie. Close your eyes poppet…close your eyes…”

Minnie pressed her face into the crook of his neck as he ran at an inhuman rate through the trees…they were close she could smell campfire smoke faintly in the air. Oh, please make it through pass before the soldiers caught up…She whimpered as she heard gunshots hailing from behind them wood splintering around them as they ran. Then Cal fell a strangled noise in his throat she wanted to open her eyes to see, but dadda had said not to…

Running they were running again, but Cal wasn’t running right he was running funny…and his breathing was strange…she could feel them flying through the air as he jumped up, up…then she peeked her eyes open for just a second, towering Sequoia redwood trees seemed to guard the lush, green grassed forest below…it was a beautiful sight for a split second then they crashed down thumping and rolling down the rocky mountainside through thick, sharp brambles over soft carpeting moss until they sprawled out in the woods against a boulder.

Minnie struggled to sit up crawling to Cal’s side when she saw he wasn’t moving, he was breathing funny…whistly and wheezy like air through a straw…he reached up with a hand to cup her cheek with a strange look in his eyes and wheezed, “Hey Magpie we made it…you’re safe now…I love you…I love you so much….always will…you promise me something…you listenin’ poppet?”

Cal was crying as he said, “I can’t poppet…I can’t get up…it’s okay…It’s okay…promise me, Minerva you’ll stay safe, you’ll stay here in the woods never go back to the cities and towns it’s not safe…never try to change who or what you are to fit in…you are perfect just the way you are…I love you…I love you so much, but I can’t find the rangers with you…they’ll be good to you…keep you safe…feed you good…teach you all the things you need to know…I lov-“

He trailed off and just…. stared at something behind her…. Minnie sobbed shaking him, she wailed, “Dadda! Dadda! Get up! Get up! Dadda! You’re too heavy I can’t carry you! Dadda please!”

He didn’t get up…he didn’t blink…didn’t move…what was wrong with him? She was still shaking him when the rangers found her…Minnie couldn’t cry anymore her eyes were burning, her throat raw and everything hurt…A tall, dark lady with a bald head knelt down beside her with tears streaming down her face she closed Cal’s eyes and said, “Baby girl? Hey sweetheart…my name’s Dina…c’mere baby girl…c’mere let’s get you back to the station…we’ll take care of you okay? Your daddy’s…your daddy’s gonna be looked after too…c’mon…”

Minnie pushed the lady away and clung to Cal saying, “No! No! I wanna stay! I wanna stay with dadda! He’s sick! He needs help…Help him! Help him!”

Dina reached out and pulled her away saying, “You can’t stay here baby girl it’s gettin’ dark out…you’ll get lost in the dark…we’ll look after your daddy okay? We’ll look after him, but we gotta help you first okay? C’mon, let’s go baby girl…”

Minnie sniffled as she let Dina pick her up and carry her away the other rangers were crowding around with a stretcher. Minnie passed out before they got to the station, she came to in a nice soft bed, she looked around where was her daddy? Where was the lady? Were they safe? Was dadda okay?

She slipped out of the bed and stumbled on shaky legs from the room stopping when she heard the lady Dina talking what if she got in trouble for getting out of bed? She listened hoping she could find out where her daddy was “That poor kid…if I’d known things were so bad I would have gone out there to get Cal and her when he called….god…he’s gone Silas! Cal’s dead…I don’t know how to begin to tell that little girl her dad’s dead…he’s the only person she’s ever known…my best-friend! I’ve known that man for 20 plus years and he’s dead hunted down like an animal! I can’t even report it to the police or else I’ll put his little girl in danger…he died saving that little girl…I better go check on her…”

Dead….dead…her daddy was dead? She didn’t move even when the lady came into the room and saw her crying. The lady knelt down in front of her and said, “Oh baby girl…I’m sorry…I’m so sorry…I…I’m sorry we couldn’t save your daddy…we tried…w-we tried…we did…please believe me we did everything we could, but he was just too hurt…but…but…you’re safe, you’re safe here in Begonia Woods you’ll never have to worry about scientists or soldiers hunting you down ever again…you’ll never have to run away again…let’s get you back in bed okay? You got pretty banged up you need to rest….I…I don’t know how to make this better for you I don’t I’m so sorry that I can’t fix this…but your daddy’s in a better place now…he’s with the angels now looking down on you watching over you…so you’ll always be safe…”

Minnie cried and cried until her eyes burned and throat was tight again until Dins picked her up and hugged her so tight her chest hurt. Until she had no more tears left to cry until neither did Dina, Dina brushed her messy hair from her face and said, “Baby girl, you get on back in bed for me and rest okay? You just rest okay?”

Minnie crawled back into the bed with a heavy sigh burying herself under the blankets. She wanted her daddy, she wanted him here with her, she didn’t want to be here alone with strangers…what if they were bad like the scientists and all the soldiers? What if they didn’t like her either ‘cause she was different? What if the scientists and soldiers found her and took her away back to their labs? What if…there were too many what-ifs her head hurt, her heart was heavy, her eyes stung like she had something in them and her throat felt like it was getting squeezed…. 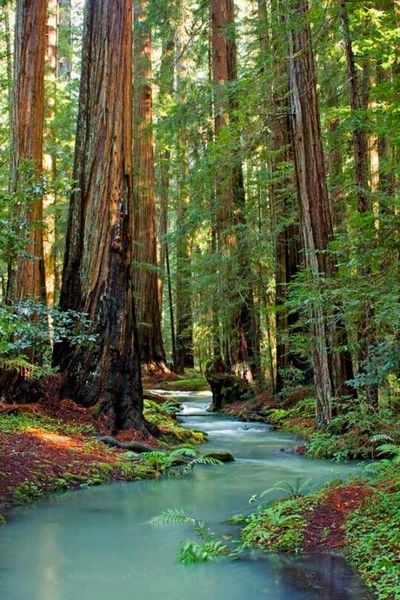 Minerva Tate is an enhanced human with her father she flees society to the secluded Begonia Woods shrouded in mystery and folklore can she put down the roots she needs to survive?
Subscribe 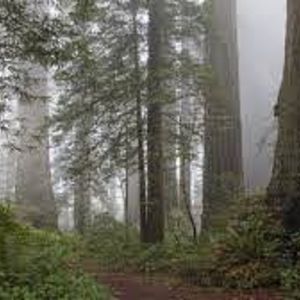