As I grew up, everyone told me “Life has its ups and downs.”

But they never told me how often positivity or negativity comes. Sometimes, I would have moments where nothing in life was wrong, other times, nothing in life would be right. Those feelings can last a long time... I wish I would’ve known that.

I can feel the cold, brisk wind breeze across my face as I gain forward momentum. Then, I feel my feet being dragged through the wet snow as I go back.

This never-ending loop of swinging back and forth, reaching highs and lows. It never changes until the chains start to age and rust, then eventually, it’ll break.

It’s been exactly eight years since I gained that feeling. It shackles me down like a prisoner. A cycle that, no matter how much I try to break free, always pulls me back… just like this swing I’m on.

I look upwards to see the faded shine of the moon, filtered by the dark clouds of a snowy night. How many times have I looked at the moon in my life? Time passes by and eventually, I’ll be back, staring right at it, thinking about how time barely felt it passed since I did this last.

“Heh, here I am complaining about how short life feels, while wasting my time sitting in this dingy park… I’m such a hypocrite, aren’t I?”.

As I whispered, I saw my breath become visible through the chilling air. It was then, that I became aware of how cold I truly was.

“Sheesh, I paid an entire paycheck on this, you’d think it would at the very least keep me warm?”

I put my hands into the jacket’s pockets, aching for any warmth. Nuzzling my chin down into my scarf, the swing starts to slow, and eventually, stops entirely.

I quickly raised from the seat, when I felt a sharp tug on the back of my jacket. My eyes darted back, seeing that one of the swing’s chains had clipped me. It was too late though. The moon flashed downwards from my frame of reference as I spun back, practically splashing into the cold, wet snow.

After a few moments, I opened my eyes back up. The moon was now outside of my vision, obstructed by the bottom of the swing seat.

I apathetically let out a breath as I rose. Thankfully, there wasn’t a tear on my jacket… however, as I felt a sudden sharp chill, I looked down to see that my jeans were completely soaked.

Looking to my feet, I find my reflection waving in the puddle of water and ice. After a few seconds, I snapped back to reality.

“Hey Richter! What's up, did you forget something?”

As he walked in, a loud and bombastic man greeted him. His name is Pop Ryans, a 44-year-old, well-built man with a rather… shiny head. He’s the owner of the Brickside cafe, a small, dingy, yet simple coffee shop in which he had employed Richter to work about a year ago.

Richter responded as he tilted his down towards his soggy jeans, suddenly being cut off by Mr. Ryans.

“Ah, that doesn’t look fun, now does it? Did you get splashed by a car on the way home?”

“Well, I guess you can say that… hey, mind if I ask you a weird question?”

Richter paused. He could feel his face reddening as he tried to speak.

“You live on the second floor of this building, right? You wouldn’t mind if I happened to borrow your dryer?”

Mr. Ryans stepped up the stairway, sliding a cup of hot coffee onto the table and handing Richter a puffy, cotton-made blanket.

“Thanks… yeah, I’m sorry about this.”
“I don’t want to hear a sorry from you. Just a thanks will be fine.”

Richter covered his then-bare legs with the blanket he just received, still shivering from the frosty mishap he underwent earlier. He took a sip from his steaming hot cup as Mr. Ryans once again spoke.

“Listen, Richter… you don’t need to be embarrassed to ask for help, alright? You help me out a lot here, paying back the favor isn’t something I’m opposed to.”
“But don’t you pay me to help, literally?” Richter replied cheekily.

“Aha, you got me there boy! See, look at you, your spirits are back up already!”

“Are they now?” Richter started feeling his scarf in his hand, wrapping it around, and squeezing it. He stared deeply into the pitch-black coffee, searching for a reflection where none should appear, then looked back up to meet Mr. Ryans eyes.

“Mr. Ryans, do you sometimes think about fate?”

Ryans looked a little taken aback as Richter spoke those words. His face softened as he gave his response.

“The idea that your life has a set destination, that, no matter how much you try to change, it’ll always find its way to one, inescapable spot.”

“So, this is why you were spacing out earlier today in the kitchen?”
“Wha-”

“Heh, I’m just kidding… listen. Fate doesn’t have to be a single, locked path. It can be a branch of near-infinite possibilities, each with its own conclusion. Multiverse theory, essentially. Every choice you make creates multiple realities… in theory of course. But the only one that affects you is the one you chose. You’re in full control of your life Richter, you may not believe that right now, but trust me, fate isn’t inescapable in the slightest.”. Pure, uninterrupted silence followed his voice. Richter pored back over his coffee while stroking a few strands of his hair.

“Hey, hey, hey. Don’t look back down there, look at me alright?” Richter slowly raised his head to meet eyes with Mr. Ryans once again.

“Sigh… it’s that look in your eyes, boy. I don’t see any motivation in them. No desire to achieve something for yourself.” Richter narrowed his eyes in response as he stared back.

“That look in my eyes? What do you understand? You talk like some sort of fortune-teller.”

“When I was young, I used to look at myself in the mirror and see those eyes, the ones I see in you now. You feel like there’s nothing you can do to escape that loop of confusion and emptiness, and the more you let that feeling get to you, the more time flies, and the more you want to give up.”

Another wave of tense silence followed, only to be interrupted by the loud beeping noises reverberating from the dryer.

Mr. Ryans headed towards the machine and removed Richter’s jeans. “And your order is served!”

Richter set aside his coffee as his steaming pants were placed on his lap. Completely dry, warm, no sign of what it had been before. “... thanks.”. Richter said whilst putting his pants back on. “What happened when you were young that made you feel that way?”

Ryans walked down the stairs, Richter in tow. He opened the cash register and gave him a sum of money.

“I forgot to pay you earlier after your shift. I can’t give you a check right now, so hopefully, you’re fine with cash, right? You said something before about wanting to bring your little cousin somewhere?”

He had completely avoided Richter’s question, closing the cash register with an echoing slam. Richter had taken the hint and didn’t pursue it, sliding the bills and change into his jacket pocket. He almost opened the door and left, when he asked one final question. “You said you were once like me. Once. How did you break free from the cycle?”. Mr. Ryans averted his eyes before speaking.

“Your father. He helped me when I needed it most.” 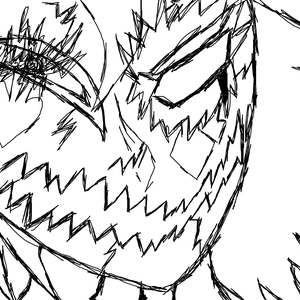 Quick description for this "First" chapter. I wrote the first chapter and uploaded to this site a year ago, but for a writing project, and because I wasn't happy with how I wrote the original first chapter, this is a complete rewrite of it.
Part 2 will come out next week I believe. 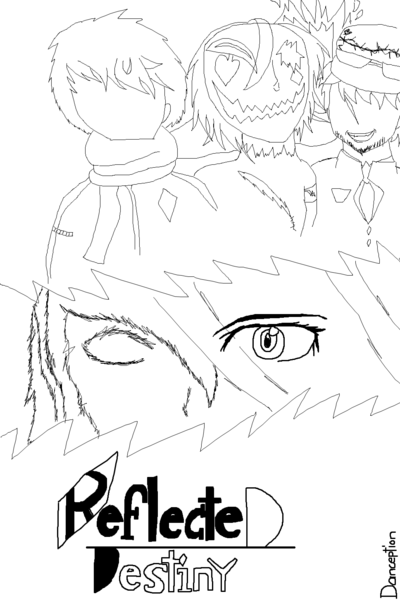 Desire is deeply rooted in the individual. No single person has the same desires, defining identity in their mind.
Across this generation, due to the strengthening desires of youth, unknown supernatural abilities started festering. These powers are triggered and defined by desire, becoming more powerful the stronger one's will to fulfill their desires is.

Richter doesn't know what he desires in life, yet there are clear signs of ability within him. He has to go on a journey of self-discovery so that he doesn't hurt others with his lack of control.
It's then when he realizes that these abilities aren't as secret as they seem.
Subscribe 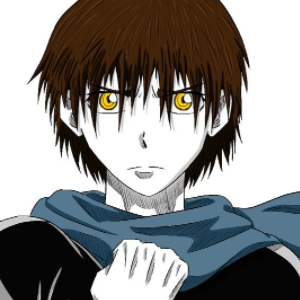