It's Summer in a afternoon,  i was enjoying my lunch with a cold cola in rooftoop.  But the bell rang suddenly, i didn’t got to finish my lunch by then. After finishing lunch, i realized that i was running 10 min late. I began running  through the hallway and at the same time i noticed a figure also running toward opposite direction from me. While that figure came upfront of me,  i was amazed by that figure. A girl with long dark black hair with long legs. I was mesmerised by her beauty. She passed through me and i was looking at her. I didn’t even took my eye off from her and then my foot slip on stairs and i fall.

My nose hurt's. After placeing my hand on my nose i realize my nose was bleeding. It's so much hurt's.  I was asking myself..

I read manga and novel. But in those,  Mc was good looking and handome. When Mc's first time meet a beauty the air goes crazy like

Tha'st they got. But when i meet a nice good looking girl what i got a nosebleed .

I walk through the hallway now my destination had change to the infirmary. But truly i don't want to go there.  In manga's /novel's got to see a hot se*y young lady nurse.  Who's look and figure can crush your heart in first sight. But those mangaka/Author lie to me.  We got a gloomy, unkind and bad characteristics infirmary teacher Mr. Satou Yami .  The main problem is he is a guy.

I stood in front of infirmary room and open the door

First thing   after he saw me,  his reaction like  a cat want to eat a mouse. Every single step i took toward his eyes gets sharper and face becoming cold. Then..

"Why am i not surprise aftee seeing you.  I don’t think  that i opened  a bar in here,  and came thrice in a week. And why the hell your nose so red and sauce in your shirt."

"Where from you even educated,sensei? The hell can't you see blood in my shirt?"

"Uwoo blood, Don't tell me you murdered someone? "

"What do you think Am i a yakuza?"

That rotten guy don't have a sense of humor.  There a student who's nose bleeding and all he's doing is making fun.

After few minutes finally i get out from that geezer infirmary. I started to moving to my classroom. But when i taken a turn from hallway  i luckly got see that figure again.

'Dark black hair,  long legs and glasses. Yup it's her. Should i go and say hello, Nah it would be pretty awkward. '

"What should i say hey i am your.... Nah pretty not possible. What if she say i don't know you?"

I just pass through her. I have to go to the class  as soon possible.

I was in class 1-4. Right now standing in fornt of class room.  I am pretty much 25 min late.  Well i think now shizumi sensei taking english class. I am pretty weak in english.  Every time shizumi sensei took english, she has to be asked various questions.

Shizumi izawa, our English teacher  good to her student expect me.  She's 21 i think, though she never talk something about those  type of things. But she always wants her student to study.  Don’t even have a good size of Ti*s.

'Tsk,why do i have to getting in trouble today."

Suddenly the bell ring,  that means the class end . Now i have to enter class room without being notice.

'Aah, if i also have the 'i kill alone' manhwa MC's special power stealth. I can enterwithout....'

Sensei suddenly pop  out from the classroom. She noticed me though i don't want to seen by her. If she see me she will lecture me. But i couldn’t hide from her vision.

" skipping the first period after lunch and hidden from a respective teacher. How many time i have tell you not to skip classes. Did you even listen to my precious lecture's. "

As i saying, she always lecture me a bit of too much. She didn't even looking at me but continuely lecturing. But i wanted change the flaw of air.

"Shizumi sensei. Did you not notice that i have a bandage on my nose. "

She's spotting out loud. I was saying to myself quite small voice.

'Shizumi,  you never stop when you start."

Suddenly a hand pass besides my face, it happened so quickly i could follow it. Though i know that's her hand which is quite beautiful. She was looking to me with angry face. And with a angry tone

"Did you say something."

That's kinda scary like a snake want devour a frog in one go. I got affaird and lift my hand in the air,

"No,no sensei. I didn’t say anything. I was listening to you. "

"Ohhh, that good for you. Come to the office room after school and now go inside. "

She said those with a angry nagin face.

Those who have clubs and don't have they going to there own destination.  In few minute Classroom became empty.

'Too much thing happened today.'

I don’t want to go the office room if i go she will just lecture me.

I started walking for home. After few moment i standing in front of my locker and took my shoes. And pass through the building.

I was in a hurry. Cause in my way home i have to stop by book store. It's just cause today  my favourite manga latest issue was published.  For a year, i was following  "The Outside of wall" manga.  Cause it’s so nice to read and mc is so badass.

I enter the book shop and  walking to the latest update section.  From far i saw my school uniform.  A girl was standing there and reading a manga. When i came upclose it was that same girl from before.

I couldn't do anything but to amaze by her. I wanted to make her my girlfriend. But i was just standing there and searching the new issue.

I got the new issue and i was reading its starting.  The beside me was reading a fantasy manga. And suddenly she talk,

"Hey,  you are the boy from hallway. What happen to your nose. "

I wanted talk to her. But no word came out from my mouth. Is it cause i was shocked. Then i was just nod my head.

After that she talk to me various thing about this manga that manga. But i was just staring to her and nodding my head with her word... 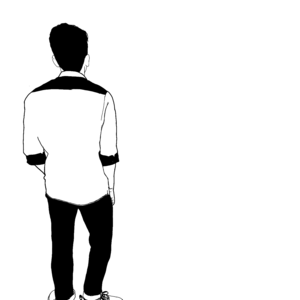 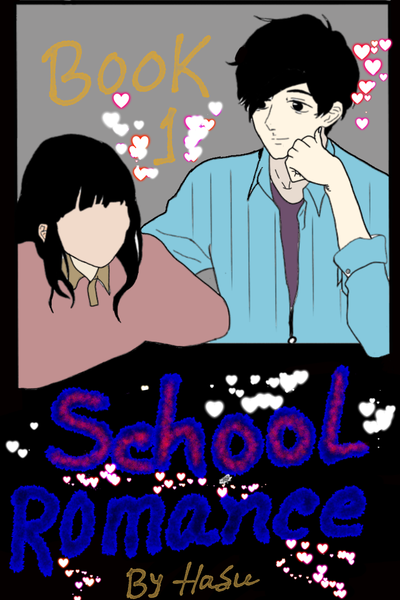 It's a story about a boy in middle school, who fall in love with a girl..
Subscribe 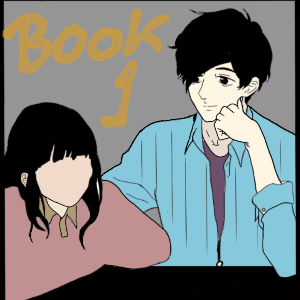