SPADE MADE (The Poetry Album)

But ours was merely a product of rain that flows into the Ruby Sea, a body of water that goes on endlessly. Our very own pain was a means to an end one in which only we were aware was failed to be secured by our present selves.

There it is ? Can you see it? The tunnel of rebirth! That's our goal!

Our latest subject had been dormant for too long, you see unbeknownst to him, he was destined for greatness. This came as no surprise because a star born on earth looses its ability to project it's very own shine, especially when contrasted from a universe fated to abandon it.

Yes, you see, such is the very case for millennial's. Some were born to prosper and others to guide that limelight to shore so as to not lead one astray while being thoroughly washed by strides of subjugation from an enigma of uncertainty. Yes, this was such a story.

But like any tale of legacy, this arc too was set behind the backdrop of a blind generation. And so, I took it upon myself to right the wrong that had been stained within for far too long.

Subject 21. As I flowed throughout time, one thing was certain. Each passing second had to be treated like an hour in this paradox and now...

As my figure slowly phased in after my arrival, the noisy ambiance of a busy hospital environment cornered my senses. While each gaze felt heavier and more observant than before, I could tell right away something was flawed. Had my chase to redemption been all in vain? This focus of mine strained with all sounds drowned out by scraping of scalpels, footsteps, machines, and voices.

Why was I here? I asked but before I could properly access the situation a voice shattered my bewilderment.

My head turned slowly in response.

"There was a problem in the procedure room and we need your help" it spoke.

"Hold on. What, what year is it?!" I asked in disregard for urgency.

"You still sleep or somethin?!

"1997!? Wait!? That means!" The surgeon in front of me stared back in a state of pure bewilderment.

"Was there an error in the system?!" I asked.

"Good grief, there's no time for this!" his vex snatched me into this reality my mind tried to make sense of.

It was in that very moment a turbulent disturbance cut a space in between the both of us, his grip pulled me into an even newer problem. It felt like sudden death.

A stretcher carrying an oddly familiar infant rolled into the hallway, crying with each beat of distress that matched the mood of its occupied employees.

I gasped, a breath to late.

"Hey. Come on. Get a hold of yourself, will you?" The surgeon urged me on.

Not yet. Not yet. I mumbled to myself.

Suddenly a tear in time ripped the space my presence stood in. It all went black. My arms reached out and all that I had witnessed before me seemed to black out slower, with all the atmosphere dying out sense by sense.

In a short moment an uproar blasted in encore, breaking that silence before I could even properly react. Just then. Now I saw myself standing in between a large crowd.

"I'm so lightskin that when I popped out the womb, I had to squint my eyes to make sure the lighting was good enough to snap a picture with" a voice, spoke clearly on stage. The voice sailed back and forth from each corner of the stadium, enhanced by a microphone and connecting with its audience in a result of full blown laughter.

My focus emphasized the entertainer and the more I stared, the more I adjusted. As if I had heard the joke before. He stood proudly with a posture so razor sharp it cut your confidence clean in two. The beams of light from above shunned onto his figure, a spotlight that made his red velvet suit gleam brighter than gold. His black dress pants complimented this along with shoe attire that seemed as if they were valued a fortune simply due to his skin fitting comfortably within them. The young man owned the endorsement as if the label was revived because of his influence.

That was not the only proof of worth, each accessory coupled to create his appearance, such as the shining silver arm bracer, spherical earrings, and silver chain powered the impression. His caramel skin sweetened the comfort, while his charismatic smile carried each action.

The crowd went wild. One minute it was a product of laughter and the other was one heartfelt. The jokes were certainly creative but for some reason it all felt a bit half baked to me. As if I heard them all before.

What was the reasoning behind this? Maybe I was thinking into it too deeply. Maybe the answer lied right on the surface.

Or had my sense of humor faded too along with time?

Though the more I watched him perform the more I felt an omen brewing. A flaw in the bigger picture.

His smile reflected a sense of false security, as if something was being kept hidden from his supporting audience.

I pondered the thought, despite his crowd trying to block out my concentration. Then, that's when he spoke.

"Aye, lemme talk to y'all real quick. Heart to heart, cause I know damn well y'all been deserve that much" his slang, casually masked a thicker message.

I, like everyone else, listened closely as those around me began to settle down to pay close attention to their entertainer for the night.

"Life is one funny ass mofo, but lemme tell you whats so funny about it"

We both made sudden eye contact. My heart sank and dropped to my knees, shattering all of my still thoughts. 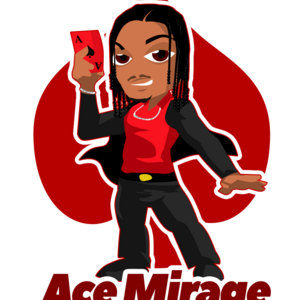 Our story begins from an unknown point of view, but it seems as if this person is looking for someone to change something? Only time will tell. 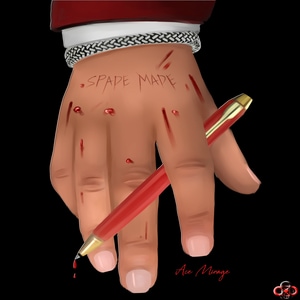 SPADE MADE (The Poetry Album)

A 21 year old millennial destined for greatness and an ambition wavered by today's society, these are core elements in this truthful collection of poem's titled "Spade Made". Readers will enter the mind of this millennial and explore a story about him fulfilling his destiny while struggling to keep himself sane, and avoiding the "Red Sea" a body of water where all those set to change the world drown in when losing hope. All the while, relatable poetry will be shown which can then be applied to benefit readers lives as well. 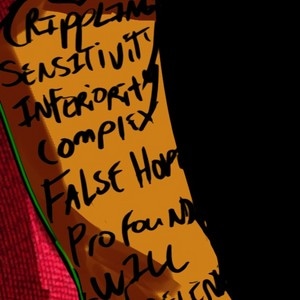