“The new kids are geniuses, they picked up the Operating system in an hour. That’s a record.” Tim’s words chimed in the break room as 3 others looked at him sitting from their respective chairs.

“It’s a good thing the company sent them here”. Jerome said as he rose from his chair and flung the coffee cup in the trash with perfect aim.

“I am still worried about tonight’s shift. Will a 9 people security team and Sam be enough?”

“Lily, Considering the nature of the goods inside the containers, even an army won’t be enough to make us feel safe on our shift tonight.” As Jacob said this statement, everyone froze in their respective tracks and looked at each other.

Here the “New Kids” Adira and Ned were quietly filling in the container details from the available forms in the databases present on the screen.

“Well, we have met most of them. What do you think?” Adira asked Ned who was busy crunching numbers.

“They are afraid of the graveyard shift, that’s for sure”. Ned said as his fingers were still moving on the keyboard.

“How bad can that be?” Adira asked.

“From the reports, it seems pretty bad”. Ned said as his eyes fixated on a piece of a document displaying on the screen. He forwarded it to Adira to check.

The report contained a link for an audio format report. As Adira clicked on it a familiar sound filled her earphones, it was Jacob.

And her eyes went wide. Whatever she heard had her sweating so much in fear of whatever she was hearing that even the Air conditioner in the room did not affect her.

After 5 minutes she put her headphones down and looked at Ned who did not have any expressions on his face.

“How can you be okay with this? They have sent us here to be slaughtered.” Adira said. Ned still was emotionless.

“They said that it was a regular job, a haunted Windsor storage facility, they never mentioned this.” Agitation on her face was clearly visible.

Ned was still emotionless. He rose from his chair and left the room as he opened the door he said to Adira “The video recording was from 2 years ago, since then they have suffered a lot. Jacob has suffered a lot. We were sent in to help them and I will help them, with or without you.”

“Why?” One could feel the tension of the question she just asked.

“Because, 5 years ago. I was where they are now. And I could have used some help.” Ned said and smiled as he moved out to the corridor.

Adira immediately removed her gaze which was fixated on Ned, implying there was more to this statement and It seemed that Ned had struck a nerve that he shouldn’t have but he did not care.

He picked up a book on the reading shelf and Poured coffee for himself in the break room.

“Yes!” Ned was equally surprised as he thought he met with everyone when Jacob was introducing them.

“Sam, Head of security. Sorry, I was not present in your intro session. Had to go through today’s preparedness for the graveyard shift.”

“Why are the people here so afraid of the Graveyard shift?.... I could see their hearts in their mouth.”

“You will understand after today’s shift. I am sure you have had your share of paranormal encounters till now, that is why the company might have deemed you fit to work in one of Windsor storage facilities, but the Frostford facility where you are sitting right now is the worst of them all.” Sam’s cryptic reply made Ned worry even more, after a brief pause he took out a paper from his left pocket and kept it on the table.

“Read it and remember it by heart. If you do not follow even one of these rules, you are as good as dead.” Sam said he rose from his chair. “See you at 10 tonight, get some rest. You will be needing it.”

Ned sipped the last of his coffee and gazed as Sam disappeared in the corridor.

He came back to the office space and sat on his chair still looking at the paper that was handed by Sam.

“Did they hand you a rule set too?” Ned asked Adira.

“Jacob handed it to me while you were gone.”

" I just filed in Last of my container numbers, but…”

“But what?.... You know I won’t understand it until you say it.” Ned said as he was scrolling on the history of the Frostford Windsor Facility which was provided on his system.

“The containers are a bit mysterious….”

“Of course they are mysterious, it is the Windsor facility, they specialize in containing the cursed objects that they have collected throughout the world.”

“These are no normal containers. I happened to look at the construction report of one container that I entered in the database, the primary material used to make these containers are moon soil.

“Normal containers of Windsor facilities are made from reinforced and blessed iron so that spirits could stay in the container and never come out, but I have never heard of moon soil? Have you?”

“No, me neither. And that is why I am worried. We are walking into uncharted territory here. This is the reason I am asking to leave. Because once the clock strikes 10, there is no going back.”

For 5 years Ned dealt with any hauntings and spirit possession cases that came his way but this was different. He was not aware of anything that he might come face to face with tonight. Did his Mentor send him and Adira to get slaughtered without telling him the truth about this facility? What is Moon soil? Why is it used in the containers in this facility?

Many more questions were lining up inside his mind. But he chose to ignore them at that point and proceeded to read the rules with Adira.

The paper given by Sam to him was wrinkled but One could make out what was written.

The paper had Windsor Symbol

This is not a drill. If you are seeing this ruleset it means you are an employee of the Frostford Windsor facility. And you are present during the graveyard shift. Obeying this ruleset to the maximum will ensure your safety as well as the safety of your coworkers.

The ruleset is as follows:

2.     For the first hour till 11. You can venture to get food items from the vending machine. At this point of time, some containers will lose their prowess in controlling the captured items. So you may encounter some spirits, nothing you have not seen to date.

3.     As the night progresses, some other containers will lose their containment powers and dangerous things will get released. So use the time from 10 to 11 to gather food and drink items. However, if you encounter ELVIRA, stay clear of its way, do not make eye contact if it comes near you. If unfortunately, you have looked in her eyes, do not eat or drink anything till the shift ends, or else you will vomit your intestines out. If you manage to not eat or drink anything till morning you will survive.

4.     From 12 to 1, do not open the lounge for anyone, not even security. As security will monitor the containers on foot and will not come to the lounge till 2. Look into the CCTV monitor inside the lounge room. Focus the camera on the person and turn to heat vision and if there is no heat/less heat from the person, do not let him enter. If someone has ventured out of the lounge room and does not return till 12, he cannot return till 1.

5.     If you have formal training to exorcise spirits, you can venture out from 1 to 2. If you encounter any low-class spirits exorcise them and come back. Do not touch the walls and stay away from ventilation systems. If you touch the walls and feel something crawling on your arm, make your way to the suction device at the security counter and take the thing out, if you are late you might lose an arm. And if you hear something in the vents, ignore it completely. It might seem that the screams/squeaks coming from vents are affecting you but you are fine. Keep walking till you reach where you want to go.

6.     From 2 to 3. All should stay inside the lounge be it security or normal personnel. The entities which roam during this hour cannot be controlled, if they are not inside the containers. Examples being: Shesh Naga, Cyberfreak, Four eyes. If you are still out at this time you are pretty much dead. If you are still alive at this point and outside, hide and hope and they don’t catch you. If they do not find anyone they get bored and leave for their respective containers and stay there till the end of the shift.

7.     From 3 till 4. The security personnel can get back to their patrolling. If you are from the security team, this rule is for you. Check the Alpha, Beta, and Gamma containers. If they are empty, load the silver Bullet magazines provided on the left side of your bag pack. If you Encounter Alpha prime, Beta Prime, or Gamma Prime, use the silver bullets to subdue them and bring them back to their containment units.

8.     Now, in the last hour, you can come out and resume your work like filing reports and other official work but you will have to do that from one single office. Choose one till 4:15 and do not come out till 5. Take turns in filing the report, it should take about 45 minutes to do that. But if you step out of the office room before 5 you might fall somewhere which is not on this earth.

9.     Once the clock strikes 5 you are free. Congratulations you survived the Night of Nightmares. Go and take the day off. The Windsor accountants come in at 7. Before leaving do not forget to collect the overtime pay.

By the time they finished reading this, they were sweating profusely. Adira was right, what was Windsor dragging them into? Alpha Prime, four eyes, ELVIRA? He never heard these names, let alone some lore about them.

After thinking for a while Ned extended his hand to Adira.

“Come on, I will drop you out of the facility.”

“You should come with me.”

“I cannot do that. Windsor may have cheated me by sending me here but the fear on their faces was no lie. I cannot leave them like this. They have lost hope in everything, the least I can do here is lend my support to them.”

Adira swiped her card to let herself out of the security checkpoint.

“There is still time Ned.”

“How you do that, how can you still smile? When you know you can die today?”

Ned still smiled and said, “I have to, you know…. for her.” He said as he went back in.

The rest of the hours passed by and Sam and the security team helped gathered everyone in the lounge at 9:30.

All of them were looking at the clock as the clock struck 10, Siren’s blared throughout the facility and a typical warning initiated:

“The Graveyard shift phase has been initiated, good luck, and Please survive. ” 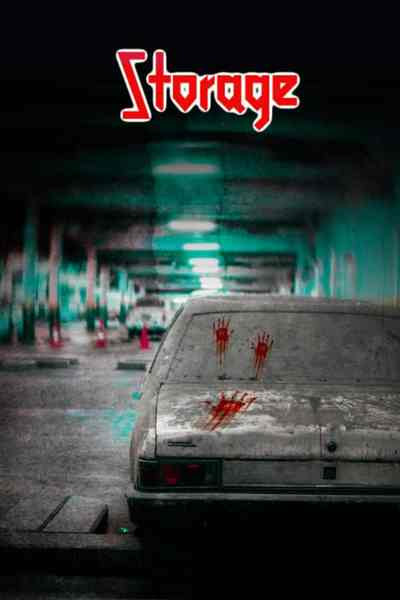 A storage facility of supernatural items. People working there being afraid of the graveyard shift. Strange right? Ned has been dealing with supernatural threats for the past 5 years but can he deal with this shift, even when he knows nothing about the threats that are to be unlashed?
Subscribe 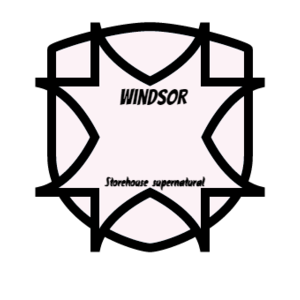