NIGHT CLUB
I live in Silvire a place full of crime, misery and disaster. My brother is not in this planet anymore but I am trying to move on well only one of can leave this shit planet or just this continent. I am at the club, just drinking some Helsient (Type of alchohol in Silvire.)
My best friend Xander just came in, I can see that this club is filled with creeps but they can't see that I am princess Axelare.
"Hey sooo what's up with the serious face?" he said and I said "nothin" just tryna be serious like this is some kind of flixxxlit documentry. I was staring at Xizan, he stole my replica of my brother's Axe Guitar which can be used for killing and playing.
"Then, I stole it!" he said and then I came out of nowhere to him and I said "Xizan! come and fight me like a real man would!" and then he turned and said "Well, well, well! It's the princess of Silvirezisty! Axelare, missing something?" and then I said "yeah, but you'll be missing something when I'm done with you!" and then I started walking closer to him and then I said "you need to back off while you can!" I was really close to him so he kissed me and said "Sorry princess but...It's mine now"
Then I got mad and then tried to kill him with my sharp tentacles that comes out of my back and this went on for like 10 minutes until I ripped his head off and then kissed him back. The club was a mess.
Then I asked his quircky friends where my axe guitar is and then they brought it to me and then I took it and left with Xander as fast as I can before the Rhinstones came.
OFF WITH YOUR SASS ASS!
I came home sneaking in and my mom (Alexalenairia) was there in the dark in my room which I couldn't see she is so evil and cruel. "where were you tonight? possibly a...Night Club?" she said and I said "Nope! I was in the bathroom the heart and interstines where just begging to get out!" and then she gave me a look that clearly says words for me.
"AXELARE XXX SILVIRE! WHAT THE HELL WERE YOU DOING AND WERE WERE YOU?!" She said and I said in a very scared tone "at the club waiting to give revenge..." and then she said "WHAT WERE YOU THINKING?! IF THE RHINSTONE SOLDIERS CAUGHT YOU WE MIGHT BE IN ANOTHER WAR!" She said and I said "well sorry that I am a such a Badass!" and she said "WHAT! YOU A BADASS?! EVEN A ROCK IS WAY BADASS THAN YOU!" She said while making fun of me!
"I AM BADASS TOO!" I screamed and then she said "NOT EVEN IN YOUR DREAMS" While laughing Psychotically.
Then we were arguing and since she was angry when she said "ENOUGH! OFF WITH YOUR SASS ASS!" everything in my room fell down and a framed picture of me and my brother Axel was Shattered into pieces.
I was crying so much but silently. then I heard the voices of everyone saying I'll never be bad...EVER.
Then it hit me, I should prove that I am a Badass by causing chaos all over the city wait...the whole planet! maybe the whole GALAXY! but I need a team and some things to do that, I need the Xilkirain Flower but If I could find it.
Then I realized what my brother said "NEVER GIVE UP". then I put on my Leather jacket and went out into the city library.
I found some books and they helped but reading takes so long but I still didn't give up.
LAUGH ALL YOU WANT
The Next day I went on top of the city's statue of my mom and said "HEY, SILVIRES! I GOT SOME NEWS!" as if anyone cared, then I said "FREE STRIPPERS AND MEAT!" then everyone was here.
"I have an announcement, I am gonna let you all douchebags know that I can be bad! I am the baddest and the most Evilest of all Silvire royal families!"
Then my brother Alex came and said "HA! are you gonna be a loser like AXEL." everyone started laughing and I said "Don't you dare say his name in a negative way cause i HATE IT!" and he said "I already did."
That made me wanna kill him but...I said, his family not fresh meat and tried to remain calm and then he said "PARTY AT X'S CLUB!" And then everyone left and I felt stupid.
"Don't listen to him Axelare" Xander said and I said "I haven't."
FIND OUT ON THE NEXT EPISODE! - xzala 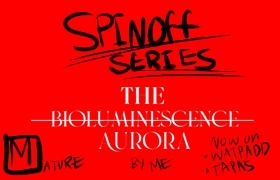 Axelare, the princess of Silvirezisty tries to prove that she is bad. 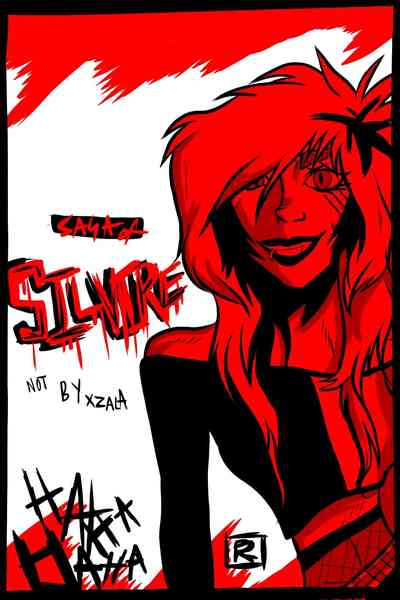 Monsters, are they real?

Living in the land of Silvire, Axelare and her bestfriend Xander, goes on dangerous quests in a world full of Silvirzetic creatures and werewolves and weird talking plants and frightening fish.
Subscribe 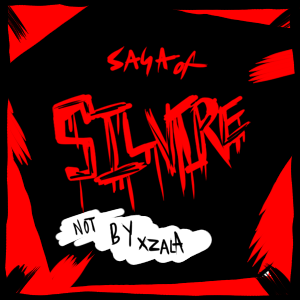