How much longer do I have to live with this torture?

What's the point in living a meaningless life?

What does it mean to be alive, can I really call myself alive?

Ever since I could remember I have been subjected to this cruel fate, not once have I escaped its grasps.

This is already my seventh rebirth, my eighth life, in the same body with the same events transpiring, everything I do will lead to my death. In my first life, I was witless, falling into all her traps, in my second life I had an ill will and sought revenge but all that remained was a bitter aftertaste and empty shell, in my third life I was shrouded in constant trepidation, it haunted me at every choice I made. There was not a moment of rest where I was not fretting over whether I would love to see another sunrise but all that was for null, I was still reborn into another life with the exact same chains restricting me.

In each life, I have tried to differ my approach but I have never died of old age in any life, always leaving the world with regrets and wrath.

Yet again I have been reborn into this world of magic, royalty and torture. Despite all of my attempts, each life I have been chained to has ended in a brutal death at the blade of my so-called beloved.

Now, what is the purpose of living a life with a predetermined ending? I have grown tired of the incessant petty fights for the title of queen with Evie, no matter what route I pave she will always remain victorious.

Like every other time, I am met again with the face of my mother in her youth enveloping me in the warmth of love and affection which will later warp into a cold bite of betrayal, just like it has every other lifetime I have lived.

In my previous lives, it has always followed the same series of events. When I take my magic awakening test at the age of 8, I will be humiliated for being a worthless blunder in our family without an affinity to magic. Evie, the daughter of Baron Luxiere would be revealed to be the holy child blessed with the rare light magic.

At the ball where the title of Crown Prince would be bestowed upon one of the princes, the eldest prince, Prince Kinfael, would then be crowned the title. Evie would then capture the attention of the Crown Prince who has been cursed to read the thoughts of people in his line of sight which has been kept a secret from the population, only the King and the Crown Prince know of the situation. Being surrounded by the incessant chatter of voices in his head, the Crown Prince gazes towards Evie only to be met with silence.

The Crown Prince is then intrigued by the abrupt silence that he has never experienced before and begins to court Evie. The truth was that Evie and Baroness Luxiere had dug into business that was not theirs to find out the secret kept from everyone, the secret of the prince being able to read thoughts. The two conniving females stumbled upon the document while trying to steal royal records of magical elixirs that supposedly amplify one's magical prowess.

When it's time for the selection of the future queen, candidates from each noble family were chosen to compete with each other. In my first life, I was witless. Witless enough to believe in love at first sight, mistaking mere admiration for undying love, leaving me to succumb to retribution for vile thoughts to bring harm upon Evie in order to attain the attention of the Crown Prince.

Yet even after gaining the insight to not meddle in such affairs, Evie then began to create rumours, warping the situation to make my reputation plummet while her façade of innocence only intensified. No matter what actions I took, the result was always the same. Everything was and will always be in favour of Evie, nothing I alter will change such embedded fate.

In each life I have always been portrayed as the worthless, spoiled and obnoxious daughter of Duke Veronique, Corlissa Veronique, who is driven by the sin of jealousy and inflicting cruel acts upon the innocent daughter of Baron Luxiere, Evie. While she as the heroine is perceived with a holy pure light shining brightly in the darkness of Corlissa's actions.

I have lived through each life, each emotion seeping into the depths of my heart, watching the deaths and betrayals of others repeatedly. My fate is to die, for what reason? Why must I die? Can I just die of old age? But I suppose I need to die for 'character development' so the relationship between Evie and Kinfael can prosper.

Does that mean my life is worthless? My life is expendable, if I am always subjected to this torture of life that means fate has already decided. The cogs of this story have already been secured, there is no purpose for me to be 'alive'. Truly what is the meaning of the term 'alive'? Am I 'living' right now? If 'alive' is a notion describing an experience or state of a person, do I classify as 'alive'?

Now I can only let myself sink into the cauldron of this story and allow myself to be propelled by the chains of fate.

My life has no purpose. 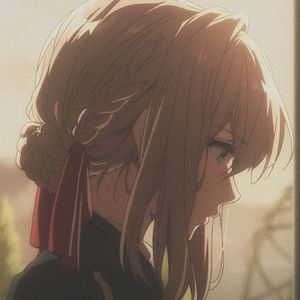 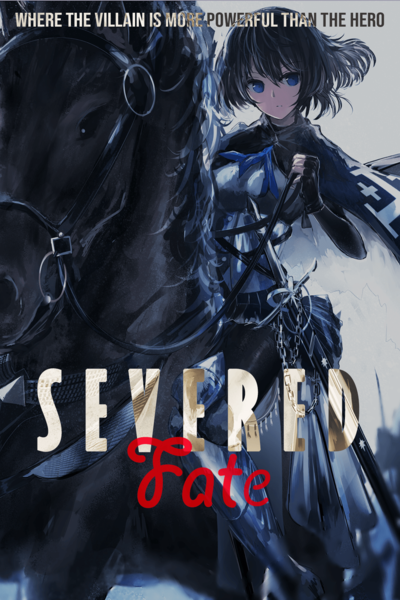 A heroic villainess, Corlissa Veronique is an anomaly herself, such a paradox is the best description of her existence.

A pitiful soul forever chained to the bindings of the Villainess, she was a bug in the system, a glitch in society, a defect in the world. Memories of past lives, her own life played on repeat, that was the curse of the Villainess.

Emotions never left her, she felt the suffocation of betrayal time and time again, the burning of hate, the drowning of despair, the delightful yet excruciating taste of love. Each time they turned their backs to her she felt the same emotions each and every time.

It was as if she was just a marionette, obeying commands against her will as if her free-flowing string of fate that connected to her 'happily ever after' was trapped tightly in the grip of other people's hands, stretching and fraying it however they wished.

She vowed to, without fail, fulfil the wishes of the previous villainess who had left the world with unmistakable anguish...and sympathy.

"You are a person, no matter what you look like or what you do, unless you prove me otherwise I will continue to view you as who you are."

"I wish you didn't have to suffer, I wish you could've been born into a better world."

"Let me handle the rest, take a comfortable rest."

She truly was such an exemplary hero. 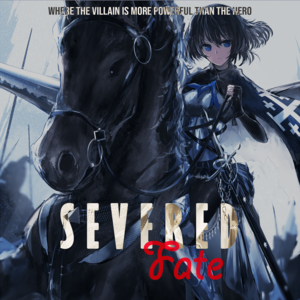