As the moon approached the peak of the sky, a little girl’s footsteps were heard in the silent hall of the orphanage ‘Maria’.

“Niva, come here you sly girl !” hissed the caretaker Anna. The elderly woman in the worn grey robe was following with slow steps after the naughtiest kid in the whole orphanage. Trying not to disturb the other sleeping kids in the nearest rooms, the caretaker approached the running little girl on her tiptoes, as silently as her old body allowed her to.

Because of the large space between the walls of the hall, the little girl was now making circles in fast pace around the poor caretaker who was trying to grab her. ‘These cherry pies don’t do the kids any good’ thought to herself Anna, while desperately trying to catch the energetic kid.

After a few painstaking minutes Anna decided it was time to use her ultimate trump card.

“Or no more bedtime stories for you, young lady.”

The caretaker didn’t need to say anything else because the young girl was already heading back to her small bedroom, all while keeping her blush face slightly downwards, in shame.

Before entering her room not too far away, Niva looked at Anna shyly and asked.

“Nanny Anna, can you tell me a bedtime story today, please ?”

“ Why ?’ asked Niva, with tears forming in her eyes.

“ Because you behaved badly today.”answered the caretaker while heading back to her own bedroom.

“I just couldn’t sleep, that’s all !”pled Niva, as silently as possible.

“And that gave you a reason to disturb the other kids’ sleep ?”

The shame Anna saw in Niva’s eyes and body motion, as well as her sweet spot for the energetic little girl, struck a note in her elderly heart. She sighed.

“I’ll tell you a story, under one condition.”

Niva almost jumped from her excitement, simultaneously wiping away her tears, ready to run at the caretaker and hug her, if not the latter’s hand sign, gesturing for the girl to go inside her room.

The little orphan obediently entered her small room, got in her not-so comfortable bed and started waiting for Anna.

The granny Anna, the oldest caretaker in the orphanage, who was also nearing her eighties, was known for her great set of stories to tell children. Ranging from mighty wars, told in beautiful poetic tone, stories of good and bad deeds, with underlying morals to be taught, and everyone’s favorite.

The stories of the Old World.

Niva already knew most of the stories about the magical Old World people lived in , thousands upon thousands of years ago. But there was just something else about it, hearing it from the famous ‘Bard Granny’, as Anna was described by the kids in the orphanage.

While waiting, Niva got bored out of her mind, her mind traveling into magic worlds in the open sky, and she on her own airship, captain of her own crew.

She unconsciously wrapped her curly golden red hair around the pointing fingers, having them even more tangled up with each moment of thought.

By the time Anna arrived at her doorstep, Niva was trying her hardest to free her fingers from red hair strings.

Niva looked at the smiling granny, whose tightened wrinkles made her look like a pressed cloth of jacket. The caretaker brought with her a small wooden chair and an old leather bound book.

She placed the chair near the edge of Niva’s bed, she then proceeded to carefully place herself on it, set her spine straight while taking out her round glasses from her side pocket, and finally opened her book.

“What do you want to hear tonight, dear ?” She asked, looking at the girl’s tightly wrapped up fingers.

“I want to learn again about the world that was full of...”

“Magic.”finished for her Anna, expectedly.

Without even looking at the page numbers, Anna turned a couple hundred pages in one swipe and landed on the desired page.

“Before we begin, do you need help with that ?”she asked Niva, pointing at her tangled up hair and fingers.

Niva kept silent for a moment, blushing like mad tomato, with a slight smile.

“Legends say that a long, long time ago, a strange crystal came crushing upon the surface of our world. At the time, we were but beasts, wondering through unexplored lands, pondering only about food and survival, ferocious and wild, with fangs that extended to our very chins, muscles of great power and endurance, as well as the fur of a foul beast. And when the stars aligned...”

“What do stars have to do with this, Granny ?”jumped our of the seat Niva.

“Hush, child !’ Silenced her Anna and coughed in a storyteller style.

“...As I was saying...When the time was ripe, a large otherworldly crystal, came crushing upon the earth at great speed, headed right at its centre.”

‘They say the impact was so great, it killed most of the organisms of the Old World upon impact, blazing anything that was near into ashes.”

“Except for us.”repeated solemnly Niva.

“The great crystal started soon changing the very earth around it. Plants regrew in the span of days instead of weeks or months, the animals became bigger and stronger, and us, well, we started to change. Whether it was destiny or a whim of gods, we started rapidly evolving, like no other species. Our bodies became lighter and taller, our fur was gone and replaced by a smooth skin, the brains of ours, that was the size of a nut, increased in volumes and size, making us the most intelligent species of our planet up to date.”

“However, the greatest change was perhaps the now called ‘Magic’. It was a fabric of another world, far beyond our current understanding, which could reshape the reality itself around us...”

This was always the moment Niva would get confused the most about. Anna understood this in the lost look of the girl’s eyes.

“Basically, the crystal let the people do wonders that we can’t today. Like turning water into fire...”

“Exactly. That’s exactly why humanity, from that point onwards, progressed with great leaps and bounds.”

“They soon started building cities of grand scale and beauty, like nothing before seen. Some even believe that humans could fly in the Old World”.

“To prevent the happening of chaos that would occur from wrong usage of magic, strict rules were imposed upon people by the kings of that epoch. They let people use magic only under the watch of qualified - kingdom serving mages.”

“Of course, quite a few people didn’t want to be controlled by anyone, or restricted, for that matter. And for this reason they desired complete freedom, which they believed they could achieve by actively using magic against the local government.”

“As the opposition gained more and more attraction, many folk begun joining either side, resulting in it slowly turning into an all out civil war between mages”.

“The war extended up to a whole century and came to end the moment king Malrick the third, had his family assassinated. The king, completely lost in his madness from losing his beloved ones, decided to get rid of the true culprit of the civil war. The Great Crystal.”

“Legends say that king Malrick, who was known for being possibly the strongest mage ever, was also a great believer in peace and found the only possible way to end the blood shedding was by destroying the fuel for magic. The giant magic crystal that was kept secretly under the king’s castle.”

“What happened next was described as the dumbest move made by any king or human. The king descended the castle’s dungeon with five more royal mages, who all lost their loved ones in the Civil War to find the great crystal.”

“In order to destroy the indestructible crystal, the king decided that he would need the help of five strongest mages in the kingdom to do the undoable. To shatter the crystal itself.”

“Malrick, together with the five mages, who, truth to be told, remained loyal to the very end, gathered around the crystal, performing the difficult task of alternating the very essence of the crystal.”

“The task proved to be near impossible however, as the Great Crystal kept reforming back to its original form, no matter what, while also being indestructible physically. After spending many hours pondering about their next step, Malrick noticed small amounts of dust on the crystal, that were imbued with magic. By collecting the dust, he noticed that it absorbed the crystal’s very essence.”

“It was at this moment that king Malrick understood that the less was the mass of the flesh near the crystal, the more it absorbed its magic, effectively becoming a small mimic of the original crystal. Malrick and his mages begun experimenting with the crystal dust for many days, trying to understand how the magic is composed inside the dust for it to become similar to the crystal, in their own attempt to destruct the original crystal.

Anna took a deep breath and glanced at the little girl who was, both metaphorically and quite literally, on the edge of the seat. Niva quickly got back under the blanket at Anna’s sight.

“This is the moment, child, that people like to disagree upon. Some believe that Malrick’s experiment of understanding the crystal’s structure was successful and other believe that it was not. You are free to make up your mind. However, we can all agree on one fact.”

“King Malrick was responsible for the destruction of the human civilization.”

Niva was left with her jaw hanging. While she didn’t quite understand most of the crystal destruction process described by Anna, Niva knew from stories what happened after.

The moment the Great Crystal was destroyed, an explosion, gigantic and bright like the sun itself, blew the whole city up into nothingness, burned most of other cities around it into ashes, and left the few surviving humans without magic.

“Granny Anna, how did people learn all of this ?”she asked, while Anna was getting up.

“Who knows, child. We have many mysteries yet to uncover.”

“Mysteries, like, why do people only sleep at night.”

Anna gave the blushing Niva a sly smirk and kissed her on the forehead, wishing her a goodnight’s sleep before leaving.

It took some time for Niva to get accustomed to her bed again after such a thrilling story, but she kept still anyway, until her thoughts slowly faded into dreamy lands, far and far away. 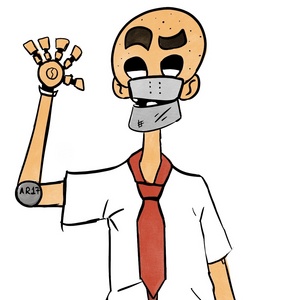 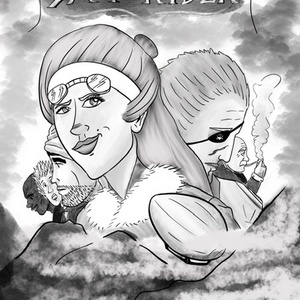 In a world of continuous war between two rivaling empires and their allies, magic is long gone and its up to four people, each of different upbringings, to turn the world for the better... or worse.
Subscribe 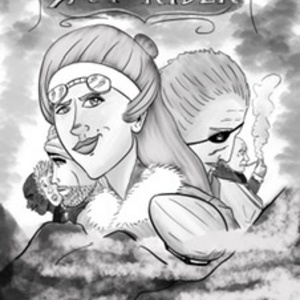