"Where is Ivan?" A woman cried as she threw the wooden cottage's door wide open, letting in the harsh cold air from a snowstorm outside. Her Russian accent was thick with drink, but her eyes were bright and alert - cerulean blue against the dark furs she wore.

Her sister sighed and shushed her babe, as it began to wail. The infant went red with tears, shying away from the frost air and cuddling closer to its mother's breast, before feeding once again. When the mother felt her babe still, she turned back to her drunkard sister.

"You don't remember, sister?" She asked curiously, now eyeing the woman up and down. Her legs were trembling, weak from exhaustion like she had been running for her life.

Now an old crone hunched in the corner of the room atop a squeaking rocking chair cleared her throat.

"Have you forgotten, Lena?" The elderly woman croaked, staring at both of her granddaughters with eerily calm eyes. "You took Ivan with you to see the lights." Lena's brows knitted together with anger and sorrow, a small sob escaping her lips as she fell down onto her knees.

"No, no... I-" She rubbed at her face, gripped at her hair like a madwoman. Lena's sister cradled her infant close - but rose from her seat near the fire to look closer at the weeping woman.

Blood coated her hands, painting her face and dying her white-blond hair with streaks of crimson violence. It was thick and dark, scabbed and frozen in places.

But it was not her own.

In realisation, Lena let out a loud cry of anguish, rocking herself back and forth, shaking her head in refusal.

"Sister," The nursing mother crouched down next to Lena, whispering. Yet her voice broke. She was scared, no, terrified. Her baby felt it's mother's hands shaking, and wailed. "Where is your son? Where is Ivan?"

"I don't know, I don't know. I do not remember - not a single thing. He was walking beside me in the forest, and then I was back in front of our house..." She rambled, turning white underneath the bloody mess she had made of her face. "How can I not remember any of it? Where is he?!"

Lena's sister got up slowly, backed away like a frightened animal.

"You mean... he is out in this snowstorm?" She eyed the door her sister had come in from, remembered the howling of the wind and the depth of the snow. "Sister, he will freeze to death!" She shouted in amazement at Lena's negligence.

Their grandmother snorted from the corner, sinking back into her rocking chair with despair. Yet not a single tear pricked at her eyes. She watched the scene play out in front of her once again, as it had with many other children. Too often, they would get lost out in the forest and freeze overnight, only to thaw in the summer months and leave a ghastly corpse at the foot of a tree.

"Do not be silly, girls. If he has been out there since Lena took him, he is already dead." Her old eyes stared into the fire, seeing nothing as the flames flickered in front of her. "Winter has taken her prize."

Lena was quiet now, done with sobbing, instead twitching and hiccuping as an aftermath of despair.

"Surely not! He is just a child, may Winter have mercy-"

"Winter shows no mercy, child!" Their grandmother snapped, still staring into the wooden fireplace. "It is not in her nature to do so."

The old woman shook her head and struggled up from her chair, limping with a twisted leg over to her grief-stricken grandchild.

"Come, Lena. Let's get you to bed. We will find Ivan when the snow melts." She eyed her other granddaughter, who held her babe close to her chest, afraid to let go. "For now, you must rest."

But on that eve, Winter did show mercy to a little boy, who had stumbled bloodied and bare-footed into her icy home. He collapsed into the snowdrift, his fingers and toes numb with cold, and curled into a ball.

Even as he cried, his tears froze his eyes and lips shut.

He shivered under the sky, lit with hues of green, pink and purple. He had seen those colours stretched out like ribbons across the sky and followed them hopelessly, leaving a trail of blood behind him.

Now the gashes across his stomach and arms had frozen, his blood like black ice against the pure white blanket he had fallen into.

Winter looked down at him and kicked him once, feeling his soft body roll slightly with the force. She frowned curiously and tried again, kicking him even harder.

This time, he rolled over onto his back. Winter sat down next to the boy in the snow, unbothered by the cold despite her nakedness. She reached out and ran her icy fingers through the boy's matted black hair, but he flinched away. A cold chill travelled down his spine, and he shivered even harder.

"Please -- witch," Ivan managed, through chattering teeth. "I don't want to die. Mama is waiting for me-" Winter held a finger to her lips to silence him, and Ivan stopped. He looked up at her, enchanted by her pale body in the moonlight. He felt himself becoming delirious.

Now, Winter grew more curious. She knew the boy's native tongue, and what 'witch' meant. She wondered, perhaps, if a witch would have been so generous as to lead a wounded thing into her own home. Leaning down towards him, she whispered,

"I am no witch, child." Her breath felt icy as it fanned across his face. She paused to consider the shaking thing's begging. "...What will you give me?"

The boy's breath laboured further, coming out in fading clouds as his body froze. If she wasn't a witch, she was a demon then. Ivan's mama had told him never to trust in demons - they made a mockery of man's pain. But if he ignored her, he would die anyway.

They would never find his body, hidden out amongst the endless snowdrifts.

"My soul," Ivan said, his voice wavering as his teeth chattered against themselves. Winter stared at him, deep in thought, and sat down in the snow next to him.

"What would I do with your soul? Can it be eaten, or worn?" She asked him, and placed a hand against the side of his face. Frost crawled up his cheek, forming blueish crystals which stung when he moved his mouth.

"No, but demons don't need to eat," The boy said snappily, though he shook in fear at the thought of what this monster could do to him if it wished. "And you don't wear clothes," Ivan added, matter-of-factly, amazed that he could still talk.

Winter laughed. It started as a giggle, soft and quiet like the first traces of a snowstorm. Then it became hearty, full of life like the crackle of a fireplace, radiating light.

"Very well, I shall take your soul." Winter agreed, still smiling in amusement. Now, Ivan could no longer talk - his mouth was frozen shut. "But I can not give you back to your Mama." She thought it to be for the best.

His Mama had done this to him, after all.

Now, Ivan's pale skin turned blue with the cold. It glistened like ice, reflecting the shimmer of colour in the dark skies above them. Yet Ivan felt himself become warm - his pain became numb and his breath no longer came out in warm clouds.

Winter held a hand out to him, and he took it. She brought him gently to his feet - watched him take his first steps like a newborn foal. With a smile, she wrapped her arms around him.

She was cold to the touch, her limbs ice. Yet to Ivan, her hands were like the warmth of a candle against his skin. She nestled him in close, looking down fondly at her strange new creation.

"I will be your Mama now, child. Come live with me, in Winter."

Without thinking, he reached up to rest his hand in hers, unsettling content filled his body. The deal had been done, and the doors to Winter's home snapped shut once again. 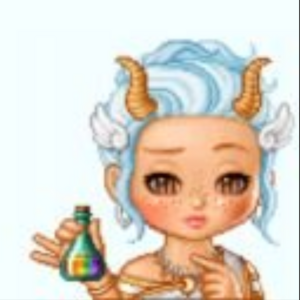 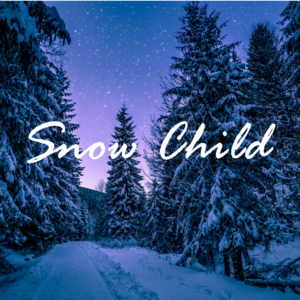 Winter watches over her own realm day by day, year by year. Until a boy collapses onto her snowdrift, betrayed by his own mother.
A story of magic, trust and betrayal - but most of all, one of love between a wayward prince and a strange creature. 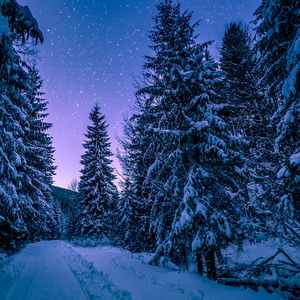