Sung-jin ran across the dungeon floor with incredible speed. He was running as fast as he could while fighting all the monsters in his proximity. Sung-jin was carelessly running amok without taking care of his stamina or mana because the monsters he fought were too easy.

"It never gets old!"

Sung-jin said after killing the last enemy in the room. He stepped closer to the big ogre he just killed, who had his dagger embedded in its forehead, and pulled the dagger out of the ogre while panting.

Usually, Sung-jin wouldn't be this exhausted, but his energy was depleting due to speedrunning this dungeon.

"Hu… I hope the boss isn't too difficult."

Sung-jin smirked, knowing that the dungeon difficulty wasn't up to pace with his skills; hence why he didn't care about controlling his mana output.

"It feels good to be smurfing!"

Sung-jin said confidently. But shortly afterwards, he remembered why he speedran the dungeon in the first place. It wasn't because of the loot or the experience, but rather the gut feeling he had when he came across the dungeon.

"I don't think what's behind this door is supposed to be there!"

Sung-jin stared at the big door leading to the boss's room with a bit of anxiety. He regretted that he decided to clear this dungeon, which his instinct said was dangerous. But then, if he didn't clear the dungeon, a noob team would just come here without knowing the boss was special and get annihilated.

Sung-jin yelled, antagonizing some well-known figures in his head. But those people could be dealt with later; now, he had a boss monster to hunt.

Sung-jin smiled and carefully opened the big door to the boss's room. The door slowly opened, and he could see more and more of the boss with each inch. However, as the door was fully opened, Sung-jin realized where he went wrong.

Sung-jin gawked at the big figure in front of him; he couldn't see the entire body because the monster had cloaked itself in its aura. The aura was blackish and went around the monster like it was on fire, and while Sung-jin normally didn't care about monster's auras. This one felt different to him.

'It's not just the aura; this room feels a bit ominous…'

Sung-jin looked around the room, and he could see that the wall enclosing the boss's room looked like a castle wall. The big monster was sitting on something resembling a king's throne, and giant brick pillars supported the cave-looking roof.

'I have definitely not seen a room like this before.'

Sung-jin thought, but ultimately he didn't care. Instead, he walked towards the big beast with his head high. His hands were coated in black mist, but it disappeared seconds later, and two blood-red daggers replaced the black mist.

Sung-jin said and pointed his right dagger at the beast. But it didn't do anything when Sung-jin threatened him. The big beast just looked at Sung-jin as if he wasn't of any threat to him. And Sung-jin knew why.

Even though Sung-jin looked confident, in reality, he knew that this fight wouldn't be easy.

'It's an S-ranked monster which is usually only found in S-ranked dungeons. It was good I decided to clear this dungeon after all…'

Sung-jin thought as he stepped closer to the monster.

He knew what the monster was and how it attacked, but he had never fought against such a boss before. Sung-jin had only once fought against an S-ranked boss monster, but this type was new.

He continued walking slowly towards the boss while maintaining eye contact. Some may think he was stalling for time, but Sung-jin had calculated every possible way to defeat the Lich King.

Sung-jin was confident in his ability to calculate his possibility to win against the Lich King. Only one way was necessary to win.

Sung-jin couldn't help but laugh; something wasn't right with him.

Sung-jin put his right hand to his head because he got a terrible headache after overworking his brain.

'All this thought was for nothing!'

Sung-jin gritted his teeth and wore a serious expression on his face that no one had seen in a long time. He had exhausted every brain cell he had, and the only possibility to win was…

'There's a 0.1 percent chance I'll win this fight! The odds are stacked against me.'

Sung-jin thought while only being a few meters away from the boss now. But while Sung-jin had approached the boss slowly, the Lich King hadn't moved an inch; it was just waiting for Sung-jin's first move.

"Quite confident, aren't you?"

Sung-jin asked the Lich King, but no answer was given. Instead, they just stared at each other, waiting for someone to take the first turn. But in Sung-jin's case, the passive Lich King was good for him. The slow walking was not just for thinking but also for regenerating his lost mana, which would soon be at its max.

'As soon as I hit my max mana, I will quickly take care of him!'

Sung-jin thought of his plan to take down the boss. But no matter what, the odds won't change, and he has to get lucky even to have a chance against the Lich King.

The few seconds it took to regenerate the last of Sung-jin's mana finally ended. And he didn't waste any time and attacked the Lich King, hoping to surprise him a bit.

"Let us begin the hunt!"

-System: You engage in combat with the Lich King.

Sung-jin heard the familiar sound of the system notifications, and he found a weird pleasure in it. It may have been because it could be his last time hearing it, or he's just a pervert.

Sung-jin heard a notification sound again and got knocked back after he rushed towards the Lich King.

-System: The Lich King denied your request for combat.

Sung-jin looked confused at the sudden pop-up text in front of him. It surprised him that the sound played twice, but he was even more surprised about what it said.

'Denied my request for combat?'

"I have never seen this message before; how can it even deny combat?"

Sung-jin asked out loud without realizing it. And while he was in deep thought—

"Player, you're not strong enough."

The Lich King answered with a voice that echoed throughout the whole dungeon. The pressure the Lich King gave out just by talking was clearly on another level than what Sung-jin previously thought.

'I based my calculations on what the nine pillars had fought against, but this Lich King is obviously on another level.'

Sung-jin pondered about the Lich King, who was defeated by the nine pillars, and was rerunning his calculations with the new information he got.

"Correct, player. You're too weak."

"Come back when you are stronger."

The Lich King continued, giving Sung-jin a sour expression. He didn't look satisfied; Sung-jin was now getting mad at the Lich King.

'You don't know what I have been through!'

Sung-jin yelled with anger at the Lich King, forgetting about the big gap in their abilities. But Sung-jin didn't even lie; no one could beat him out of the nine pillars, which were the nine strongest players in the world. He was the peak of what a player could achieve.

"How can I get stronger then?"

Sung-jin asked the Lich King, still quite angry. For Sung-jin, nearly five years had gone by since he was teleported to this world, and now after spending five years of slaying monsters and risking his life, he was told he is weak. This made him upset.

"You want to get stronger?"

'Why would a monster ask me that?'

Sung-jin knew wondering over such a thing wouldn't get him anywhere.

"You want to sacrifice everything you have earned so far on your journey?"

'Sacrifice everything I have earned? Does that mean all my levels and equipment?'

Sung-jin wondered for a while, not knowing if sacrificing everything he got was worth it. But did inanimate objects really matter to him?

Sung-jin had collected all these items and had been leveling up for five years, but none of that had any particular meaning to him.

'I am the strongest player right now. And if I'm not strong enough to beat this game, no one is or will ever be….'

Sung-jin made a swift decision. No items and no stats would ever be as important as beating this game. And if sacrificing that to get stronger—

"Yes, I will sacrifice everything!"

Sung-jin said with resolve in his voice.

The Lich King smiled at Sung-jin nearly blowing him away with his enormous pressure.

-System: Rebirth request. Do you agree? Yes or No.

'Rebirth? What is this?'

Sung-jin looked hard at the system notification, but it didn't take him long to make his decision. He already decided to sacrifice everything, so just because he didn't know what a rebirth in this game was, it didn't scare him off.

Sung-jin began fading away after the notification, but he wasn't afraid. And without saying much, he showed the Lich King his confident smirk again. 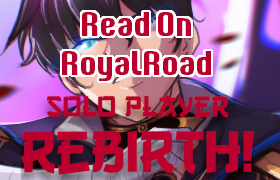 This is interesting. But I wish there was more. 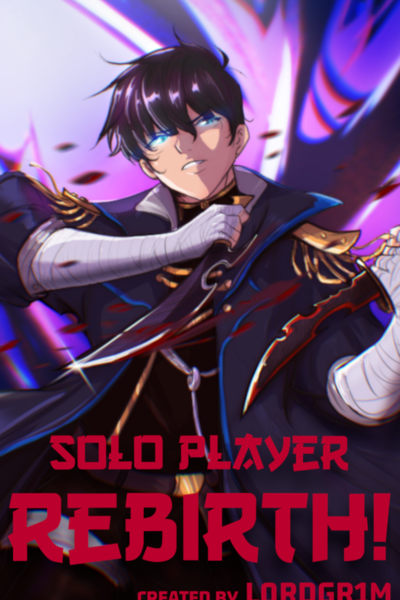 Every year thousands of people get teleported into a gamelike world where they have to fight for their lives. No one has ever completed the game and the 9 pillars which are the strongest players are not even close. But the hope of completing the game still persists in most people. But will anybody ever beat it?

Sung-jin is the best player that no one knows of. A solo player that is thought to be dead years ago; will he be strong enough to beat this game?
Subscribe 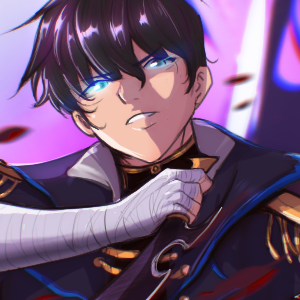