It was a fine day at the planet called Sticky-Planet. On this planet there was a creatures called sticks or stickmans, but they are not so different from humans. Everything today was actually normal as it should be, but danger always comes when you least expect it. My name is... Well, I don't have a name, let's just begin with the story.

"Phew, today is the big day Aylhanka!" - says a stickman while looking at the mirror: "I'm finally gonna be an a police officer like my dad at the most popular city of the whole world! Well, I promised him to continue his legacy after he... uhh... nevermind that, I have to catch the train anyway." - Aylhanka leaves from the bathroom and dashes through the door. Takes the police cap with him and puts it on his head. "Heh, this job wouldn't be as hard as other jobs, these days were pretty peaceful, nothing bad on news after that alien attack we barely survived. Heh.." - Aylhanka enters the train: "Heehh... that's not really what I want to remember.. Good thing Defenders were there to... defend us, duh.." - Aylhanka sits down and train starts moving.

Who are Defenders? No one clearly knows it... except me, ha, I created all of this, you know. But it's one of those things that I'll better keep as a secret. Legends says that 20 years ago a scientist named Scientist(yeah, i'm not so creative) was experimenting with dimensions and universe traveling, whole town knew about it. These news were so big that even criminal group called "Offenders" on other island found out about this. "Well, well, well... looks like they are finally making progress! Took them long enough..." - says the stickman who is a boss of the group: "It can't be good for us, we need to stop them or they will interfere with our plan!" - Big screen appears in the wall behind the boss that shows an old stickmen: "You mean MY plan, John?" - says the old stickmen. John slowly turns back and stares at the screen: "Uhh... Yeah, sure... It's totally YOU who made all of it." - Old Stickmen just looked at him for a second: "...Anyway... You got what I asked you to get yesterday?.." - he said after silence. John quickly realized he forgot about it: "...snap."

Tomorrow... John comes in old stickmen's UFO. The thing you should keep in mind: Sticks are entire specie, Stickmans are sticks who born on Sticky-Planet, Stickmens are stick aliens (stick+alien=stickmen) that attacked the planet. Anyway, where were we? John walks through the hallway with some documents on his hand. Gets in old stickmen's office by slamming the doors. Old stickmen notices him: "Oh, great. You're back" - John throws the documents on the desk: "Shut up, old man! One of our best sticks almost died for this piece of paper! I hope this worth the risk and you better pay us for this." - old stickmen takes the documents and checks them: "Hey... We were working together for almost 20 years, you know you can trust me.. I would NEVER trick you." - John takes out cigarette and sarcastically says: "Yeah, of course! 'NEVER', 100% you wouldn't want to trick us!". Old stickmen: "Well... after all these years I still don't get your motivation to work with me." John: "Heh, money and guns! That's all we are working for!" Old stickmen: "..." - looks at the paper: "..stupid motivation.."

Old stickmen starts to read: "Oh... Take a look at this! The members of Defenders finally retired, Petka0 is gone, aswell as that farmer dude. Their defence is clearly decreased now" - old stickmen tells this to John while reading. John thinks about it and says: "What about the army and police? They're pretty dangerous.." Old stickmen: "Don't worry about it... after we got their officer they're not much of a treat... wait a minute... It says here that they got new officer! Officer Aylhanka?" - old stickmen got surprised, John is surprised aswell: "Isn't that kid on that helicopter crash? He survived?! We got his mother AND father! There's no way he could survive THAT!" Old stickmen reads more and says: "He's born in Techno-Sticks, huh? Didn't heard of that city for a while." John: "Well, it's because there's only ruins left of that city. After the robot invasion because of us, heh! That was funny." Old stickmen: "What did your group do?.. Nevermind.. that's not the main thing we should worry about now.. Anyway, Aylhanka is heading to the StickLand, the special city for only special stickmans. Oh, that's why it doesn't have a big population. Okay, boys, I think I found our mission."

Season 0 Episode 0 or something. I don't know english that good to write things but I still do it because I enjoy it. 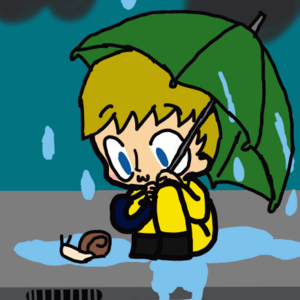 I loving the story so far! 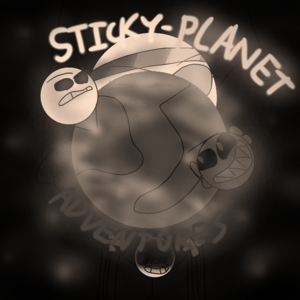 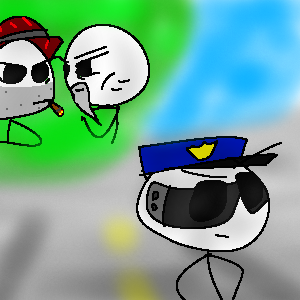