For as long as I could remember I dreaded summer. Not because of all the bugs, the extreme heat, the sweating, or the boredom, though those things sucked too. It was because of the boy that always stayed in the house we rented out next door.

You could say my family was rich. Both of my parents were doctors that worked all the time. I was raised on baby sitters and bribed with expensive toys to make up for their absence. I hated this, but that didn’t mean I didn’t love my family. I just wished they were around more. To remedy this my parents decided one week during the summer we would go on a grand family vacation. This led to my family having many vacations homes around the world that they rented out to other families when we were not using them.

The dumbest thing I ever think my parents ever did was move to a place we already owned a vacation home because of work. However, instead of moving into the home we already owned, they bought a whole different house next door. I asked my mom why they did this. Her only excuse was that it was a very popular one that they rented out multiple times a month, but they liked the view so much they figured to move in next door so they could keep an eye on it and spruce it up so it could make even more money. This made entirely no sense to me and instead I started to wonder what their obsession with money was when we already had so much.

So when we packed up our home in Washington the summer before I started the third grade and moved our lives down to the Oregon coast I found myself living in a beach house.

The house was big and painted blue to mirror the ocean. The front porch was decorated with wind chimes that for a while annoyed me to no end. It also had a decent sized grassy back yard and it sat on a street that was pressed up again the edge of a slope that led down to a somewhat private beach. I didn’t find it so bad, the beach was actually pretty nice once you could get past all the wind and sand getting is unusual places.

It was the same summer of our move that the family who had rented the rental a few summers already showed up. The mom was a beautiful African American woman named Jamie. She was chubby and had a beautiful afro of dark brown hair. She did her makeup like a runway model and was always extremely comfortable in her skin. As a chubby kid myself I found it admirable.

Her wife was an amazing Asian woman named Alice. She always wore beautiful clothes that I had never seen before and did her hair up in cool ways. IN later years she taught me to sing and took time with me when my parents were at work to teach me arts and crafts. They were the perfect couple, nice, funny, and smart. It was their annoying son that made me dread the days that slowly went by in the summer

His name was Lucas. They had adopted him on their trip to Spain when they spontaneously decided it was time to introduce a kid to their marriage. The day they pulled into the driveway for the first time I watched from the house, barely being able to see them over the bushes that separated the plots of land. However, I felt it was impossible to miss him with his mop of black hair, dark tan skin, and a bright smile missing teeth. For a while I watched them bring in their luggage and eventually I bored of them, figuring they were just like any other uninteresting family that visited throughout that year.

Turing back to my book to read I put them completely out of my mind. They didn’t interest me much, in truth people didn’t really interest me much. Perhaps it was because I spent so much time on my own or because I was kind of unsocial, but it was just easier to be alone and not involve myself with others. I figured at that point that I wouldn’t even meet the family so what was the point in caring.

Once I had redirected my attention I had read about ten pages of my book when I heard their car door slam shut and in instinct I turned to look. Instead of seeing their gray car I came face to face with the soccer smile of the Spanish boy watching me read with a bright expression. I screamed out in surprise and ran from the window, my book falling to the floor.

The boy’s face looked concerned. “What’s wrong?” he said faintly through the glass but I just stared at him, my chest heaving.

He stared back and waved after a few moments of waiting patiently. “Hey, what’s your name?” he called and once my heart had finally calmed down I walked back over and opened the window so I could hear him better.

“My names Kain.” I said. “What are you doing over here?” I was hoping he would realize he needed to go back over to his parents but instead he reached forward and grabbed my face.

“You look more like my mom’s kid than I do. You are Asian like mommy and fat like mom!” I could feel his sticky fingers leaving residue on my face and I jerked back bringing his hands with me as if he was an octopus.

“What did you say??” I was completely offended he would comment on my weight like that but the boy just smiled.

“I think you are really pretty!” he leaned forward and pecked me on the lips with his slobbery mouth. I practically spat in his face and pulled away abruptly to wipe my lips to get rid of his germs.

“Hey! Why did you do that?” The boy, disappointed by our sudden distance, started to try and lift himself through the window.

Before he could get too far I reached forward and grabbed his face to push him back out. “Who are you? How old are you anyways? You should go home now and stop bothering me.”

“My names Lucas! I just turned six! I start the first grade this year!” I eyed this boy, only a few years younger than me at the age of 8, and instantly knew he would be a thorn in my side. 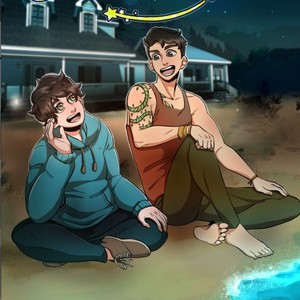 Hello! First time ever I'm posting my writing online for others to read. I hope it's enjoyable and that any grammar mistakes are not horrible. Thank you for reading! 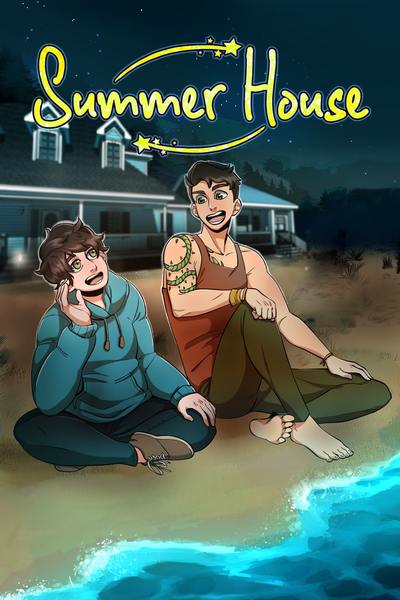 Kain had always thought it was dumb that his parents owned the rental house next door. He considered it even dumber that the same family had been renting it for the whole summer every summer for almost his entire life.

However, despite the families annoying son Lucas, Kain eventually finds himself getting attached to this family in the place of his absent parents. It isn’t until Kain screws up and says something that hurts Lucas and causes him to leave, seemingly forever, that Kain realizes how important their relationship had been to him.

Now after five years of separation Lucas is back in town for one last summer and Kain has the chance fix what he broke. As Lucas and Kain to try to navigate their new relationship after everything that happened can Kain learn how to trust again and possibly even love? Or will the threat of his family breaking apart keep him from any kind of happiness?
Subscribe 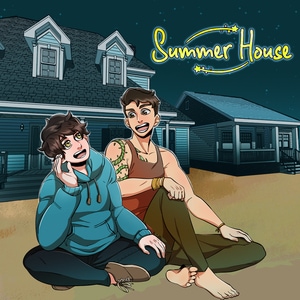