The forest is eerily quiet as I scan the leaf covered floor from my perch in the canopy searching for any signs of prey. Over my shoulder I can still make out the trail of beaten down leaves that form the path to the Heaven Step Mountain. Maybe I should have traveled further into the forest but, I feel no desire to move right now. Again, I focus on the light foliage that roots beneath the heavy branch of the oaks and maples. Still nothing stands out against the browns of the dry leaves.

My hand brushes over the rabbits dangling from my belt, I took 2 on the way out here. The larger game we need prefers these woods closer to the mountains, yet there is nothing here. We have reserves at home but not getting a deer or boar today will make things tight for a while. Still it is better to bring home a few more rabbits then wait for a deer and return empty handed.

I look up trying to catch a glimpse of the sun through the thick canopy. My efforts are futile with the thick cloud cover obscuring the little bits of sky that show. I let out a sigh, it can’t be past midmorning, there is plenty of time before I need to make my way back.

I just don’t want to admit why I feel so anxious. The other hunters and villagers are a superstitious bunch. Even as a kid that stuff never bothered me, I always prided myself on being more mature and level headed then that. Yet as I crouch against the tree, I feel the need to draw my bow. The air seems thick and heavy today.

As I battle with my thoughts of staying or going back, I hear a branch snap. I turn drawing the arrow to my cheek hoping to see a deer. Disappointment swells in my chest as the two men come into sight running along the path. Some more nut-jobs crossing The Heaven Path Mountains.

While I let the tension out of the string, I notice the egg. The size of a wine cask its shell seems to shimmer even with the dim light passing through the canopy. The light that bounces off the egg releases an amazing kaleidoscope of colours upon the woods. I find myself transfixed by the egg as their voices carry across the silent forest.

“Do ya think we’re safe?” Pants the one carrying the egg. He is short for a man, his balding head shining. His bulging stomach presses against the egg as his sword slaps his leg.

“We will be if you hurry up.” The other one responds, his tone venomous. Tall and lanky, long oily black hair hang past his shoulders. Two curved short swords are strapped across the back of his belt. “We collapsed the cave so the mother shouldn’t know we took the egg, but we have to get to the hand-off before she finds out.”

Poachers, I think as I take aim at the tall one.

I try to calm my breathing as I steady my aim, but my hand wont stop shaking. My heart is pounding so hard it is all I can hear. I have never killed a person before. This is part of my job, part of the deal allowing us to live and hunt on these lands. We maintain animal populations for the lord and kill poachers we spot; in return he leaves us mostly alone. I have prepared, shot countless arrows at human shaped targets. Knowing that does nothing to steady my hands or calm my pulse as it pounds in my ears.

I close my eyes and let the arrow fly. I hear a dull thud, opening my eyes I see the arrow lodged in a tree a few feet In front of the poachers.

“Whose there.” The fat one calls out as the other one draws his swords scanning the forest floor.

I take a deep breath to calm myself, I can’t let them go. That egg belongs to a Mana Beast, If I let them take the egg it might come down the mountain looking for it. If an angry mana beast stumbles into the village…

I jump out of the tree and sprint towards the path nocking an arrow on the way. My sister, my parents, the villagers, I have to keep them safe. I have to be a man.

“Stop right there!” I shout stepping out onto the path drawing the bow taunt, pointing the arrow at the tall man with his duel swords bared. “I have you surrounded.”

Their eyes briefly scan the forest before the tall one notices my words, “I?”

I smile relieving some of the tightness in my chest, but not much. The fat one laughs, at least someone appreciates my jokes.

“So, Mince, we going to stop for the kid.” The fat man asks.

Mince is not laughing. “long enough to torture and kill him. Not only did he see us but he tried to kill me. That calls for some punishment.”

The fat man just rolls his eyes as Mince makes his way towards me, “don’t take too long,” he says as he sits down placing the egg in his lap.

“Say back!” I yell as I loose the arrow.

Even as it leaves the string, I know the arrow is going wide. Mince cuts it out of the air anyways. As the broken shaft hits the dirt path all I could think is, that’s trouble.

I had not been able to see their faces from the tree. The fat man is quite average outside of his multitude of chins. Mince on the other hand is ugly from his long-crooked nose to his beady far set eyes and paper-thin lips. What makes him even uglier is the look of pure ecstasy painted on his face.

My hands shake fiercely as I reach for another arrow. Try to calm down, think this through, He is a magic swordsman, that’s no good.

No normal person can cut an arrow out of the air. A cold Certainty fills me as I finally get an arrow free of the quiver, simultaneously knocking the quiver off my belt. I am going to die.

Mince cover the last 5 meters between us in a single step swinging his sword. I try to step back and trip over my quiver falling onto my back as his sword passes through where my chest was.

Mince holds up his sword looking confused that my blood is not on it. I lash out with my bow but the flexible wood snaps against his leg. He looks back to me laying at his feet, as he raises his sword, I become certain of something else. If I am going to die, I will die fighting. I kick upwards as hard as I can, landing a clean blow on his crotch.

Mince drops his sword as he falls to the ground. I roll out of the way grabbing one of the scattered arrows, jumping on top of him while he is still clutching his manhood. I drive the arrow into his neck feeling the head snap off as it deflects off his spine. I pull the shaft out and drive it in again with all my strength. This time I feel a crunch as Mince stops moving.

My hands stop shaking as I hear the sound of the fat man trying to scramble to his feet. I grab the hunting knife off my belt letting it fly as I turn. The fat man falls backwards, the hilt of the knife protruding from between his eyebrows.

I try to stand only to fall onto my butt. I look at the rabbits hanging from my belt. Their brown fur is covered in fresh blood. I touch my face, as I pull my hands away, I noticed they are cover in blood as well. I feel my face again, is my face covered in blood?

I turn to the side hurling my breakfast onto the forest floor. When I finally stop heaving a part of my brain that is still functioning asks a question, “Egg?”

That’s right the egg. I turn to see it sitting at the feet of the fat man. I try to stand only to fall onto my butt again. I crawl towards the egg having to stop once more to heave as the wind changes and the smell of blood and bile washes over me.

I reach the egg, relieved to see it okay. I pick it up sitting it on my lap, not noticing the bloody handprints I leave on its pristine surface. I sit there admiring how it shimmers, a million shades of every colour exploding across the surface in even the smallest change of light. Sitting there staring at the egg I begin to feel better. That is when the first crack appears. This is a very well written story, and the author is obviously very talented, If you have some great stories like this one, you can publish it on Novel Star, just submit your story to hardy@novelstar.top or joye@novelstar.top 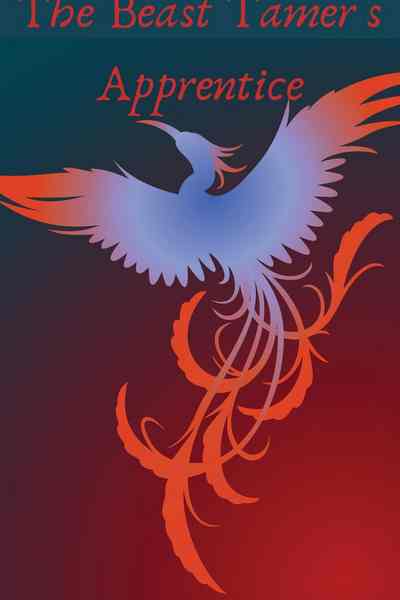 When Ordinary meets Extraordinary one will be drawn into the world of the other. Will Ken, a simple hunter, be able to handle Giean’s world. A world of magic and powerful monsters, of princes and princesses, duels and adventure. A world he has only heard of through bards and minstrels. Will he be able to rise to his fate and stand by Giean’s side as the beast tamers apprentice?
Subscribe 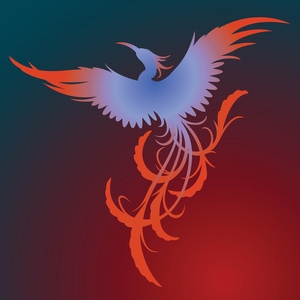