Kevin Barnes read two chapters of Louis Presley’s book How to Survive the Rapture: A True Believer's Guide to Reaching God’s Kingdom in The End before he went to bed every day. When reached the last page of the yellowed, fraying paperback twice a month, he would ponder the ways he could prepare for The End, then start again. The book was very well loved, and written by a trusted bible scholar. Louis Presley was a pen name, of course, but it was only out of necessity that the author hid his identity–the liberals would want him dead because of the truth he was spreading. They were trying to say that the world would end because of global warming. Kevin considered that a whole load of BS. How could humans have the power to end the world? It just didn’t make sense. And of course, God’s people would always be saved. So really, climate change was just something that was made up so the government could restrict corporations and turn America communist. A big load of commies, was what everyone in the government was.

Kevin’s hope was placed in becoming a tribulation saint. He did his duties and all, going to church sometimes, praying to god, protesting gay marriage, but he wasn’t holy enough to be saved right away, probably. He drank too much beer for that. So he stocked up everything he could need to survive the days after the first rapture. He had a big basement, and storm doors with a double seal, and provisions. Lots of provisions. Canned food was stacked up to the windows, batteries of all shapes and sizes sat gathering dust, gallons of bottled water towered high, and the liquor shelf was filled to the brim with whiskey. There were even a couple guns he had bought online, and as many bullets as he could fit in the cabinet he stored them in, and a katana and slingshots. The katana wasn’t cheap, but it would probably be used. A bible was there too of course, next to the bed in the far right corner.

Mr. Rick Kenneth used to live right next door to The Bunker and was an idiot. He was in his thirties and had gelled-back brown hair that looked greasy instead of polished, a wan, tired face, and he always wore an insufferable self-mandated uniform of monochrome collared shirts and sensibly toned slacks and modest black loafers. He had a job at the bank, and he spoke slowly and nasal-ey enough that most customers would rather wait in a longer line than sit at his desk. Conversations with him went in circles, and he always walked away from an argument thinking he won and changed everyone’s mind when he actually just made people angry. Angry enough to smack him, most of the time, but Kevin had good self control and only let his temper get the better of him once. “The ocean’s rising, Kevin,” he said, when he started the argument that got him slapped.

“Well I looked at it this morning, and it wasn’t any higher,” Kevin retorted.

“Well maybe you should listen to the scientists. How can you tell, just by looking at it? You've got nothing to measure it against, you see.”

Kevin did see. He saw the water at the same level it had always been. So he told Rick that. “I’ve got eyes, idiot. Why do I need to measure it against anything? I measure it with my vision, ever heard of that?”

Then Rick called him a moron. How ironic! Kevin didn’t need to be told that his eyes were wrong, he knew he could see the water level just fine. But Rick wouldn’t shut up about how his logic was the only sound logic and then a hand flew at full force like a bullet hitting its target and landed on his face. Kevin didn’t realize where it came from, at first. When he did, he felt a little bad. But it made Rick be quiet, so all's well that ends well. 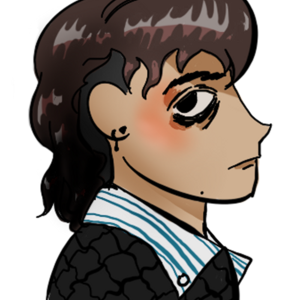 Hello little people in my computer!! Like if you agree haha ahah.
I'm trying to make my writing a different style than usual, I'm trying to sound less stuffy and focus more on dialogue than descriptions so if the flow of the story is off be patient 💋😜 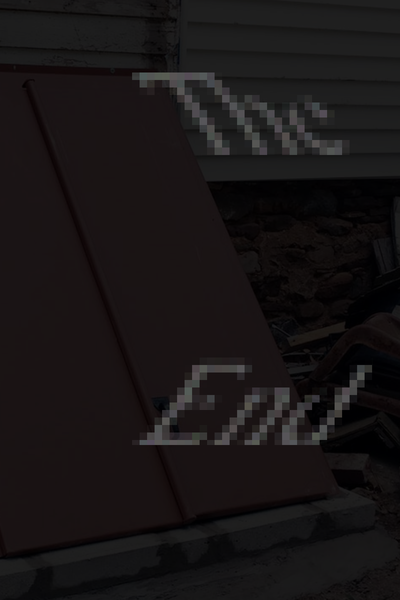 Kevin Barnes is ready for the apocalypse. He even has a bunker, and it's *filled* with anything he'll need to survive after the first rapture. He's a God-fearing man, he is, and he doesn't feed into all that "global warming" nonsense. The sea level is rising because the communists want to shut down the economy, that's all. He knows he'll emerge a tribulation saint, swear-to-Jesus-hope-to-die.
Subscribe 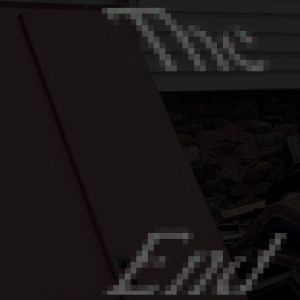