Tales of the Light

“The age of darkness has begun, so it was prophesied for the sake of man to change his ways, but none have the power to overturn the darkness once it touches. The Seven will chase the light and with them, the bearer of hope, and from the skies their swords will relinquish the void…”

“Oh Pa I want to be a Seven, I want to hear more Pa, and I can’t sleep”. Flavius urging his father to retell the story.

“Son I think I have read it three times already, go to sleep now, for tomorrow we will see the Holy Valiants, the Knights of Myrina”. His father reminding him of the parade tomorrow morning.

As his father walks out of the room, Flavius opens the windows of his room,

“I’m going to be a Seven right? I’ve been dreaming about it all the time, but I want you to be there too.” As he tries to close the window the silent wind blows across his room filling it with the breeze of a cold comforting night.

As the sun shines for a better weather, the kingdom of Myrina was already preparing for the whole day banquet for the return of the Holy Valiants from their war with the Taruks, a barbaric tribe from outside the southern walls. Flavius and his father decided to go up the walls of the citadel for there they will have a greater view of the Knights of Myrina. Flavius was looking for one particular knight, Degrasse. Degrasse had this golden armor that shines perfectly, a big shield always on his back, and the mighty Tigris, his sword crafted from the rare Myrstone. Degrasse is the general of the Holy Valiants, who never lost a single man in combat, they were even called the Immortals by some of their enemies. They wore blue capes and each of them rode a horse. As the horns were about to welcome the Holy Valiants, the young King of Myrina, Parthas along with his wife Queen Melena stood up in honor of them. The king of Myrina welcomed them as he raised his own sword, the whole army then kneeled as a sign of respect and raised their swords as well. Flavius was amazed of this gesture, which brought him down the citadel walls to look closely. As he was moving closer and closer he stumbled upon a knight, and what he gazed upon he couldn’t believe. The knight knelt as he removes his helmet asking Flavius,

“What is your name young child?”

Flavius couldn’t answer as he was still in awe, then the knight asked if he was lost, but then again Flavius wasn’t able to answer. His father came looking worriedly as he saw Flavius from a far, more so as he was talking to a knight. As he approaches Flavius, he recognized the knight, he had the Tigris, and wore his golden armor, so he then told Flavius to bow his head as he apologized to Degrasse for what his son could have caused.

“I’m going to be like you, I’m going to have my own golden armor and Tigris someday.” Flavius said.

“You have a great son my friend” Degrasse talking to Flavius’ father,

“If you want to be a knight, learn to be a man first” Degrasse told Flavius after patting his head.

As the parade came to a close, Flavius still couldn’t erase the smile he has on his face, then his father asked him about what he said to Degrasse, about being a knight someday,

“Is that what you really want son?”

“Not just a knight Pa, I’m going to be a Seven” Flavius replied.

“Degrasse isn’t a Seven son” his father then told him.

“I know Pa, but I’m going to be great”. The cold wind again enters the room and fills it with a soothing breeze.

The same night at the castle “Mother! Mother! Look! The moon, it has a star in the middle!”.

“My dear Serena, do you know what that means? When the star is with the moon? It means they are united, and their light together protects us”

“But what if it’s not with the moon? It can’t protect us from the monsters” Serena looked scared.

“When the moon and the star unite, their light shines the brightest, that’s what the monsters are very afraid of.” Serena looks relieved after her mother explains.

“So go to sleep now my dear, we’re going to meet your uncle Degrasse tomorrow”. Encouraged by it, Serena suddenly remembered about the gift her uncle told her about…

The morning came and Flavius saw his father talking to the royal guards of Myrina, his father went to him afterwards to tell him that he was going to leave. He asked Flavius to take care of the house while he is not yet home. At the time the sky was full of clouds and they were blocking the sun so he thought about going outside of his house but remembered what his father asked so he remained inside, there he sat down at one of their benches telling the clouds while he imagined himself fighting the Taruks, with his own armor and cape, sword and shield:

then suddenly he saw a mysterious man looking for someone in his house, he then asked the old man.

“Who are you looking for sire?”

The old man never expected to meet a boy, he was thinking of leaving already but then he saw the eyes of Flavius, its color blue like the clear sky and at that brief moment he knew what he was looking for, he then asked Flavius:

“Can I ask for your name young man?”

“If I tell my name sire, will you tell yours as well?”

“I am just an old traveler following where the wind takes me.”The old man answered.

“You didn’t give me your name sire, so I will not give mine.” Flavius responded.

“Clever young man, it is unwise to give an old stranger your name. Now then, can you tell me where the nearest tavern is?”

The old man was convinced upon saying this, so Flavius told the old man to head straight towards the market and look from there. “Thank you little friend, I believe we will be meeting again soon. Farewell young boy.” The old man left.

The night came when his father arrived, he then told his son that they will have to leave the house for the moment.

“Why father? Why do we have to leave home?”

His father then hugged him while telling him that he cannot leave him in their home.

“Son I do not know when I will be coming back, but the king needs me, I have to go.” Flavius was crying, he never wanted to be alone, all his life he had his father by his side, but a citizen has been called upon to serve his duty.

The wind by the night soon filled again the room, this time it circled along Flavius and his father while they hugged each other. The morning came, He said his goodbye to Flavius as he left him with their neighbor. “You will return right? We will come back home together, promise me you will father.” His father then wore his helmet and rode along with the other horsemen, never wanting to show his emotion to his son, when he whispered

“Courage my son, she is always with you.”

And the horns of war were sounded again, another battle will be fought and another day will end, but the sun will rise again. The king of Myrina stands tall as he views his mighty knights on the march to fight his wars. Some of them marching on for the first time, no one knows why the King had formed such huge army when his cavalry referred to as immortals can already handle the fight already. What war has to be fought today, these were the thoughts people had after having their fathers, brothers, and sons fight for the empire. Flavius knew what might come after his father went on with the army, he looked up in the heavens again shouting: “I’m going to be a Seven and I’m going to end this war.” 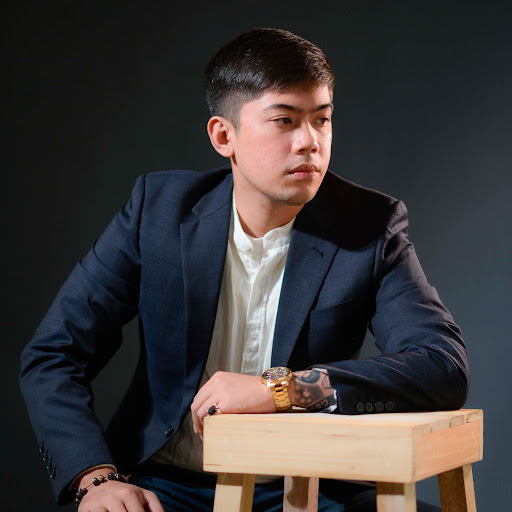 Ganda! The dialogues though needs a bit more character and 'personality' imo. But all in all, definitely a good read. Looking forward to the next chapters! Definitely earned a subscribe, my good sir. 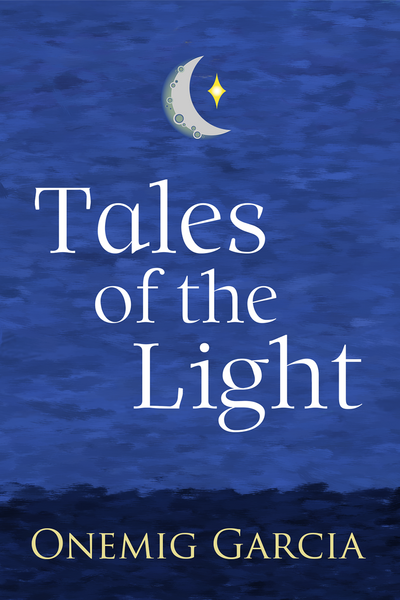 Tales of the Light

This is a story of what life becomes with light and without it, what it chooses to reveal and what it hides, to whom it may be a source of strength and to whom it may bring fear. Will you bear the light or will you despise it? 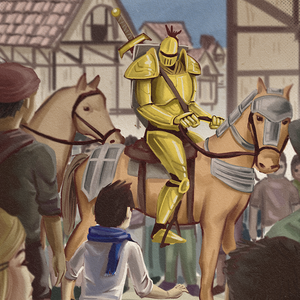