Tales of the New World

The dawn of something amazing

My name is Reuben LaRon. At least I thought it was before my 14th birthday.

God. Everything turned around for me on that day I met this mysterious man in the alley.

All I knew was torn apart for me and I’ve discovered a completely different side of myself. A person I never thought was me!

All I knew, people I've known, cared for and feared, just became irrelevant when this stranger told me my true name and purpose.

But one thing after the other, let’s begin from the start:

This place I called my home, is a world named New Eden.

A world where people are born with supernatural and almost godlike powers, ranging from simple bending of water, to the point where they can hold the power to destroy our world with the snap of their fingers!
Countless wars and battles occurred in this world I live in.

But no armies claimed victories, but instead, powerful men and women turned the tide of battle with their talents and beastly powers that is their bending!

Me however, I thought I was born without any powers.
And I was happy thinking that I wasn’t, to be honest. I was somewhat glad to be a nobody. No one ever would pay attention to me because of what I can.

However, I am nowhere near normal. Despite my attempts at being it I am always reminded of what and who I am.

In the world where I live in, there are many different kinds of people.

Different races that live in it as peaceful as possible amongst each other.

There are the humans for instance, yet we refer to them as Purgatorians.

They are the closest to the common human we have here. They are the major ruling race and pretty much run the known world, as we know it
with an iron and cruel fist.

Next to them are the New Edeners, giant humans with a rich and long reaching history of epic warriors, generals and fighters that battled with epic elemental abilities, some even capable of bending light and the very essence that makes up the universe!

Then lastly, there is the race I am part of: The Imps.

Now nothing more but a race of second-class citizens, slaves and servants for the Purgatorians and New Edeners, we struggle day by day, licking the boots of our masters only to live one more day in this deprived, godforsaken world.

We were once the mightiest species in New Eden, ruling across other worlds before, in a vast and mighty empire, before all came crashing down because of our own pride and hubris!

And out of fear of what we used to be able to do we shut ourselves down for our own protection before the other two races came and gave us the killing blow.

The other two races stomped us into the ground, hunted, killed, massacred and stripped us of our humanity making our kind into nothing but a speck of our former glory.

We got decimated to nothing more but a shell of our former self.
Nothing but weakened slaves and servants to the New Edeners and Purgatorians of New Eden!

Yet, oddly enough, I got spared by this discrimination and hate because of my secluded life. Away from all of this in a town in the north called Celvac.
At least until now.

It all changed, when I had that one encounter that night, and for once in my boring bland life, I rose to the occasion, answered the call instead of running away in fear. And with it,  I took the first step into the footsteps of a mighty legacy, that I didn’t even know I was a part of!

I could become, yet, deep down, always desired to be one day!

A hero to a few, a criminal to many but an example to all of New Eden!

My name was Reuben LaRon and this is my story on how I became the Son of the Revolution and how I usurped an entire corrupt Authority with a simple point of my finger to the sky and three small words:

-Azrael Reuben T. Bones, the Son of the Revolution-

The beginning of something amazing begins with a small speech! 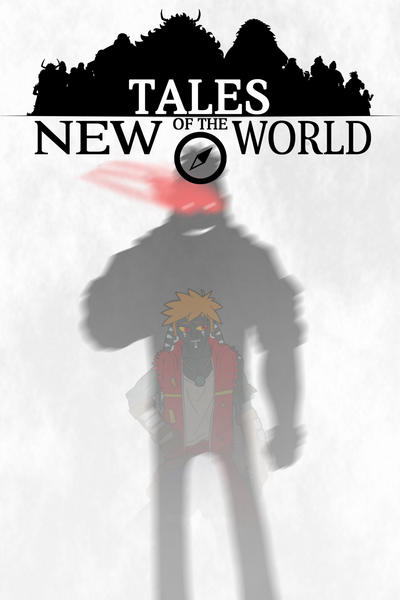 Tales of the New World

Tales of the New World is a world I've built over countless years telling the story of a young boy fighting his way to the very top of the world and unravelling the secrets of the world of New Eden!

Join this young boy as he discovers the secrets his father, known as the most wanted man in the world hid before his birth! Join little Azrael!
A insignificant little Imp creature, at first, before growing into a formidable warrior and one day into the very embodiment of the title of "Son of the Revolution!"
Follow as he uncovers the secrets of the World and saving it from the oppressive Allied World Authorities!
Subscribe