Dominic rang up the man’s coffee, newspaper, and chicken salad sandwich. “$6.67,” he said.

The man gave Dominic a five and two ones. Dominic made the transaction and gave the man his change. “You should get a real job.”

“Just some advice. Get a real job,” the man said again.

“This is a real job and why would you say that to someone? Just to be a jerk? Do you go up to kids selling lemonade or Girl Scouts selling cookies and tell them to get a real job?”

“If they were still doing it into their 20s then, yeah,” the man shrugged and walked away.

“We have a new employee,” Ryan said and came over with a tall guy with big hair. “His name is Aaron and he still has a soul.”

“Well, he can help that man tomorrow and he’ll take care of that,” Dominic said. “How you doing, Aaron?”

“Well, don’t be. This job is worthless and soon you won’t give one damn about these people getting their coffee, giant meat sticks or powdered donuts,” Dominic sighed.

“We can hear you, you know,” a customer said from one of the aisles.

“Dominic isn’t a morning person,” Ryan said. “Or an afternoon person or an evening person…”

“Or even a person,” he smiled.

“How long have you two worked here?” Aaron asked.

“Since we were in high school so we’ve been here a few years,” Dominic said. “Remember when we were first hired?”

“You’re hired,” said the owner and manager of the Tank N Tummy, Rajesh Nunjiar. “I want to thank you both for coming down on such short notice. Can you come in tomorrow to do paperwork and we can kind of show you the ropes?”

The boys had big smiles on their faces. “Absolutely,” Ryan said.

“Do we get health insurance?” Dominic asked.

“Unfortunately, you don’t get health insurance but if you get sick or injured and have to miss some days, we do try to wait a while before firing you and hiring someone else,” Rajesh said.

“And we’ve been here ever since,” Dominic clapped Ryan on the back.

“How long have you two known each other? You seem close,” Aaron asked.

“We met one night in Reno,” Dominic began. “Ryan was drunk, passed out bent over the bed with a series of guys just railing him and he happened to wake up right before I…”

“Why?” Ryan interrupted. “Why do always tell that story?”

“I just like messing with you,” Dominic clapped Ryan on the back again.

Aaron chuckled. “So you didn’t meet in Reno? That story is made up?”

“Ha!” Dominic exclaimed. “We met in Kindergarten. Ryan was drunk, passed out bent over the Lego bucket with a series of guys just railing him…”

“...And that’s when I just banged that chick. I didn’t care,” Ryan was sitting on a bench under a tree during recess. The kids who were in the resource room were also out and the sixth grade kid with the buggy eyes and the walker had glommed onto Ryan, who hadn’t made friends yet, and was talking about sex. “Are you circumcised?”

Ryan looked at the sixth grader. “What?”

“Hey,” Dominic walked up to Ryan with one of those red rubber balls. “You want to come play some kick ball with us? I promise we won’t ask you if you’re circumcised.”

“Yeah, sure,” Ryan happily agreed and got up to go with Dominic.

“You’ll be back,” the sixth grader shouted.

The kickball game was cut short, of course, by recess being over. Since they were in the back field, all the kids ran across the playground to get into line. As they approached the line, Ryan suddenly stopped and threw up. “Dominic, will you take Ryan to the restroom?” the teacher asked.

“Sure,” Dominic said and helped lead Ryan to the restroom. They go into the restroom that was right across from the kindergarten room and Ryan rinses out his mouth.

“I think I just overdid it playing kickball,” he said.

“Probably. It may also be because of Amos,” Dominic said.

Ryan laughed. “Thanks for getting me away from him.”

“I honestly don’t know why he’s allowed around the younger kids.”

The two returned to the kindergarten room. The other kids were off in their stations. This week, Dominic and Ryan were in the playhouse which Dominic loved. The two went over to the house where another boy and a girl were.

“We should probably get to work,” Dominic said. “There’s a line forming,” Dominic pointed, noticing about a dozen people standing in a line waiting for someone to start doing their job. 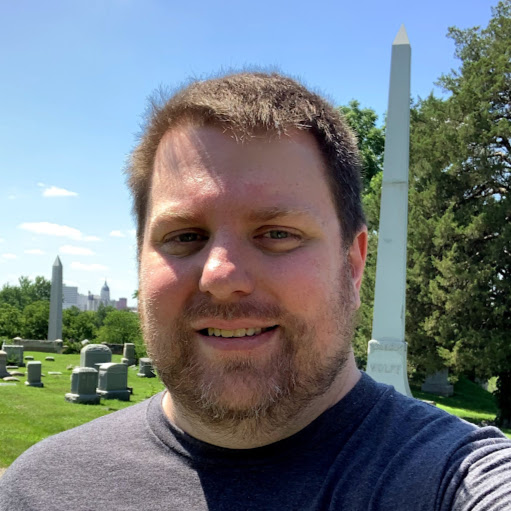 The Tank N Tummy gets a new employee--Aaron--and Dominic and Ryan tell him the story of how they first met. 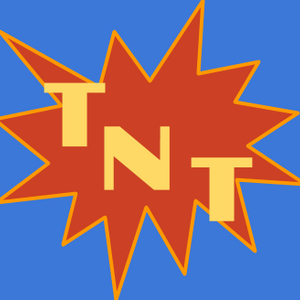 The adventures of three friends who work at a gas station convenience store.
Subscribe