Detective C. C. Tinsley walked down the rainy street of San Francisco. He groaned at his soaked hat, and he pulled it down more and lifted the flaps on his trenchcoat. He continued his walk, but someone hit him as they ran past him. He glared at the man and continued down the long sidewalk. When he finally reached the hotel, he sighed in slight happiness on the fact that he finally made it back. He checked back in, and said hi to the woman at the desk, Ms. Sara Rubin.

She smiled at him, before standing up, “You’re soaked! Do you need more towels?”

C. C. looked at his trenchcoat, and settled on saying, “Yes, ma’am, that would help me.”

“No problem, Mr. Tinsley, they’ll be right up.”

C. C. walked up the stairs to his hotel room. He placed his hat and trenchcoat on the coat rack. He flopped down on the bed as he waited for the towels to come out. He heard a knock at the door and assumed they were the towels. When he sat up to answer the door, a letter slid underneath the door. He made a face of confusion and stood up to grab the letter. Written on the envelope was:

He looked around. No one else should have known he was there other than the lady up front and two of the police officers. He grabbed his key and cut open the letter when another knock came at the door. He answered it and happily grabbed the towels, quietly thanking the maid. He set the towels down and began to run his shower. As he waited for the water, he opened the envelope. It had a map and a letter that read:

“I have been noticing your nosy nature in this murder case, and I would like to provide aid to you. Now, you may be wondering who the hell I am. To answer your question, I am an ally you should be wary of. A friend you should not trust. A con man who wants to help.

“Now, you may be wondering why I care. I care because I like detectives. You, I believe, are a detective. Therefore, I like you. Now, I wish for you to meet me at the destination on the map. I have useful information for you.

“You, of course, do not have to join me. But if you don’t, I know that you will not be able to solve this murder. I guarantee it. Plus, meeting me before 10 pm tomorrow would be best.

C. C. stared at the letter. He eventually took his shower, and as he stood within the chamber, he thought of the letter. When he exited the shower, he pulled on a tank top and some baggy pants. He flopped down on his bed. When he woke up, he buttoned up a white shirt. He put on a pair of blue jeans and he pulled on his dried trench coat. He walked downstairs, said his greetings to Ms. Rubin, and left to the precinct. After a few hours arguing with the other detectives and getting some work done, he retreated back to the hotel.

He stopped in his tracks, and leaned on the desk she sat behind.

“...Have you ever received any odd or vague letters?”

He walked up to his room and sighed as his back hit the door. He stood there for about a minute before he stood fully, pulling off his trenchcoat, and he looked back at the map. At about 9 pm, he left his room pulling on his trenchcoat, walked down to the lobby, said his goodbyes, and began his trek to the destination the letter provided. When he arrived, he looked around. He was on the roof of an office building. He noted the building was taller than his hotel, as he didn’t trust this man.

He turned around to see a man shadowed.

“That would spoil the surprise! Who I am, is not needed, but who you are! That is indeed needed.”

“What do you want with me?”

“I like cops. Detectives, especially. They’re so smart. You’re smarter than most.”

“Show me your face.”

“But that’s the only logical explanation.”

“Don’t worry, I’ll send a friend of mine to your hotel room.”

“But you don’t know where I live-”

“I know everything I need to know about you, Detective Tinsley, how else would I be able to send you the letter?”

C. C. thought about this for a while, before resigning his position and settled on sighed again. He stood up straight and watched as the man walked to the edge of a building.

“I shall see you soon after you solve this crime, Detective Tinsley.”

The man then jumped from the roof, and C. C. ran to the side to see that he had mysteriously disappeared. He groaned and swore when he retreated back to his hotel room. When he entered the lobby, Ms. Rubin looked up.

“There is a woman waiting outside your door, sir.”

C. C. was mildly creeped out. When he got up to his room, he saw a woman standing outside. She was holding a cigarette, and she smiled at him when she noticed he was there.

“Are you going to tell me your name?”

She handed him an envelope. When he took it, she left, and he gave her a face. 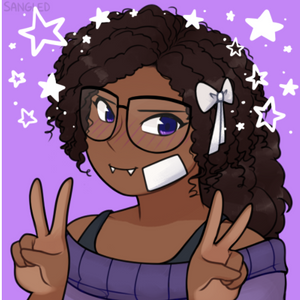 C. C. gets a strange letter and see where it leads him. Biggest. Mistake. Ever 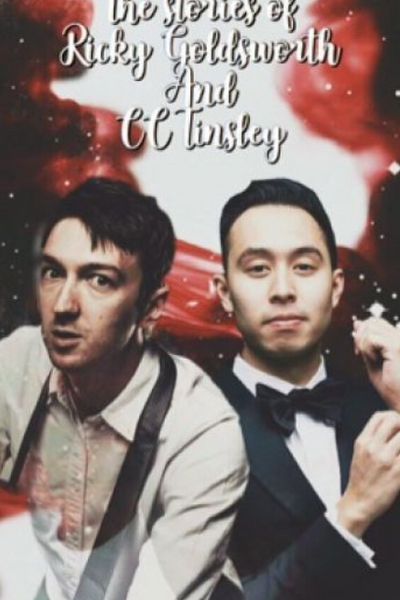 Follow the stories of the BuzzFeed Unsolved Cinematic Universe.

In the 20s, Ricky Goldsworth and his best friend, Francesca Norris, and C. C. Tinsley, his new ally, deal with Dr. Fear and murder cases.

In the 50s, meet "Night Night" Bergara, a murderer who becomes friends with "Legs" Madej and his friend, Banjo McClintock. They have to avoid Detective Sydney Finn.

In the 90s, all of these people travel to the same place and meet Holly Horsely, a writer, and The Mayor who need to see them before something catastrophic happens.
Subscribe 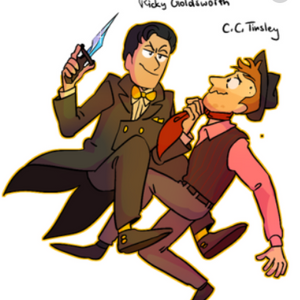