A man walks along a street on his way to somewhere unimportant. He is reading the local newspaper when he notices there is only one woman in the missing persons section, the same woman who has been there for months now. He never knew her personally but he worked with her before her sudden disappearance and would recognize her if he saw her. He flips to the next page to get to an article about with his son. There is a photo with his son being held up high by the high school football team. His son is the quarterback and they had just sealed their spot in the playoffs for the first time in the history of that high school. The man looks away for a second when out of the corner of his eye he sees a sign. The sign is staked into the ground outside of a new red brick town home and it reads: "There is a person in the basement of this house and they can not leave, but if you go inside you can take their place."

The man grows more and more curious as he walks up to the door. The door is surprisingly not only unlocked, but slightly open. Before stepping into the house he looks at his watch to make sure has plenty of time to explore this place and what is going on. He walks into the house more cautiously than before and begins to wonder to himself out loud: "why am I walking into some random persons house just because of a sign." The house looks like a normal town home, as the man walks around the house looking for the basement door he notices how looks completely unlived in. There are no dishes, nothing in the cabinets, nothing in the living room, not even carpet or tile on the floors. Almost as if the house was just built, except there was a thick layer of dust on everything. He checks his cell phone and he has plenty of battery life left, “I’ll go check out the basement then call the police” he says in a loud whisper to himself as he puts his phone back in his pocket.

Upon finding the basement door he is confused at the lack of stairs, it’s just a long corridor with a long gradual ramp with no end in sight. He continues to walk down the corridor warily when suddenly the light disappears. He then begins to feel along the wall as he goes to be sure he doesn’t bump into anything. He looks back after several minutes of walking and finds that he cannot see the basement door any longer and the dim lighting that was once in the distance is now gone. however, Before him there is a turn in the corridor, and a bright flickering white light illuminates it slightly. He can now see that the the ramp turns left then down but he cannot see what is beyond yet.

He slowly shuffles his feet toward the turn when something hits his feet and there is a light metal clang. He looks down to see a pair of wire frame glasses, he slowly reaches out and picks them up to inspect them. Instantly he recognizes that they are his close friend’s glasses. The wire frames appear to be mangled and the lenses are cracked. The man breaks into a cold sweat and runs back up the ramp at full speed, in a panic to get back to the door. He shortly runs out of breath and stops. Leaning against the wall for support while breathing heavily he now begins to look around confused as the door is not anywhere to be seen. He stands up, then wipes sweat off of his forehead with the back of his hand and hesitantly reaches forward. Reaching out slowly in the darkness his hand eventually meets a wall. He looks back to find he is still at the turn, then looks downwards and the broken glasses are still on the floor right at his feet. He checks his phone only to find he has no signal, his hands begin shaking and sweating and as he turns the corner he drops his phone, as it hits the ground he can hear it the breaking of the glass screen.

He enters a large dark, damp room full of boxes and old furniture cover with cobwebs and dust a and in the middle there is rocking chair. he watches for a second and sees that it is slowly rocking back and forth and an old tube back television with nothing but static on the screen. As he approaches the chair he notices there is a woman in the chair staring at the television and that the television is not plugged in. He says out loud to himself "Is this the woman from the missing persons section in the newspaper? But she looks older." Her hair was snow white and her face looked aged and tired. He goes to his newspaper to compare her to the picture in the missing persons section but he stops when something peculiar happens. He begins to hear a low pitch electronic humming sound coming from the television,and when he looks over he can suddenly no longer move. The woman starts panicking and yelling about something that he cannot make out, not that he cares. He is more interested in the humming coming from the TV, which is drowning her voice out. She even stands up and shakes him but it doesn't phase him. He is more interested in the TV and why it is humming. His body begins moving on his own and he sits in the chair and the humming stops and the last thing he hears before blacking out is the slam of a distant door. 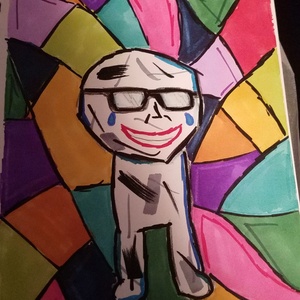 Thank you to my assistant writer/editor Bee Sen.

A woman who has disappeared for months has finally been found and freed, but only at a cost... 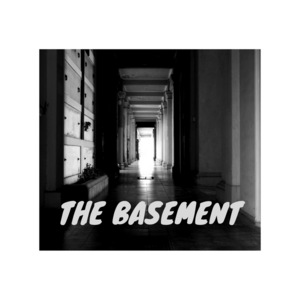 A short story series, if it picks up interest then I continue a series of short stories about all the things we fear in the basement.
Subscribe 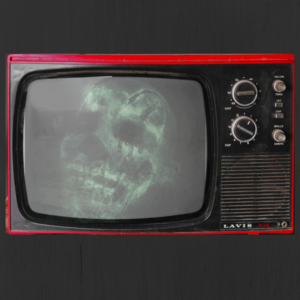