The Book of Stories: A Daughter listening to her Father's Tales

“I have a wonderful story for you today, my dear. It is not about demons or angels, nor about Gods or demi-gods. It is a love story between a lonely boy and his rock.”

“Father, how does a boy come to love a rock?”

“Patience, my dear, patience. Once you have listened to the story, you can ask me all you want.”

The little girl nods again as she dips a biscuit into the hot milk.

“Let us begin then, once upon a time…”

Once upon a time, in a far-off land, a boy by the name of Damian stared into the nightly abyss every single day to soothe the pain within. The glass window through which he would stare was always stained with tears and his humongous empty house accentuated his loneliness. His parents were nowhere near for they were attending important business and they had left him to his own devices. Empty fearful days passed and Damian, the poor lonely boy, was still waiting for a pleasant surprise to jump at him out of nowhere. “Hello?” he said into the abyss, “Hello?” he repeated as if he saw past the eternal night with his tear-filled eyes. With the sleeve of his pink blouse, Damian wiped the tears off his face and went to bed, uttering a phrase that remained with him for a long time after that, “I am done waiting.”

The next day, as the Sun rose high and mighty over the land, Damian got a bag from his storage room and filled it with broccoli, “I am done waiting.” he uttered confidently as he left his house in a hurry. Over hills and under blossoming trees he ventured, seeking the surprise that he had been waiting for all of this time, eating the broccoli to keep on going, sleeping near the rivers to not let any tear go to waste. After many days filled with hardship, he found his luck, he found a four-leaf clover on the sunny side of a hill, for this hill was like no other. “What is so special about this hill?” the boy wondered, asking the sky for guidance. The sky cracked in four and a weary voice penetrated into the world below, “The hill moves with the Sun, place the clover on its dark side and it shall guide you to what you seek, that is the design of this unique natural construct.”  Damian nodded and crossed the line between darkness and light, every step within the hill’s shadow freezing his bones and cracking his flesh. Alas, as he put the clover in the middle of the hill’s shadow. His injuries treated themselves and a cloud in the sky in the form of an arrow appeared, pointing northward towards the peaks of snowy mountains. The boy gazed at the peaks with his mouth agape for this was his first time experiencing such a view.

The closer he got to the mountains, the more difficult the task seemed to him and, yet, he could not go back, he could not abandon this quest for which he sacrificed so much. He could not go back to staring into the abyss, waiting for a surprise that would never realistically arrive, “I am done waiting.” he uttered, climbing higher and higher, into colder and dangerous zones fit only for the feet of a God. His feet froze and snow covered every visible inch of his body. His bag became ten times heavier and his breath turned to ice upon exiting his mouth. His eyes and hair turned white as the snow itself and, yet, he went on, with only one purpose in mind and with only one phrase to keep him going, “I am done waiting.” Upon the highest peak of the highest mountain, perfectly balanced, he found a rock. The sky split in four and a weary voice penetrated into his reality, “Well done, Damian! You have found what you sought! Bring it back and happiness will enter your lonely house!”

His eyes shone with a reddish hue and his arms moved as if he had not been frozen by the viciously cold winds of the mountains. Damian took the sock off of his left foot and placed the rock inside, he then carried it with him down the snow-filled mountains, past the deep rivers and through the blossoming forests, back to his house. Night came shortly after, with the abyss beyond that window right after it. However, this time, Damian did not stare into the abyss, he did not even glance at it as he put his rock next to the broom inside his room and went to sleep. He did not cry during his slumber, nor did he shiver as he once did, but his hair did remain white and his eyes continued to bear the same reddish hue as earlier. The Abyss stared into his room from that window, waiting for the boy to stare back at it with tears in his eyes. “Where is he?” the Abyss echoed, “Where is my prince charming with shining crystals that ride from his eyes down onto his cheeks?” Taking on a female shape, the Abyss approached the closed window and looked within, “I see you, my prince. I missed you dearly, my prince. I thought I would never see you again, but you came back for me, my prince. Oh, but what is that, my prince? I know every nook and cranny of your house and yet I have never seen that rock, my prince. Who is that rock, my prince? What kind of interactions do you have with it, my prince? That broom next to her is only a friend of yours, my prince, but…the rock…Could it be more than a friend to you, my forever prince?” The Abyss knocked on his window and hid among the bushes, out of sight.

Damian woke up from his wish-fulfilling dream and curiously opened the window. As he did, the Abyss climbed inside his room like a shadow that enters uninvited or like a gust of wind that blows unhindered and hid in the rock. The boy did not notice the atmosphere that seemed to shift from one of silence to one of gloom and closed the window, sealing it shut, then went back to sleep. The next day, unbeknownst to Damian, the Abyss remained inside the rock for sunlight would extinguish it. The boy took the rock gently and placed it on a table nearby. He then got a marker and drew on the rock two dark eyes and a wholesome smile. “I am done waiting.” he uttered, adding dark freckles to the rock’s cheeks, “Your name shall be Alice. I am done waiting for you, Alice.” he continued, whispering to Alice. The Abyss blushed and giggled within, the engulfing essence of darkness out of which it was made slowly turning itself brightly pink, then red and, finally, dark again. The day went by faster than usual for Damian for now his frown had been turned upside down by the newly acquired friend, Alice. For the Abyss, the day went slower than usual for Damian’s smile shone brighter than the blinding sunlight which kills shadows and darkness. The Abyss could not be happier, or that is what it thought. That night, as the boy went to bed, he gave Alice a kiss and put her next to the broom on a cushion.

“My sweet prince! May your dreams be as sweet as your heart!” uttered the Abyss, its imaginary heart pulsating with vicious vibrations and its star-like tears making their way like comets past its cheeks. The unimaginable happiness within the Abyss which sprung from that kiss could not be contained within the material limitations of Alice anymore and her form deformed into one of a female, the rocky substance on the surface engulfing the Abyss’ female form entirely. A beautiful concoction made out of the pure dark essence and reality had sprung behind Damian without making any sound but a faint and restrained heartbeat that seemed to have more similarities with the pulsating rotation of a neutron star. “My prince?” uttered Alice through the Abyss, her dark eyes emanating the same comet-tears from earlier, which dare travel in-between her freckles, “My prince will be able to finally see me…acknowledge me…”. The Abyss calmed itself with heavy imaginary breaths and slept near the broom as if Alice had transformed overnight. Damian woke up the next day finding not the rock that he had kissed but a girl with the same eyes, smile and freckles as Alice. His eyes were then drawn to her stony skin and her long cosmic hair, flowing and moving as if a permanent northern wind was blowing it. “Alice?” he voiced shyly, “Is that you?” Alice awakened and looked at him with that smile, “It is me, Damian.”

Due to the word limitations of the site, I could not publish all of the story. Thus, I am splitting it in half. Part II will include the ending of the story along with the poem I made and after which this story was created and concept art for the characters as I envisioned them when making the story. Wonderful! A story full of meanings! I read it with my eyes and my soul. A very deep story, for those who understand! 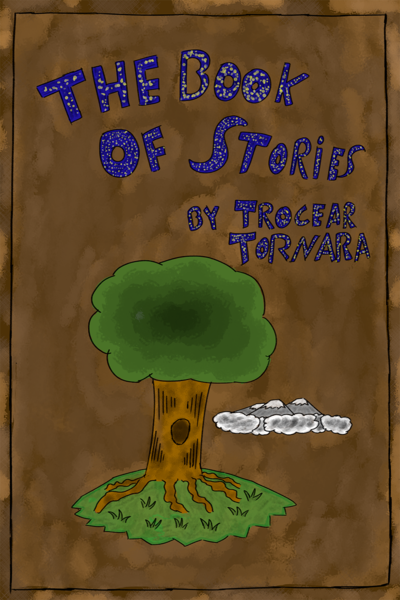 The Book of Stories: A Daughter listening to her Father's Tales

In a town full of hustle and bustle, a house made out of the finest stone secretly sits in the outskirts. The fire inside the firebox of the chimney is cozy and ready to listen to a relaxing story. By the fire, an old man with a long beard and dressed in pink pajamas holds a big brown book in his hands as he sits in a comfortable armchair. His little adopted daughter, wearing blue pajamas, is also next to the fireplace, sitting on a white fur carpet, parallel to the armchair, and enjoying a warm cup of milk and some chocolate biscuits. “Are you ready for a story?” the old man utters, flipping the old pages of the book with great care. The little girl takes a bite out of a biscuit and nods with her mouth full.
Subscribe 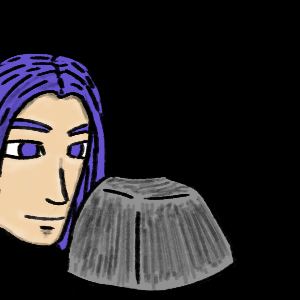