The Chronicles of Kelor; Book One, The Boy Alpha

I knew I was going to be late. It's funny how parents tend to give so many orders to their children but offer little time for those very same orders to be carried out.

I quicken my pace and the drumming echoes of my footsteps bounce off the grey stone walls of the castle corridor. The echoes grow louder and louder by the second, and I catch the attention of a Castle Guard standing near one of the pillars. I don't recognize his face, but the flaming-glare he throws my way sends my spirit into a fighting stance. His eyes are cloudy and swollen.

Must be one of those pure-breed lunatics and a drunk one at that.

I hold his gaze, hoping he will make this easy, but he doesn't back down. When I get a little closer I let my eyes glow red. He slowly lowers his gaze like a piece of paper sinking to the bottom of a lake. I can’t help but grin as I hurry along the corridor.

Royalty, the only thing that shields me from any actual harm. That, and the fact that I am their next Alpha. The red glow in my eyes lets them know that the ancients have chosen me, the illegitimate son of their king, to be the heir to the throne and I wield this truth like a sword and use it at every opportunity that my enemies give me. My enemies are everywhere, even in my home, and I have double the number my father has. He is a pure-blood, and therefore he doesn’t have to deal with those pure-blood fanatics like I do. And, as if fate were adding insult to injury, there are those who wish to harm me simply because I am a prince.

Taking the next corner, I see the door that leads into the council room. It has a large and daunting frame made from stone, decorated and engineered by the very best artisans in the pack. The door is one of the few reminders of the Continental War, a war that gave my great grandfather reason to exaggerate the castle’s fortifications. It meant that only a few creatures could walk in and out of the castle. Humans and elves would have a hard time opening and closing doors, let alone entering the castle grounds, but vampires and orcs were our key problem. The Fairies have been our allies for generations and so there was no need to worry about them landing on our balconies. They, in fact, have a special landing area near the castle’s gardens. In these peaceful times, it’s almost hard to imagine that the five nations of Kelor had fought against each other, only to be brought together against one common enemy, the Orcs. Creatures that wanted nothing but war and ruin.

I approach the door and place a hand on one of the handles and open it gently, trying not to make a sound. I spend my effort in vain as the hinges creak and the echo reverberates off the walls, making everyone within the corridor know that someone is opening the council door and those within the council room, aware that someone is shamefully late. I step into the room, heat stirring the blood in the sides of my face, and turn to close the door. I take some time to compose myself before committing my face to the council, which at present comprises my older half-brother, Valark, the Army Commander, Gunther, and the King, our Alpha.

Seems the queen and the Royal Advisor will also be late to this meeting.

The halfling prince walks into the council room. His curly black hair and dark grey eyes are the only traits he shares with the king. A golden circle with claw marks carved into its design sits on his left shoulder, holding his cloak in place. It disgusts me that my friend has to be related to this filthy thing and that the pride of our people sits on a halfling’s shoulders.

“Hello, Gunther.” His response angers me. I stand up slowly, maintaining my gaze on this halfling.

“Only when you learn to address me as Prince Deven.”

“Enough!” the king’s deep, low voice thunders in the room. “Must my ears bleed whenever you two are near me?” Turning his attention to me, he says, “Continue with your report, Gunther.”

I tear my attention away from the halfling and remain upright as I focus on my king and my friend. The one and only man in this room worthy of my respect. I take a deep breath and try to remember where I ended. The halfling sits across the table from me, but I don’t need to see him to know where he is. His human scent is worse than horse dung, making it very hard for me to ignore his presence.

“As I was saying, my lord. There have been rumours of human-like creatures carrying out raids along our borders. So far, only two towns along the south-eastern border, near the humans' territory, have been targeted. The few survivors say that the human-like creatures had black eyes, and claws. They had no swords or any weapon of any kind and they attacked in the middle of the night. I propose we send out a small force to each of the remaining three towns near that area.”

“When did the raids happen?” the King asks.

“And what was taken?”

“Nothing, my lord. Nothing apart from the lives of our own.”

“Gunther, you said raiders. This doesn't sound like the work of raiders, but monsters. How many of those creatures did we kill?”

“So far, the reports claim that we didn’t kill any of them.” The king stared at me in unbelief. I too had been struck with doubts when I first heard the reports, but until I see it for myself, I will just have to relay the message as I received it. “I know the news is hard to believe, my lord, but that is what I was told.”

“My men couldn’t find any traces of human flesh or bones, my lord.”

“I doubt that these black-eyed creatures have nothing to do with the humans we know. What has the human ambassador said of this?”

“I haven’t spoken to him yet, my lord. I was hoping to meet with him after I called this council.”

“Commander! Leave the human ambassador to me. I want you to investigate this strange event, but first visit the remaining three towns and double the patrols within them. Encourage our kind and see to their needs for the coming winter. Then proceed to the two towns you have spoken of and find out what you can. Also, increase our border defences.”

“Won’t that aggravate the humans, my lord?” Deven asks.

The halfling speaks as though he is worried about the humans.

The king looks at his son and speaks calmly, “Better to be prepared than to be caught unaware.” He returns his attention to me. “Take my sons with you.”

One new member in an army is bad enough, but two of them are a nightmare.I start to speak but realise that this might be an opportunity to get rid of that halfling if I play things well. “As you wish, my lord. We will leave immediately.”

Turning to the princes, the king says, “My sons, take this as an opportunity not to practice what you've learnt in your combat training, but to learn something new. Master your emotions and scout the unknown enemy. Learn all you can from our army commander. And Gunther, one more thing!” He trains his focus on me once again, but this time with an icy glare. “Where you go, they go as well. Is that understood?”

Just as my father, the king, is about to end the meeting, the doors swing open. The Queen and the Royal Advisor quickly walk in with the latter taking great care to make sure the doors are closed behind them. The queen’s sleeveless, long dress swipes the floor around her feet as she glides towards us with ghost-like footsteps. She looks at her husband and gracefully lowers her head and brings it up again as a greeting. The king does the same, as graceful as a stocky, heavily bearded man can. She repeats that motion to me, then Valark and lastly to the commander. Scott, the Royal Advisor, appears beside her. The two of them together paint the picture of a short child standing next to his tall mother. He bows once and we all give him the same greeting we did with the queen.

“My lord,” Scott says once he’s upright. His thunderous voice rivalled that of the king, though his demeanour was that of a child caught in the act of doing something wrong. “Forgive us for being late, but there was a report that we had to honstly verify before bringing it to the council.”

“I trust it was urgent?”

“Our spies have just confirmed that the vampires have signed a treaty with the humans. They call it a Blood treaty.”

This day keeps getting better and better.

“And what are the details of this Blood Treaty?” the King asks.

“Honestly, my lord, we know very little at the moment. The little that we know suggests that the humans are trading blood for protection.” 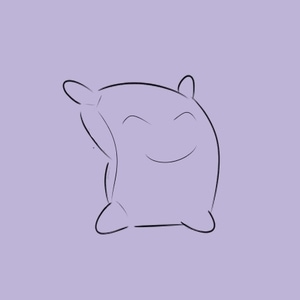 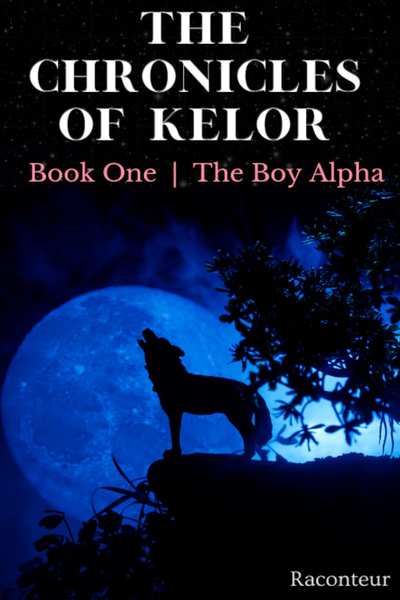 The Chronicles of Kelor; Book One, The Boy Alpha

Peace has finally come to Kelor but not all is as it seems. Deven, the illegitimate son of the current Alpha, a half-blood and the pack's Beta, has to fight a new threat to the continent of Kelor and in the midst of the struggle, he has to chose between marrying for the sake of his heart or for the game of politics.

Sif the leader of the Vikings has had to flee her homeland, leaving her family and some of her people behind. The journey over the ocean has been plagued with death and mutiny. Finally, she arrives on a new continent with a few of her followers. Now she has time to mourn her dead. Now she can build and start again. Or can she? What dangers await her and her people, here in Kelor?
Subscribe 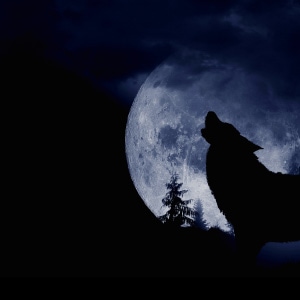