Taking in a deep, shuddering breath, the coolness of the air entered her lungs sharply. In response, a wracking cough shook her body, barely shifting the weight of the massive debris pinning her to the ground.

Her body felt numb and cold with the weight.

Dust danced around her face like ballerinas from the disturbance, and then receded behind the curtains of darkness as she quieted.

Blinking her bloodshot eyes, her vision wavered before her. Minimal light was available, and the tiny space around her head was occupied with wood and stone.

She felt disoriented. Where was she? The last thing she could remember was her father shouting something across the throne room, and then a shrill noise piercing her ears.

Vaguely recalling a sort of explosion, her chest clenched. How long ago was that?

Pain, as a silent dragon, coiled in her right shoulder. It raked its burning claws down each of her arms, and slashed its tail across her lower back. Her legs fared much better, as only a steady pressure rendered them immovable.

A lonely tear slid down her cheek as she blindly wondered if these would be her last memories. Pondering for only a moment, her thoughts shattered as a muffled yell sounded from above her.

“Check out this crazy crown I found, Gar!”

She quieted her breathing. The voices above her had an odd accent; one she had only heard from travelers and foreign diplomats.

They might be part of the group responsible for the attack on her home.

Even though her lungs, arms, shoulder, and every part of her being screamed for her to yell out—she fought it. It would be suicide.

“You should pry out the gems in it. Check out this sword—it’s even got a snake on it!”

“Where did you find that?!”

“It was in this dead guy’s hand. Not like he’ll need it.”

Biting her lip, she fought back a sob.

Her father’s sword is in the hands of barbarians. Her crown dismantled for petty cash. The whole kingdom must have fallen, if this was her reality. How had she even survived?

A throaty yell echoed from somewhere, but she couldn’t make out what was said. Regardless, she heard heavy movement leaving the space near her.

Silence fell upon her once more.

With the stillness, she could make out loud noises deeper in the castle. The vibrations shook the rocks around her, and fear took her heart for a moment.

Lady luck had abandoned her, as a rock slid heavily onto her left leg. The cutting edge of the stone drove into her thigh, and she had to cut off a cry midway in her throat.

Her heart pounded in her chest as fear flooded her body stronger than before. With this fear, an old memory resurfaced.

“Shavira, patience is necessary in every battle. A quiet calm is more threatening than a thundering storm. In the thunder, you can size your opponent up. In the quiet, anything can happen.”

“But the warriors have battle cries! I want to scream, too!”

“Yes, and they fight like bears. You are not a bear; my love, you are an elegant cobra. We strike with ferocity and accuracy. But this is all possible because we are silent.”

She gritted her teeth, as angry tears marched down her face. Regret, floods of regret, filled her chest. How she wished she had been better to her father!

Her forehead found rest against a smooth stone to her right. It pinched her arm a bit, but she followed her father’s words. Silence.

Biding her time, she listened hard for sounds of the men. They were a noisy lot, sometimes shouting at one another, sometimes crashing or breaking things. Idly, she pondered whether they were smart enough to have led the attack. She refused to believe her nation would have fallen at the hands of idiots.

When the light no longer illuminated her tiny space, and the echoes of sound had been long gone, she steeled her will. Deep down, a fire slowly took flame. This flame dried her tears, and consoled her heart. It spread through her blood, boiling it, ebbing the pain away.

She would escape this pile of rubble, grief and pain. Memorizing the taste of gravel and tears, this would be her elixir for strength.

By the darkness of this pit, she vowed to rise again.

Then, she would strike. 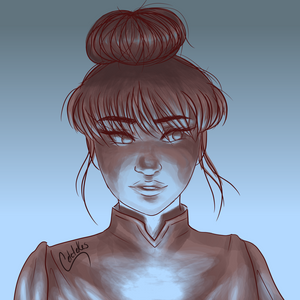 Took a second, but she found her inner drive again! 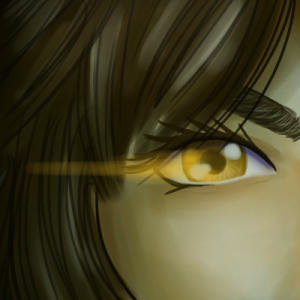 Shavira awakes after the total destruction of her father's kingdom to a nightmare. She's trapped, wounded and utterly alone in the world. Instead of feeling sorry for herself, she vows to take revenge and build some sort of life.

Wild monsters have started appearing throughout the nation, no longer held back by her family's power. For her safety, Shavira must pose as a man and join a band of raiders to even hope for survival. Despite the raiders accepting her, they have strict rules of their own...

As she explores the world with this unorthodox band of people, Shavira quickly realizes there may be more forces at play than she originally thought. Join Shavira on this twisting journey to unravel the truth, right wrongs and maybe find happiness once again.
Subscribe 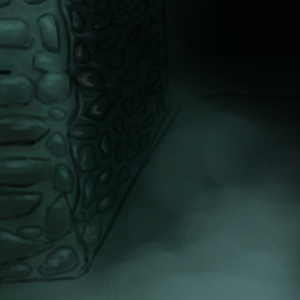