The Crown of Blood

The ice flakes brush my skin as I almost float across the courtyard of the castle, during the alluring winter of Rome, the world feels surreal, beautiful specks of light reflect off the white blanket of snow caused by the moon. My feet land firmly and powerful onto the covered stone pavement. More snow shadowing the elegant architecture of the ancient villa. The villa is on one of the highest peaks of Rome, far from the city, enough to look over most of the civilisation.

I turn away from the glowing city and back towards my task, killing the sheep. I leap onto the balcony area that surrounds the courtyard garden, my jumps are fast and precise, making no sounds when I land. I see four guards on each post, the house is shaped like a U, so all positions of the terrace are guarded. Will not be an issue though. I whirl to the first one I see and break his neck from behind in one swift movement. The spear in his hand almost clangs to the stone before I grip it swiftly. The one to my right turns his head toward me, almost as if he heard the soft crack of the mans cervical. But I’m gone. And I’m Infront of him in an instant before he can even turn his head my hand is gripping his arm and snapping it like a twig, while my other hand flies to his mouth to cover the scream. I look into his eyes and almost roar with satisfaction, his body trembles with pain, I jam my hand into his ribs and hear a crack, his lungs have been pierced and he will suffocate in seconds.

I look to the other two centuries posted, they sense somethings amiss, but they do not move, remaining where they’re standing. Often turning heads to pear out into the dark. I continue my slaughter with the third, he stands some paces away from the fourth, I face him from behind, grabbing his back and bending beneath my arm hook is easy, almost second nature to the combat technique that’s been drilled into me, as one of the easiest ways to paralyse an opponent but for humans, it’s a death sentence. After the crack sounds through my ears, I dash to the fourth in a split moment pushing my hand right through his skin and out his chest to the other side, I pull my hand back out slowly and the body falls silently to the terrace. Blood drips from my hand in slow streams. I turn back towards where I originally landed. There is a grand entrance going out onto the balcony, the glass doors are sealed tight, but with an easy tug it flies open. Walking inside, my eyes fall into the dark, but my eyes adjust quickly and I can see as if it was bright as day light. The hall that leads to the balcony is immaculate. Decorated with beautiful landscape paintings and perfectly shaped clay statues on polished wooden end tables. The owner of this villa is a general in Rome’s forces, he needs to be assassinated in order to bring back peace to the mortal balance. There is a careful peace between the vampire clans and the mortal government, we take the weak prey of society and they send us people who threaten their positions of power. How does anyone think most of these political figures get so powerful?

There is always an immortal behind the scenes pulling the strings.

I continue my quiet steps down the hall, checking every room with a silent peak of the door, most are empty bedrooms, but occasionally I will find someone sleeping under the covers, I would drink my fill tonight if I wished, but my only task is to kill the guards that get in my way and the general.

I come across another grand door, this one leads to a war room, commonly used to plot military tactics, how convenient that a soft breathing comes from the other side of the door. The general is of course in the war room. Obviously planning whatever tactic to seize power, I have no idea what his plans are or will be, but those “plans” are not good for whoever ordered his head on a silver platter. I am just a blade; I don’t care who wields me.

I open the door with a casual pace, no longer caring if he hears the creak of it, his guards closest to him are dead and he has nowhere to go when I close the door behind me and snap the knobs off both handles.

He turns to me in a flash of steel, his sword sparkling in the candlelight.

“What is the meaning of this! Who allowed you into my hou-“before he can continue I’ve crossed the room in a blur and my hand grips his throat, his sword is in my hand in seconds “Speak again little man and I’ll tear out your throat” I exclaim softly.

He is a plump man, a big gut, neck roles of fat to count and a balding head that can be reflected off by sunlight.

He manages a nod and let my grip slip an inch, “Now, I’m going to let go of you now and if you make a peep without me asking you to speak, I will drop you where you stand without a second thought, Understood?” I say eyebrows raised in question.

He manages another nod and I let go softly, I reach for a chair in the corner and bring it Infront of him, he goes to sit but I shove him back “Not for you calf” I say, “Could do you some good to stand”

I sit down, and think about my first question, “Why are you plotting against Senator Valcious and what did you planned to overthrow?

He looks at me in questioning, standing there clutching his arm like a scared child.

“There is a war coming like no other girl and overthrowing that Senator’s point of power gives me everything I need to stop it” he says nervously. I give him a glare, he’s lying, there is no war coming, the mortal emperor would have told the vampire clans before he told his own people. He sees the confusion in my face and elaborates.

“I know what you are girl, and I know what we truly serve in this holy empire, the people may not know, not even the soldiers, but I know. I know there are beasts who take the form of humans and women that can weave deadly magic that could tear us to shreds in moments” he says, catching his breath, he is still clearly pissing his pants if he knows what I am.

“Well, if you know what I am, then you know exactly what I can do” my fangs lengthen, and my pupils turn red. He jumps back, almost as if he’s been hit in the chest.

I shove down the beast inside and my human appearance returns, a strange comfort returns back into his petrified features.

“What do you mean a war? We haven’t had a war between supernatural’s in an age. Even before you were a tingle in your ancestors’ balls”

He shakes his head, “You immortals are so blind in your own goals that you have no idea what grows on around you” I stand, and he steps back a step.

He brings his posture up like a steel rod.

“There are hunters, supernatural hunters. Forming a group, I’ve heard they’re the beasts of the moon, and the witches, they have allied with each other to bring down the corruption in Rome and destroy all the vampires”

My body tenses, witches and werewolves together? But why? It can’t be to just destroy vampires or the empire. It’s more than that, they have never been bound together in all the ages I’ve lived.

“You still haven’t answered one of my questions” I turn back towards him.

“Why were you wanting to stop the war? Wiping out the vampires is probably one of the smartest things this empire should do? We take all your slaves, we kill your heirs, and we destroy everything we touch, if it weren’t for us, your people would probably be the most dangerous force in the world”

He pales, he’s hiding something. He gave me all this information too fast, although he probably knows I could just use mind compulsion to get it out of him.

I blur Infront of him, pushing my fist into his rib cage this time.

“Okay! One of your people said that If I do take position of senator and warn the Emperor, they would make me one of you!” I push my fist in further, his ribs protesting “A vampire!” he squeals out.

He’s not lying but to be sure I use my mind to push through his eyes and grip his subconscious, I have a tight hold of command.

“Is everything you’ve told me tonight true and nothing but the truth?” I ask softly.

“Yeesss” he murmurs, all emotions and consciousness gone.

“Poate moartea să te ia” (May death take you) I mumble quietly as I tug his head off his body with one swift jerk. 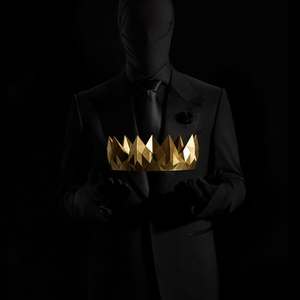 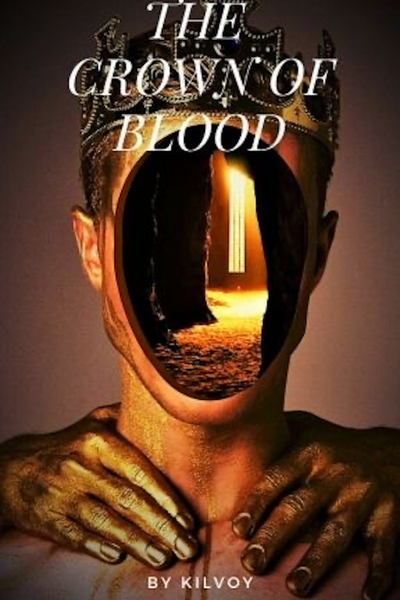 The Crown of Blood

The time is set in the 1800’s, the city is Romania. The main character Cecilia is a powerful vampire who lives with her clan in the ancient city, she spends most of her free time as an immortal studying alchemy and different cultural languages. Along with her assistant Natalie, a witch with a gift for the arts of magic. The story revolves around Cecilia pushing her way to the top of her vampire coven, she has one goal in mind and that is to make her way to the seat of council the ancient vampire clan, Dragun, so closely protects. They only pick the most trusted and tested members of the clan, taking even a millennium to choose a candidate, Cecilia has finally gotten the elders attention. She has been given a chance to participate in a deadly mission that will test her very survival skills.
Cecilia must penetrate the supernatural hunters order to get to the deadliest commander of the mortal world. Using the witch magic in her blood to hide her vampire scent and features, Cecilia is the only immortal in the clan that can do the mission, this will prove how far she will go to get what she wants, to become the most powerful leader in the supernatural world, but Cecilia is hiding one thing, she is not who she says she is, not just to the hunters, but to her friends, her clan and everyone she loves in this dangerous century. The elders believe that Cecilia will be put a lamb among wolves when she enters the supernatural hunter’s den, but little do they realise, she’s not a lamb or a wolf. She is a Lion, and a lion never gives up her prey. 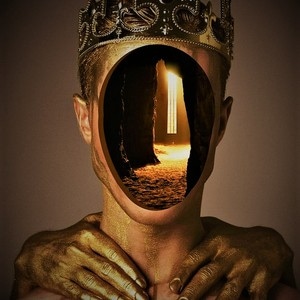