The wheels softly rumbled along the rails. Crackles of thunder hummed to pearls of water falling off the train before crashing into the cracked desolate land below. The shifting of the carriages swayed like a crib lulling its passenger to sleep. The thunder reached out once more, illuminating him for a moment.

A boy was curled up with his legs crossing the border to the seat next to him. He slept silently in the warm carriage accompanied by the rain into a never-ending slumber.

He had covered himself in a blanket that had the same warm red colour as the rest of the carriage. His cheek was stuck to the headrest of the chair. The cushion’s soft surface was slightly curved so he could lie sideways. His face was hidden by an equally furry and red military cap that seemed more like a fluffy teddy than a hat. The black visor with a cushioned fluffy exterior covered his mouth.

The lightning would quickly come and go illuminating the rotting ruins outside the window before draping the boy back in darkness as it left. The soft sounds of the train brought tranquillity to the passenger. The cosy red seats appreciated the full blow of his face whenever the train went through the rough bumps. His face moving up and down ever so slightly held to the chair by his cheek.

The train started to slow down. Soft high pitched tones played as the sound of steam escaping took over. Slowly but surely the train came to a smooth stop. Clack. A high-pitched hum awakened the train accompanied by the sliding of the door. Heavy wet footsteps arrived. Soon the door slid back into place fitting back into the side of the carriage with a click.

Steam escaped the train once again, the wheels began their melody. The thunder returned to greet the passenger but it wasn't the only one. Under the peaceful sounds of rain, the floor started to creak.

The sounds of shoe, metal, and the slightly higher pitch of a sliding door echoed through the train. They drew nearer and nearer to the sleeping passenger. The beads of rain knocked on the train roof as the wheels slid across the rails. The huff of pink air coming from the door announced their arrival. It slid open slowly with a silent squeak. With a click appeared dim and gloomy light that loosely spread out across the carriage.

One thud after another they cautiously moved forward until a shadow cast itself over the sleeping passenger. It hesitated for a moment and looked around. A muffled honk could be heard from outside the train and a strange bell played its tones warping to the doppler effect.

After a moment of waiting, they moved in, slowly bending forward.

“WA- GAH WOAH! AH! Who? Oh? Ok!” The stranger had touched the passenger on the shoulder to wake him up. The startled boy woke up with a jolt causing his hat to start sliding down his face before wedging itself on his nose. He’d also shifted his cheek that was stuck to his headrest, unleashing a string of saliva that he quickly wiped off his face with the fluffy red sleeve of his dressing gown. He immediately fixed his hat onto the crown of his head allowing a blood-red eye to peek at the stranger for a moment.

“Oh, hum sorry for waking you up?” said the stranger concerned.

“Don’t worry, I’ll forgive you since I’m not really awake anyway.” He said getting up and straightening himself out and covering an alarmingly stupid amount of badges stuck to the breast pocket of his pyjamas.

“So how can I help you?” he asked from beneath his visor while tightening the knot of his dressing gown

“Right. There are no announcements for the stations we reach and no explanation of the order of the stations. I’m pretty sure that I should get off in 9 stops but I’m not so sure anymore. Could you help me?”

“Oh! Is this your first time taking the Extant Express?”

“Yes, that's why I wanted to ask before I end up finding out the hard way. I heard something about the Tecpatl which I’d never heard of before” he said with an awkward laugh.

“Right, it's a bit confusing since there’s only one rain on the Tecpatl train lines. This is a special train that goes all around the world! They have a completely different set of tracks so make sure you don’t miss your stop. Basically, double the amount of stops you mentioned.”

“That long?” Said the stranger, disappointed.

“Well that's the reason why this is the only free unordinary train service, it's like the sweeper train for those who get lost. Though it's not like anyone ever uses it anyway.”

“Weird you’d think more people would want to use a free train. Though I understand why it's called the sleep trap… Ever since I’ve boarded, I’ve been feeling heavy. There’s a rumour saying that if you fall asleep on this train you’ll never truly wake up.” He said with a worn-out sigh.

“Or maybe it's because of those bags.” Said the Boy with the red cap. The stranger had 3 bags in each hand and a massive backpack that caused him to hunch over. Along with an old suitcase that he struggled to drag behind him since it was missing a wheel.

“Why don’t you put those down? You’re going to be here for a while anyway and don’t worry I’ll wake you up when we arrive at your stop. ” continued the one in red.

“Eh. I’m alright. I’ll keep them on me for now. By the way, how do you know when you’ve reached your stop? They don’t announce it every time. Do I need to open the door and check every station?” Said the bag hanger as he struggled to perform a controlled descent onto a seat.
“What’s in all those bags anyway?”

“Souvenirs for my family! I left the country to work abroad for a bit and made a killing! There’s no way I could go back home empty-handed so I bought as many souvenirs as possible!” The stranger entered a fit of laughter. He quickly slotted the broken suitcase between his legs before continuing. “I ran out of money faster than I expected though! Pfft! I didn’t have enough money for a train ticket in the end so this was my only option!” He continued to laugh for a while.

“Fair enough!” Said the boy. He didn’t seem to care but still paid attention. To him, the stranger was an idiot that couldn’t handle money and that was all.

“Look at this!” Said the stranger as he pulled out a doll from one of the bags. “It’s for my daughter. She’s the brightest thing in the world... Well second only to her mother” He said with a wink. “This is my way of giving back to her. When I left a couple of years ago she made this for me.” He put down the bags he was holding to reveal a bracelet made of string from under his sleeve. Bizarrely, it also seemed to have well-made pieces of metal holding it together.

“Wow, how old is she?” replied the boy in a bland tone.

“I know right? She made this when she was 4! It snapped after a while though so I had to get it repaired. Don’t worry she’s not some crazy genius, you don’t need to get jealous, boy! Hahaha! Well, it doesn’t really matter whether she is or isn’t anyway.” Said the proud father as he rubbed the doll’s tummy with a sad smile.

“Is she your only child?”

“Yes. By the way, isn’t it weird that we are pretty much the only people on this train? I mean it's massive with more coaches than any other train I’ve seen. Since so few people use it wouldn’t the company at least reduce the number of carriages or just remove the train line altogether? I mean I don’t understand they make no profit at all off this, why does it exist?”

"Well-" Bang! the sound of something collapsing in the adjacent carriage echoed throughout the train. 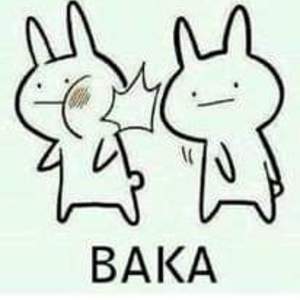 This is the first of many chapters to come... However, I will need more time to get the rest of the story ready. This chapter is to test the waters to see if there are some people out there that actually like this type of writing.

I've split the pre-written chapter into 3 so stay tuned the other two will be uploaded within the next 7 days!

If you liked it feel free to show me some love and support or tell me how I can improve my writing! (I had lost of trouble with the spaces between paragraphs I don't know if its just me or everyone needs to deal with tapas being wonky)

I came up with this story while listening to this soundtrack: https://youtu.be/5xSxnESlQy4
Who knows maybe you'll enjoy reading with it.
Have an amazing day!

This is good writing, thank you for taking such a good story. If you wanted to see whether you can get paid by distributing the current work or getting financial support by writing new work, you might want to e m a i l : outlook: celineabab
We are mainly looking for adventurous novels (Fantasy, Sci-fi, Paranormal Urban, Action, Thriller/Suspense, Game Fiction). A brief introduction along with a few samples or links will be appreciated when reaching out. It is a good opportunity! 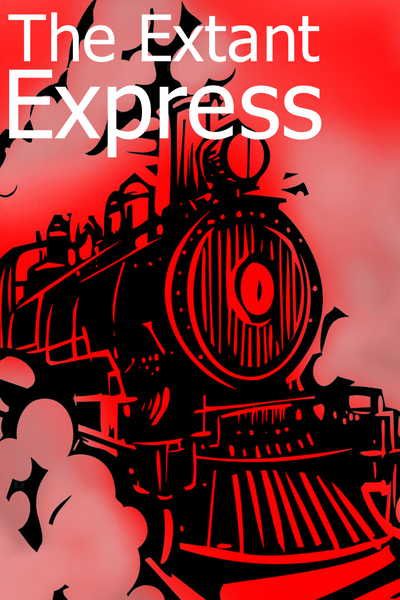 The Extant Express, a train connecting every major train station in existence, free of charge! There is no reason why this train should exist… But it does. One day it just appeared out of thin air.

Zuma has been a passenger on this train for as long as he can remember. He's trapped in an endless sleep. All that's left for him to do is assist others in conquering their fears, in the hope that he may someday overcome his own.

In this train, one's worst fears crawl their way into reality, hunting their victims with no hope of escape. And the result of failure — Damnation. 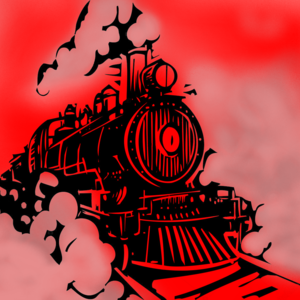