The Man Who Killed Death

As Nicole reached the facilities of Stratford Hill Military Base, instead of the usual nod, the armed soldier in front of the entrance gate raised his hand. She stepped on the brakes, halting her regular trajectory.

"Ms. Taylor, good morning! Colonel Dubken awaits you in building three today. Please take the lane to the right; you can park anywhere after you go past the pine woods."

"All right." She answered with a smile and drove on.

She had taken it lightly when the director of Stratford Hill Military Base called her early on Monday, begging for her help in a most unusual situation. That hardened, rough old Colonel didn't use to sound humble before civilians like her, but that time Colonel Dubken had even been well-educated and used the word "please" – what could indeed be a clue of the severity of the situation.

Stratford Hill was one of the institutions where Nicole worked as a psychologist specialized in the recovery of traumatized or convicted individuals and in their social reinsertion. An uneasy, stressful and sometimes depressing job that demanded the psychologist to be emotionally strong and balanced, and to possess an unshakable faith in the human being at large. Attending three, sometimes four institutions at the same time, two of them being military facilities, was consuming, but until that moment, she had been up to the task.

Nicole Taylor was a beautiful, 26 year-old single woman, with long curly blond hair and a little overweight, who had been evolving rapidly in her profession. She had been able to confirm it when she had attended a five-year graduation anniversary party organized by her former university colleagues – she was a way more successful and recognized professional than all of them, in their respective professions. As it should be, however, Nicole had almost no social life. For long she had been sharing the three-room apartment with Diana, her old friend from university, who would be all-ears for her from time to time. However, there were months when her housemate was the only non-work-related person she would have a conversation with.

That Tuesday morning, just twenty-four hours after Colonel Dubken had called her, Sargent Joseph Reintel, one of his subordinates, called again, and asked her – very politely, using the word "please" – if she could be there in person. The "situation", as they called whatever was happening in the base, had worsened, and they needed her help as soon as possible.

After driving about one hundred meters along the paved lane that cut the green frontal area of the military base, she reached building three – a wide two-floor rectangular structure, well-maintained and tidy but displaying no creativity in its simple and functional architecture. Nicole parked, grabbed her bag and her work suitcase, jumped out of the car and walked into the building.

Although Nicole had already met the middle-aged man, Sargent Reintel had such common features that it was hard for her to recognize him in those camouflaged uniform as everybody else she saw transiting inside the facility. He was standing by the reception counter, and as she entered the building, he immediately approached her.

"Good to see you, Ms. Taylor. Thank you for attending our request. Please follow me."

Nicole greeted the Sargent and followed him into the corridor to the right. They walked past several doors in busy installations, while many military crossed their way, all them performing their salutes one to the other. After some meters, they turned left, and then right, into another corridor that seemed to be more silent. They reached the third door; the Sargent knocked on it, opened it and entered. As Nicole wavered at the door, he turned back to her.

She stepped into what seemed to be a regular meeting room, with a couple of cabinets, an oval table surrounded by metal chairs and a TV monitor on the wall. On the table, there was a pile of sheets of paper and files. The monitor was on; a somewhat confusing black-and-white image of some men in a dormitory was playing in slow motion. Colonel Dubken, a tall, thin, white-haired and blue-eyed man in his seventies had his back to the entrance door, focused on the image, with the remote controller in his hand. He broke concentration with a deep breath and turned to Nicole.

"Ah, Nicole. Thank god you have come. Please have a sit. Would you like some coffee, water?"

"Good morning, Colonel. I think I will have a coffee."

As Nicole accommodated herself on one of the chairs, Dubken raised his eyes to the Sargent, who immediately nodded.

"Please, tell Fanny to bring a bottle with fresh coffee, will you? I also need some."

Reintel not only attended his request, but also understood that it was time for him to leave the room, and he did as such. Dubken turned back to Nicole.

"I'm sorry we had to insist on you to come, but... The situation we have here has taken a peculiar turn, and we... I... I want a professional... A professional assessment on what is going on."

"I see. Is it related to that last TA group?"

Management of Trauma Assessment groups was one of Nicole's main activities in the military facilities she worked. They consisted of a series of group-therapy meetings that ran parallel to individual treatments and recovery processes she applied mostly to war or violence-traumatized soldiers. However, that was not exactly the case...

"Well, maybe the subject will need to take part on one of those groups... However, for now... No, it's a different, isolated situation. In fact, we need you to have an assessment on one of our young soldiers that is in the jail of the base, in order to allow him to be transferred. Maybe to a secured military prison, or even to a mental institution, I don't know... But we need that to be treated as an urgent matter."

Nicole did not immediately answered. Given the fact that she was becoming a relatively known and respected professional in her field, to the point that even military people started to hire her despite having their own graduate personnel, she would not expect that kind of 'approach'. She was the person to say that someone should be transferred from a regular military facility to a mental institution or not. There was no such thing as 'assessing in order to transfer' someone. She was used to military who happened to be excessively objective or pushy in their requests, but that would be a rigged job. Corruption, in other words.

However, old Dubken was so anxious that he did not seem to understand the inconvenience of his words, nor did he expect a negative answer. He just moved on and reached out to the pile of papers in the middle of the table.

"You are going to be granted access to classified information, so..."

"I understand, Colonel." Nicole was quick. "Long before accessing classified information, which has become quite a routine for me, as you may know, I have sworn before a code of conduct which includes total confidentiality and protection of personal patient information."

"Very good. Very good. We know it. It's just that... Circumstances have become weird. We are doing our best to keep it here and avoid information leaking."

He cleaned some sweat from his forehead with the back of his hand while he spoke. Then he grabbed some of the files, slid them along the tabletop in her direction, and opened the one on the top, revealing a long form with basic data of a soldier. 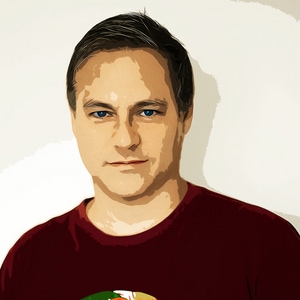 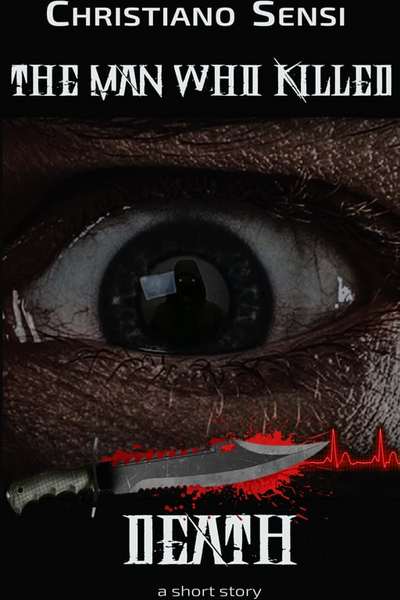 The Man Who Killed Death

In the aftermath of an unsuccessful secret rescue operation in the Indonesian jungle, two surviving soldiers from the Australian Army's special operations group are rescued - and, arriving at Stratford Hill military base, they seem to be on the edge of sanity.
When Burns, one of the surviving soldiers, insists that he targeted Death itself during the ambush, the commander of the base, Colonel Dubken, calls in Nicole, a young psychologist specializing in post-trauma recovery, for help. But their investigation enters ominous grounds when Awaba, the other survivor, though mortally wounded, seems to not die at all - and as increasingly strange events and a terrorizing mood overtake the military base, Dubken and Nicole begin to wonder whether Burns is indeed right...
Subscribe 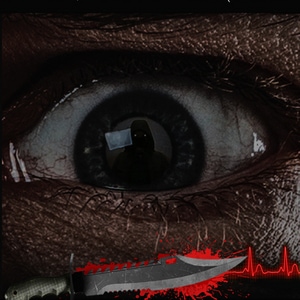