📣 Due to the nature of this novel, some chapters will be marked as 'mature'. For those that do not want to read these chapters, I will provide a summary in the following chapter.

Fairlight University was bustling with life. The campus was secluded, located on a hill overlooking a small Victorian town. The main university building was of similar age, a majestic chateau, its orange-red bricks meticulously polished. Over time, the university had expanded, and numerous buildings had been erected in the surroundings, most recently a six-storey library with a modern glass facade that stood in sharp contrast to the castle-like structure.

Surrey was a county of trees rather than architectural magnificence though and Fairlight had retained the atmosphere of the surrounding woodlands with ancient oaks and tall dark-green cedars.

But having grown up nearby, Ryvan had no eye for the scenic campus. It was the start of the new academic year and he headed straight to the Department of Management, housed in one of the older buildings towards the back of the campus. As a plain grey building, it neither possessed the charm of the chateau nor the modern awe-inspiring design of the library. But it fulfilled its purpose well enough.

Ryvan checked his phone, the dark screen briefly reflecting his features—soft, umber hair, resembling the colour of leaves as autumn approached, and brown eyes brimming with excitement. His skin was pale and flawless, much like his custom-tailored clothes.

His reflection vanished and the screen lit up as he received a message from his fiancée. Good luck! Ryvan smiled gratefully although it didn’t ease the nervousness that made his stomach tingle.

It was much quieter inside the old building, almost eerily so, and it smelled of old books and harsh cleaning materials. The way to the lecture theatre was clearly signed out, and Ryvan quickly found his destination, only separated from him by two doors. Only a small push and he could see the inside, students chatting, playing with their phones, or just being excited.

But suddenly the half-opened door resisted as if the building had recognised that he didn’t belong here.

“Watch what you’re doing, fucking asshole,” a hostile voice from beyond the doors greeted him and Ryvan realised that the door had hit someone.

“My apologies,” he replied quickly. “How thoughtless of me, I hope you aren’t hurt.”

But his opposite, a heavyset tough guy that probably spent more time in the gym than the lecture theatre, seemed to have little intention of letting him off so easily. “Look at that!” The guy held out his bag. “What if anything is broken? You seriously think a damn apology is enough?”

Ryvan froze. What a great way to start his new life! To make matters worse, a second student, as rough as the first, appeared behind the bully. “What’s wrong, are you fucking constipated, Colton?” With a tattoo covering half his face, the newcomer looked more like a prison escapee than a student.

“The kid here doesn’t know how to enter a room,” Colton explained, pointing towards Ryvan.

Ryvan clutched his bag. He hoped to vanish into thin air as the tingling in his stomach turned into sickness and cold sweat ran down his spine. Why was the lecturer not here? How come there was no security staff present? None of the other students seemed overly interested in helping him either, the scene only earned a few curious glances.

Just as Ryvan was ready to wave goodbye to his new life at Fairlight, a voice intervened, its tone nonchalant yet commanding. “Let’s not waste our time on that wimp.”

The two brutes stopped immediately. “You’re right, Taren,” the tattooed guy muttered. Although not without hesitation, they turned to leave.

Ryvan exhaled noisily; at least he was off the hook for now. His saviour, Taren, was more slender than his two companions—and slightly smaller than Ryvan—but nonetheless intimidating. And handsome, despite his messy black hair that almost reached his shoulders. His eyes captivated Ryvan’s attention: an icy blue sea with a hollow expression as if he had lost half of his soul, but also something yet to be known lurking beneath the surface.

Ryvan wanted to find out more, but he suddenly felt a hand on his shoulder, abruptly reminding him that he was still standing in the doorway. “Mate, the welcome lecture is about to start, let’s find seats.”

Ryvan turned around and as he looked back, Taren was gone. Instead, another boy was by his side, a wide smile on his freckled face. “I’m Milun by the way. I’m from France, I just arrived yesterday. What about you? What’s your name?”

“My name is Ryvan Nightingale. I’m from—” He stopped. Where was he actually from? His parents’ house was only a ten-minute drive away but it may as well be in a different world. Contemplating the question, he looked at the rubbery grey carpet with undefinable black stains from he-didn't-want-to-know-what.

Fairlight was an average educational institution, for ordinary students from ordinary schools. How could Ryvan explain that he had rejected Oxford University in favour of this place? Or that his family had more employees than there were people in this room?

Luckily, there was no need to finish the sentence as the two were interrupted by another student. “There’s space here,” a boy with big glasses and sand-brown hair waved enthusiastically.

“That’s my friend Wren. He sometimes acts a bit odd but he’s a chill guy most of the time. We met earlier today, we live in the same dorm,” Milun explained and walked towards the empty spaces, dragging Ryvan with him. The two students couldn’t be more different, Milun confident and a smile glued on his face; Wren with his sickly pale skin and meek attire.

The introduced boy nodded, his glasses wobbling. “Nice to meet you. What’s your degree?”

“Business and management,” Ryvan replied hesitantly. It was far from the arts degree he wanted but under the pressure of his parents, he had been left with little choice.

“Same!” Milun’s smile grew even wider. “I just hope those guys are not in our course,” he added in a more serious tone while pointing towards the back.

“Geez, they don’t look like management students at all. I wonder what they’re doing here,” Wren commented.

“Rumours say they’re in a gang. The one in the centre, I heard they call him the  Crow. Scary, isn’t he?”

Ryvan couldn’t help but look back. The Crow was none other than Taren, the person who had saved him, at least for the moment. He chuckled, the nickname was certainly befitting his unkempt black hair.

The alleged gang members were sitting in the last row, where the light did not fully reach them. Most students had kept their distance from the group, although Ryvan could see a few girls here and there pointing towards them and whispering. “Criminals wouldn't bother with attending a welcome lecture,” he said, although Milun and Wren were already discussing a different topic.

What was his mysterious saviour doing here? Had he really come to study? 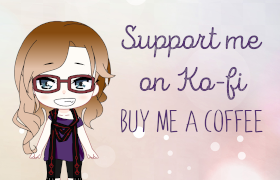 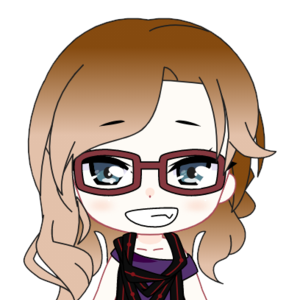 This is my first time publishing on Tapas, please be nice to me! I'm looking forward to hearing your thoughts in the comments ❤️ 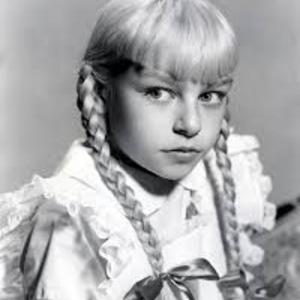 When a rich heir falls in love with a runaway gangster ·

Unsatisfied with his life in high society, Ryvan enters an ordinary university. Like a moth drawn to fire, he falls in love with his coursemate Taren, a former gang leader with a dark past. But as Ryvan unravels Taren's background, he makes a grim discovery. 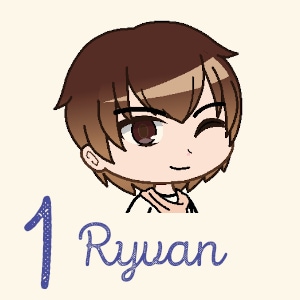