The Mummy: Beneath Sands of Blood

"This Creature is the bringer of death, and so is the Lady of Set. Should he rise, he will bring her with him, and they cannot be stopped."

THE HEAT OF THE DESERT SUN BURNED DOWN ON THE CITY, the city that bore the title as the crown jewel in the reign of the Pharaoh Seti I. Gold glittered from columns that guarded the city, as its people milled about, talking away as though this day was not about to set in motion the most terrifying legend in history. The legend of not only two forbidden lovers, but a third bitter one, and dark magic that could destroy the world.

But as the Pharaoh rode into Thebes, he knew none of this.

Nor did he know that high above him, treachery against him and the kingdom was unfolding in the form of a simple kiss. He rode fast through the gates of his city, guards and citizens alike falling to their knees as his chariot flashed past. They rose long after he was gone, the business of the market and their daily life resuming once more. One such woman was in the marketplace, a simple white linen drape shrouding the golden jewelry and skin markings that spoke of her high rank in the palace. Normally, servants were to be used for simple errands, but she was smarter than to use anyone outside her small circle of trusted men and women to do such an important task.

The basket tucked under her arms also happened to be covered with white, hiding the contents therein. If anyone should look in, they would see spices and figs, but underneath. . . Underneath were still innocent ingredients, but expensive. Too expensive for any commoner to be buying on such a normal basis as she had. In fact, she had gone to a different vendor today - the old vendor had grown too familiar with her face. Familiar, and suspicious. If he raised questions, she would take care of him herself.

Sandaled feet stopped on the stone, and her covered head raised, feeling the weight of distant eyes upon her shoulders. A small smirk passed her lips - for she knew high above that her brother was watching from a royal balcony. He had gone to meet his lover, but oh, how little did he truly know. The woman tucked her head back down and continued on her way, slipping past most of the guards with the help of one. These men did anything for a simple kiss, and a night of sex, really. How easy. At least they didn't believe any woman who slept with them fell in love the same instant. A lesson her brother could surely stand to learn.

Ahmanet slipped back into the palace.

High above Ahmanet's reentry into the palace, Imhotep was awaiting his lover. The thoughts crashing through his head were enough to make him almost nervous, but not quite. He was certain their plans would work. If not. . . he didn't want to consider the possibilities of what would happen to all three of them should this fail. It could not.

Footsteps made him turn. If any Goddess truly walked the earth, he would swear Anck-su-Namun was her living form. A Thebes native, she had become Pharaoh's Mistress. Any man would dared to touch her would suffer death at the hands of the wrathful Pharaoh.

Imhotep dared his wrath for even a simple kiss with Anck-su-Namun. He was truly, desperately, in love, and he believed she felt the same. How could she not? He would give her everything, make her queen of the entire world. She deserved that and more. He would rule at her side as her king, and they would bring a new era to Egypt and beyond her borders too. Everywhere. His sister would be there too, wielding magic to keep every citizen in line.

But now was not the time to consider this.

Anck-su-Namun, painted in gold and black and adorned with precious metals and jewels, strode forward, barely a glance cast at golden-skinned priests who stood among the statues of the Gods guarding the hallways. After she moved into the second room, they moved too - away to bolt the door and protect the secrets about to unfold between the Keeper of the Dead and the Favorite Royal Mistress.

Imhotep moved forward as well, robes swaying from the sudden motion. The woman ran a delicate hand over his face, before letting her hand fall back to her side. He in turn slide his hands to her shoulders, and leaned down.

A new voice slipped between the two, loud and sudden enough to break them apart - but neither of them noticed the black smudged on Anck-su-Namun's upper arm and the inky darkness that now stained Imhotep's hand.

"Ahmanet?" Came his hissed voice, and a furious glance around located his sister as she moved forward from behind the golden upright slab to their side. She threw off her white shroud, blue-tipped fingers moving over the material and then going back to support the weaved basket. Black and royal blue kohl lined her eyes - like the uniquely adorned Mistress, Ahmanet had her own unique adornments. Two lines of grey-blue tattoos, pyramid-shaped, ran down the sides of her neck and disappeared into her white dress. A precious-jeweled collar, filled with lapis lazuli and gold once again, rose and fell with every breath she took. It was laid across her neck, ending at the top of her breasts, attached to her sheer linen dress that hugged her slender frame and accentuated her figure. Her hair was loose for once from its usual squared updo. A simple gold circlet rested on her head now, one that almost rivaled Anck-su-Namun's serpent crown - but her crown did not denote royal status, but Godly status.

"You know it is too dangerous to meet now," she whispered out, praying her voice would stay quiet enough as not to attract any passersby outside the doors. She came forward, and did not miss the way Anck-su-Namun's eyes stayed fixed on her. "He has returned to the city. Go! Now! Before he discovers you in here!"

"He will not find us here! We have been careful." Nevertheless, the Priest cast another glance to the door, and this time it was fully nervous.

"She is right!" This time, it was Anck-su-Namun who interjected. "He will search me out first. You must go! Now!"

He opened his mouth to protest once more, but Ahmanet snapped her fingers. "No. If you are to get us discovered, we are all as good as dead. Or worse. Go, Imhotep!"

He could not argue with that danger, and with one desperate look to his lover, he fled the room. Or he seemed to, practically dragged away by the hands of his desperate Priests who were attempting to save his life. Ahmanet barely had time to retreat into the shadows before Pharaoh burst in. She watched as he spotted the smeared paint and snarled out something, only for Imhotep to reappear. Ahmanet nearly cursed, but she kept herself quiet and hidden as she watched the death of the ruler unfold before her. Upon Anck-su-Namun plunging the knife into her own body, she looked away.

A stray tear found its way down her cheek.

Anck-su-Namun's body was cursed, and that was to be carried out by Imhotep. A job Ahmanet knew her brother would perform, but renege on, so he could reclaim her from the dead. But the High Priestess of Isis had been gifted a vision by her Goddess and refused to participate, knowing it would lead to her brother's death - though she did not try to persuade him from stopping. Word reached her within hours of Imhotep's deeds, and his fate.

Ahmanet found refuge in the temple of her goddess, claiming divine immunity, where not even the next Pharaoh could harm her.

Perhaps it was magic, perhaps Hathor blessing her with love - but the next year found Ahmanet as the Great Royal Wife and Queen of Egypt, ruling at the side of the new Pharaoh, though it was not Nefertiri. (Nefertiti had been pushed aside when Ahmanet offered herself to the new King.) She concealed her relations to Imhotep and remained a quiet Queen, but even with Anck-su-Namun and her cursed brother buried deep in the sands of her home, she continued to plot.

It was two years, however, that she ruled at the side of the Pharaoh. Barely two years upon her throne, and then tragedy struck Egypt once again.

After that, no one is quite sure what happened to Ahmanet. 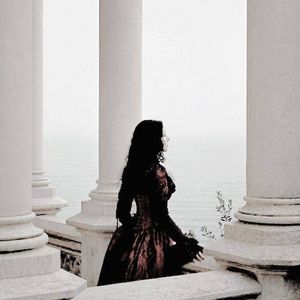 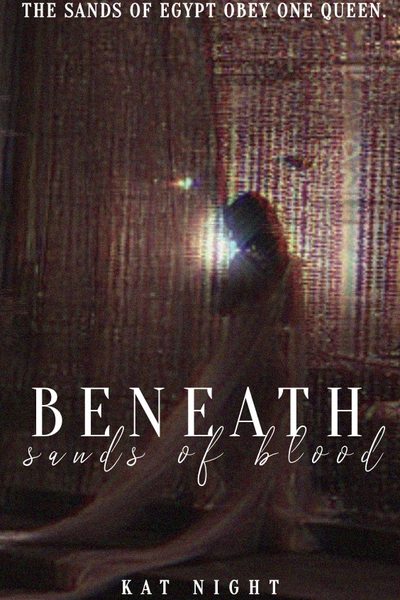 The Mummy: Beneath Sands of Blood

'Even the Gods fear what lies in Hamunaptra.'

The sands of Egypt are very much alive, and what lies beneath them defies man's worst nightmare. Three siblings and a soldier journey to the heart of the desert in their search for Hamunaptra, but they soon discover that the evil they feared beneath the sands is nothing compared to what's been at their side all along. She has played them from the very beginning and by the time they realize it, it might be too late.

If the Carnahans and Rick want to make it out alive, they'll need to use every bit of their wit and imagination to escape the greater evil Ahmanet, and stop her quest to resurrect her brother Imhotep, and the woman she loves, Anck-su-Namun.

The sands of Egypt have seen countless deaths. . . so what's a few more?
Subscribe 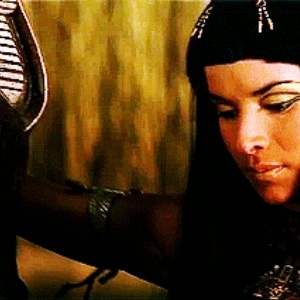