The Phantom of the Moon

Years have passed, my body growing weary with age. Everything has changed. From the air inhabiting my lungs to the ground, I walk on. Oh, how I wish to fly above the clouds, in search of you. Yet you are nowhere to be found. Perhaps the remnants of you are drifting in wind, without a care in the world. Dancing with each step you take. You haunt me, as I try and wrap my hands around your soul.

My frail fingers wrapped around themselves, you slipped right through my grasp. A feeling of failure settled within me, "Where have the years gone?", I thought to myself.

My worn out feet trembled as I dragged them along the ancient wood flooring of my quaint cabin that sits peacefully in the darkest corners of the Woodlands. Reaching into a drawer, I pulled out an old photograph containing two young women. My reserve quickly wavered as I stared at the slightly older woman's smiling face. She was someone I knew very well, well enough to know the smile painted across her features was just a mask used to hide her true feelings. The best way to describe our relationship is a couple of old friends. But we were so much more than that, to the point where I cannot put the relationship into words.

What has this world come too, M'lady? Would you shiver at the sight or would your face hold your priceless smile that calmed any anxious soul that happened to so much as gaze your way? For you always knew what to do, even in the darkest of times.

Just as the first tear was about to escape my grasp, tiny footsteps joyfully echoed off the halls. With quick swipes of my hands, the tear dissolved into my warm flesh. Vanishing from view, taking distant memories with it.

"Grandma! Grandma", cried my two naive grandchildren as they burst through my bedroom door without any hint hesitation. Abruptly the two stopped in their tracks, my scolding gaze burning deep into their hearts. The oldest, Maeto, cleared his throat suddenly. Taking quick steps backward until he stood side by side with the ancient oak door. I watched silently, as his boney fist knocked against the wooden frame. Both Maeto and his younger sister, Minerva, waited. Seeing that they could barely contain themselves I did not stall, inviting the two trouble makers into my room with open arms. "Now, now my little ones. What trouble have my beloved grandchildren got into this time", I said with a smile. The slight upward movement of my lips resembles that of a stoic mask slipping into place. A method I learned from you. With that all past memories and emotions sunk below the surface of my subconscious once again, allowing me to focus all of my attention on Minnie and Maeto. In an uncharacteristic manner, Minerva stepped back from my embrace. Her petite chin trembling as she spoke above her loud-mouthed brother. "M-Maeto t-thinks you made up the story you told us last n-night!", Minnie stated whilst voicing her brother's accusations. Before the little princess could finish her statement, Maeto cut in. "That's because it's just a fairytale Min, stop being so naive!", Maeto declares before snorting at his immature sister's beliefs. Before I could get one word in the two dived head-first into one of their famous sibling squabbles. Screaming back and forth how the other sibling was wrong, bringing forth an onslaught of bickering from the insulted sibling. Having enough of their antics, I took a sharp intake of breath. Letting out a sharp and to the point whistle, grabbing both Maeto's and Minnie's attention.

"Keep in mind Maeto, just because it's a fairytale does not mean there is no truth to my words." I whispered, barely above the soft wind that traveled through the walls of my lonely cabin. An eery feeling settled in between my aching bones. Turning my back on the young ones, I stumbled across the floor. The chill of the abandoned floor boards kissing the bottoms of my bare feet as I approached my chair. My soul cried out, in a fit of coughing, as I lowered my body onto my favorite rocking chair. Behind me, footsteps could be heard as Minnie sulked over, my hand-made quilt in tow. Softly the child spread the blanket over my body. My worn skin struggled to make my lips into a half smile while I called Maeto over, "Maeto, darling, come over here. I will tell you the next part of the so-called fairytale, as you put it".

Once upon a time, on a dark and stormy night...

The dark silhouette of a young man stumbled down a dark hallway. The bottom of his expensive loafers scrapping across the red carpet while he stumbled along, the bitter smell of alcohol emanating off his strong structure. The young man, a lost soul, struggled to find what he was looking for. If only he knew what that something was, perhaps he would have better luck finding it or them.

With the sting of tears forming in his eyes, the young prince dropped the vintage glass holding only the tiniest drops of his remaining scotch. The pulses of his brain surged forth, pounding against the bones making up his cranium. Fingers found their way to his scalp, digging deep into the soft flesh. Just like the shards of the broken china, laid out on the floor, the prince crumbled into tiny pieces. A haunting voice wreaked havoc across the prince's cerebrum, not easing up even for a moment.

In one fluid movement, the prince smashed his fist into the broken glass laying by his side. "Shut. up.", scowled the young man, his voice so sharp and accurate it could cut through even the toughest flesh. However strong the violent movement may have seemed, it was nothing but the adrenaline pulsing through his veins, a gift from the voice haunting his consciousness.

"You could be so much more. If only you'd..." A scream of utter agony and fear cut the hoarse voice off. Startled, the young prince looked back and forth. Scanning the halls for any witnesses to his unruly demise. But, there was no one except the voice haunting the man's mind. The scream of protest must have come from him.

"Kill... ". A voice sounded from behind him, the gentle caress of paranoia engulfed the prince. Slowly, he turned around, catching the gaze of an unknown person watching him. The cold-body moved closer and entered the light of an antique lamp that sat quietly on a wooden surface nearby. As he entered the light, the prince's face distorted into one of confusion. The prince was looking into a pair of dark orbs identical to his own. The moment the two sets of pupils met for the first time, a wave of catastrophes was set in motion. Unknown to the future events that were set in motion, the prince suffered a mental break. All of the emotions that were once set in stone faded away, leaving only one. Rage. There was nothing any normal mortal could do for this young man now...

Calmly, the prince stalked forward. Starring straight into his very own soul. The realization had not fully sunk into the prince's bones, not yet. The two moved in sync, placing their hands together as if he was just peering into a mirror and this was all just a bad dream. Oh, how he hoped this was all just a nightmare. In a state of concentration, the true prince stared at the flesh that pressed against his own. Except, the sound of his own voice brought the prince out of his trance, "Kill. You know you want to", whispered the double.

As those words seeped into the air, the prince's once soft features shifted into that of unquenchable anger. With a new fond, uncontrollable, strength the prince acted in desperation. Cruelly ripping into the flesh of the shadowy figure. Tearing the body from limb to limb, leaving nothing to the imagination. Blood splattered, covering the prince in his sins. Along with forever staining his mother's favorite carpet. In a final act of exhaustion, the prince sank to his knees. "P-please, just l-leave m-me alone", sobbed the prince as the human's screams, although being caught off moments before, echoed off the walls of his fragile psyche.

With the last breathe of the being taken, a fog was lifted. The prince's vision cleared and what he saw in front of him would be forever engraved within the walls of his mind. Tears leaked down the prince's bloodied cheeks as he stared at the remains of an elderly servant, one who had served his family for many generations. Helping raise the future rulers of the Woodlands in any way she could.

The prince had done the unthinkable. Not only did he murder an innocent woman, but he had also just unleashed a monster onto the kingdom he loved so dearly... 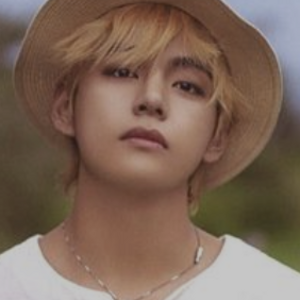 That's all for now guys! Thank you so much for reading!

Now, I know what you guys may be thinking: "HOTARU WTF DID YOU JUST DO?!??!". Calm thy self and trust me! It's all apart of the plannnn. Trust le plot <3

I hope you all are having an amazing day, night, evening and I will talk to ya'll in the comments or next chapter! 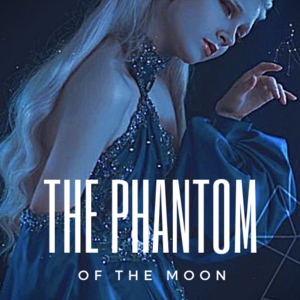 The Phantom of the Moon

Once upon a time, lived two beings who, under normal circumstances would have never meet.
However the two children, born of the moon and of the twilight, are both cursed creatures destined to walk a path of destruction together. Hand in hand.

Both with their own roles to play.
The child of the moon, destined to rise above.
And the child of the twilight, to leave a trail of ruin in his wake.
The two opposites, star crossed for all eternity. But will they stick to their roles? Or does fate have other plans?

No matter, this is just a fairytale after all. But, keep in mind all fairytales have some truth to them...
Subscribe 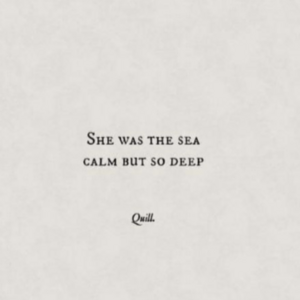