Taegen leaned back in his seat at my side and nudged me with his elbow. “That’s hardly the response one expects from a man on his way to a brothel.”

Despite my misgivings about the evening, I managed a wan smile. “But surely it’s the response you expected from me. I’m not nearly as at home in such a setting as the two of you.”

“Don’t lump me in with that reprobate,” Lorant protested from his seat across the carriage, flinging a dismissive gesture at our prince.

“Reprobate though I may be,” Taegen admitted with a grin, “you’ll both be thanking me for it tomorrow, mark my words.”

By all accounts, we shouldn’t have bothered with any diversions that night. We had been traveling for days and had days more ahead of us; our stopping in Vallerie should have only been to rest and resupply. Yet as we’d entered the city, my cousin had started in with tales he’d heard of a famed brothel “unlike any other,” an establishment called The Flower Bed. It didn’t surprise me to hear that he was interested in such a place, knowing what I did of his lifestyle back home in the Elvin Empire’s capital city—but I was a bit shocked that he was insisting Lorant and I go with him.

“You’ve not told us what about this place makes it so singular,” Lorant went on. “If you’ve seen one den of iniquity—and I’m certain you have, Highness—you’ve seen them all.” As a captain of the Imperial Guard, some ten to twenty years older than us, Lorant had significantly more discipline than my cousin or I could boast. Small wonder that Taegen’s promises didn’t tempt him.

“That, my friend, is where you’re wrong.” Taegen remained supremely unbothered, tossing fair hair out of his eyes as he mused. “I’m told that a man hasn’t truly lived until he’s visited the Flower Bed and enjoyed its charms. That there are women so lovely and skilled in their craft that no man can resist their wiles for long.”

Lorant rolled his eyes, and I remained silent, gazing out at the darkened city streets as we continued through them. I was quite certain I could resist any woman with little to no effort, as their ‘wiles’ had never held much interest for me. Taegen knew of my preference for men, so I would’ve expected him to realize that and spare me what was sure to be a disappointing evening.

“And it’s my understanding,” he continued as though he’d read my thoughts, magicking a gust of wind at me for my attention, “that beautiful women aren’t all they have to offer. There’s something for everyone, as it were.”

I raised an eyebrow, intrigued. “In a human kingdom? That’s surprising. They’re typically too prudish to allow that sort of thing.” All the more reason to keep my inclinations to myself while away from home.

“Haven’t I told you Rilleaud is different? Some would even say this country is as debauched as our own beloved Empire,” Taegen snickered, lazily performing the one-handed obeisance used for our homeland. “The city of Vallerie, especially. All I ask is that you both approach the evening with an open mind. If you can do that and still find you don’t enjoy yourselves, I shall never again force my libertine ways upon you.”

We reached the inn where we would be staying the night, in theory, and our party of three dispersed into individual rooms. It was a nice enough boarding house, far nicer than the one previous on the borders of the Empire. My room was spacious, if modestly furnished, and the air was quiet enough that my thoughts quickly sought to fill it.

I appreciated my cousin’s intentions, of course. These diplomatic ventures on behalf of his aunt and uncle, the emperes, were often bland affairs despite his efforts to enliven them. It was understandable that he should want a night to enjoy himself before we met with Rilleaud’s royal family. And really, if he was right, if there would indeed be more appealing…options for me, I supposed I should take this a bit more seriously. If nothing else, he’d made it clear that the Flower Bed was no alleyside bordello, so I wouldn’t want to embarrass myself by being underdressed.

Still somewhat unsure, I nevertheless made myself presentable after the day’s travel, washing my face and changing into a fresh—and admittedly more sophisticated—ensemble: belted batiste tunic, twill trousers, samite cloak. Taegen was sure to be in his princely best, so it only seemed right that I hold my own next to him.

True to form, when he came to retrieve me, he was adorned in silk jacquard and soft leather, blond hair swept back from his eyes. A still-reluctant Lorant waited at his back, diligently scanning the corridor as if expecting an attack. His official capacity on this journey was as my cousin’s bodyguard, which was likely the only reason he’d agreed to accompany us to the Flower Bed.

“Why look at you, cousin,” Taegen said with a grin. “One might think you expected something to come of the night.”

“You’re already dragging me along against my will,” I reminded him flatly, following him down the corridor. “Spare me the surplus teasing, if you would.”

“Hear, hear,” Lorant agreed, and Taegen waved us off with a sigh.

“How nice to know my two most trusted companions tire of my company so quickly.” He led us from the boarding house and along the lane deeper into town, seeming quite confident in himself despite having never visited the city before. Our journey ended in the midst of the town at what appeared to be a shop like any other. Light shone from within curtained windows, but it was otherwise unremarkable.

“Are you certain this is the correct address?” Lorant asked, echoing my skepticism. “Who gave you this information? If they were having you on—”

“So suspicious,” Taegen said, shaking his head and pulling the door open. “That serves you well as a soldier, my friend, but it’s not necessary here.” He strode into the building, leading us through the entryway and past thick velvet curtains into a dimly-lit antechamber. On the far wall was a heavy oak door, guarded by a single richly-dressed sentry. His posture was impeccable, his face obscured by a volto mask of gleaming silver. At his side was a table on which rested several rows of black half-masks. After a moment of regarding us through dark eyes, observing my cousin’s tapered ears and fine garments, he spoke with a notable Rilleaudin accent.

“Prince Taegen,” he said, inclining his head. “Welcome to the Flower Bed; we’ve been anticipating your arrival.” In my periphery, I saw Lorant’s eyes narrow suspiciously. 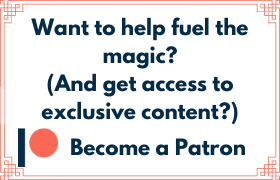 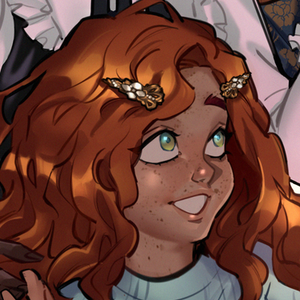 In which poor Jaonah has never been to a brothel in his life.
If you're enjoying the story, please like and subscribe to let me know! 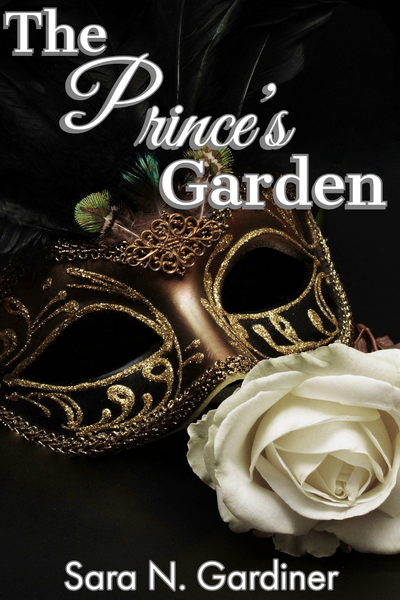 What do a prince, a prostitute, an assassin, and a spy have in common?
They happen to all be the same person, for starters. |
While accompanying his cousin to a diplomatic meeting with the king of Rilleaud, Jaonah ends up in an exclusive brothel, where he shares one impassioned night with a prostitute named Oleander. When Jaonah shows up at the royal family's home, he again encounters Oleander--or rather, Prince Alfonse of Rilleaud. It quickly becomes clear that this isn't the only secret Alfonse has, and getting caught up in his clandestine affairs is hazardous to one's health. So why is Jaonah so determined to get closer to him?
Subscribe 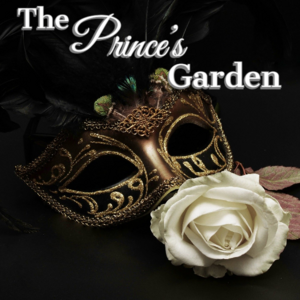