This would be the last time, Alfred swore as he walked down the hallway.

Those bloody cowboys from Ramkin Co and their bloody ‘efficiency’. Can’t even do a simple cleaning right.

Susanne, his junior engineer, woke him up in the morning and showed him the fuel consumption charts for the last three days. Somewhere between the fuel tanks and the main chamber, there was a leak.

A leak which only Alfred could fix since only he possessed the dual training of fuel engineer and cosmonaut. Although his title was actually Head of Engineering, the job came with the requirement of being able to do spacewalks. Which was only covered by being certified as a Level II Astronaut, or in Alfred’s case, Cosmonaut, since he trained in Krakow.

“I think I’ve isolated the source of the leak to one of the valves going to the main chamber,” said Susanne, “I ran a diagnostics check on it, but it seemed fine.”

“Diagnostics are mostly bollocks”, said Alfred, “They don’t check for seal integrity, only if fuel is getting from point A to point B.”

Alfred felt a pang of guilt at being so curt, she had noticed the leak after all.

“Still, the manual says the first thing to do is run a diagnostic, so that’s fine”, he said encouragingly.

Susanne looked up to him brightly, “So, what’s the next step boss?”, she said.

“Well, now I need to go out there, find the leak and patch the bugger. We’ll need to shut down the main tube for at least a couple of hours”, Alfred answered.

Susanne looked down and in a small voice said, “Mr Kurniakov won’t like that.”

“Mr Kurniakov doesn’t have much of a bloody choice”, Alfred answered, “Fuel leaks are one of the few things that are consistently punished. So it’s either shut down for a while and fix it or get shut down for a long time and then pay an eye-watering fee.”

Unfortunately, Mr Kurniakov did believe he had a choice. Through a mix of Intrussian, Novo-Esperanto and Romansh insults that chastised Alfred and his whole family going back five generations, Mr Kurniakov battled with Alfred for at least two hours on the matter. Relenting only when Alfred showed him the scans, the numbers, and reminded him of the consequences of non-compliance with the ISA standards.

“Beautiful thing about engineering”, said Alfred to Susanne as they exited the office on their way to the station bay, “It’s not a matter of belief, the facts are the facts.”

Alfred started getting his rig set up, it was an older model but serviceable. The rig had been slightly modified recently with some minimum comforts like padding in the joints to alleviate the welts that sprung from the constant pinching.

Hoare, head of operations for the station, talked to him via the suit’s com.

“Atmosphere outside the station is looking good. Some minor radiation coming in, but it’s probably just from some other mining operation, nothing dangerous”, Hoare said reassuringly.

With all the preparations done, Alfred stepped out unto the station bay closest to the main pipeline. He checked his diagnostics for the last time. Suit seals were OK. Oxygen levels were nominal. The temperature outside was roughly 2.73 Kelvin, more than enough to kill him if there was a tear in his exosuit.

The suit’s decompression warning light lit up. A yellow bulb in a recessed hole warned Alfred that the bay doors would start to open. Several tons of metal screeched as they moved to open up to the infinite blackness of space.

Alfred pushed the button on his suit’s propeller and moved out. He turned around to grab the railing right next to the bay doors and shimmied himself along, stopping every couple of meters or so to check the pipes.

It took Alfred about 20 minutes to find the leak, and an additional ten to patch it.

“Susanne, come in”, said Alfred into his com.

“I’m here boss”, replied Susanne, “did you find the leak?”

“Sure thing, it will take me five minutes.”

Alfred untethered himself from the pipeline and took a moment to turn around.

Even though Earth was a half million kilometres away he could still see it just fine.

A whole world of bastards, run by Hive-Corps and Mega-Zaibatsus.

Alfred did not consider himself bitter, by this point he was more acidic. After being denied a further promotion at his old company, he quit and took a job with Rusalka Corp. Sometime later his wife left. He had now been working with Rusalka for about six years. The job was tough, but it kept him in his hobbies of tobacco, gardening and brewing.

“Come in Prawn Two”, buzzed the voice in his intercom.

“We’re detecting a radiation surge heading your way It’s too big for a simple wave, might be debris.”

Not unusual, thought Alfred, fairly common in The Yoke, the loose ring of artificially anchored asteroids that were mined around Earth.

Alfred switched off the heads-up display of his suit and looked around. Nothing but the usual blue-blackness of space with small pinpoints of light messily scattered here and there.

“There is nothing there Actual”, said Alfred.

“Are you sure Prawn Two? Our sensors indicate a heat and radiation signature.”

Alfred once again switched his display. A combined optical and thermal overlay. On this second scan, he did notice a purple spot 15 degrees to the right or so from his position

What could you be? thought Alfred. He could swear the spot was getting bigger.

He switched to another sensor type, one that measured speed. Perception could be skewed in space, it could only be used for simple confirmations, for everything else, there were instruments.

He checked the purple spot’s speed. 100,000 kilometres per second. He checked again, and again.

That’s impossible, that is roughly one-third the speed of light.

“I’ve got visual confirmation. Can you check the object’s speed and direction.”

Alfred looked back up, the spot was definitely getting bigger.

What could it be? Their station was located quite far from any other mining operation. And even if the debris came from another station, how could it possibly travel this fast?

His train of thought was interrupted by a buzz from his com.

“Actual, I can’t understand you, the connection is weak.”

Susanne’s strained voice came in, “Boss! Get back into the station!”

Alfred had turned around to reach the com system knobs on his shoulder. When he turned back around the incandescence of the debris nearly blinded him. It had gotten much closer.

Alfred switched on his helmet’s protective screen. A pentablack film was electrically pulsed throughout his visor, obscuring it. He pulled up the speed and acceleration instruments and did a couple of calculations.

The blasted thing is headed this way.

Alfred inhaled, even through the suits reinforced seals the slight metallic taste of the vacuum settled into his mouth.

It would take him more than 20 just to reach the station’s access port.

Not enough time to make it.

His next thought came unbidden.

But more than enough for everyone else if I work quickly.

Alfred switched his suit over to automatic mode, with just a timer and a small graphic showing the object’s speed and direction displayed in his main heads up display. Using his administration credentials he got access to the station’s emergency modes and triggered the emergency protocols. Liquid ceramic and lead composites were pumped into the station’s cafeteria walls, the most spacious part of the station which also contained emergency supplies for up to six months. A message went out to the entire station instructing all personnel to make their way to the cafeteria.

To drive the message home, Alfred took control of the station’s comms.

“Personnel of Bohdan-I station, this is Head of Engineering Alfred Garcia. A foreign object is currently making its way towards the station, it will make contact in about seven minutes. Unless you want to die, make your way as fast as possible to the cafeteria.”

That lit a fire on their tails.

Through the station map, Alfred could see that most of the personnel were already halfway to the cafeteria. Except for two people in the operations bay.

“Not until you’re back in Prawn Two”, answered Hoare.

“No time Actual. I’ll seal the hatches once everyone is in the cafeteria.”

There was a pause.

“Won’t need much luck past the five-minute mark Actual, but thank you.”

Alfred heard a laugh holding hands with a sob. He turned off his comms and saw the last two little green dots move into the cafeteria. He sent the ‘Finish Seal’ command and the entire station groaned as the hatches leading to the cafeteria were sealed and filled with more composite. With a sound like that of a giant getting his tendons cut, the explosive propulsion device attached to the former cafeteria separated it from the rest of the station. It would not be enough to reach Earth for sure, but enough to get it closer and by this point, the emergency broadcasting equipment inside would have become active.

They are safe now. All I need to do is wait. Only two minutes left.

He breathed easily as if the idea of dying did not perturb him. Perhaps it was because his life had been so badly lived. From his miserable infancy with his priest father in Truro, to his early teenage years spent in manual labour, getting drunk at pubs, handing a beating to sailors when he needed to decompress, to finally stumble into a Chemistry degree.

Alicja had been his first true friend, a fellow chemist, and truly brilliant. He sometimes wondered if she married him just to not have to return to Breslavia. He had truly loved her. It had been all the more shocking when she left.

Her leaving did not matter anymore, not really.

Who would miss him?

No humans for sure.

The only living thing that would miss him would be his brewing yeast.

Actually, Alicja was a much better brewer. The yeast probably misses her more.

The suits alarms interrupted him, Alfred turned them off as well as the pentablack cover. If he was going to die, he would at least like to know what was going to kill him looked like.

The thing was most certainly not debris. It looked more like a wall. It was perfectly square and bordered by gradients of primary colours.

Three things stood out to Alfred. One was that he had not already been cooked to a crisp. The second was that at the centre of the wall he could swear he saw what looked like a snow-capped mountain. And the third one will forever remain a mystery.

The wall hit Alfred and all was black. 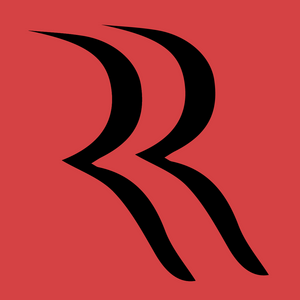 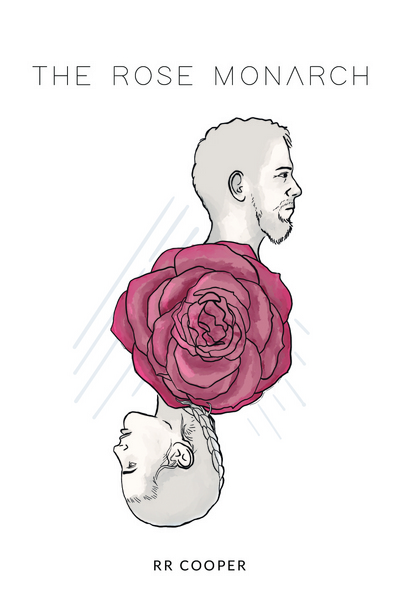 Albert is a chemical engineer working on a mining station surrounding Earth. Rhiannon is the captain of Her Majesty's Guard. A tale of adventure, chemistry, intrigue, cos-gangs, romance, trolls, and brewing awaits you in "The Rose Monarch" 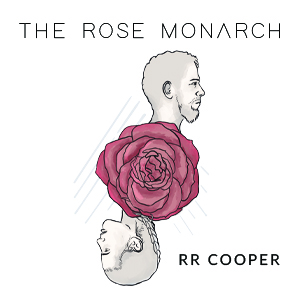